With qualifiers looming, key questions remain to be answered for CanWNT in South Korea friendly 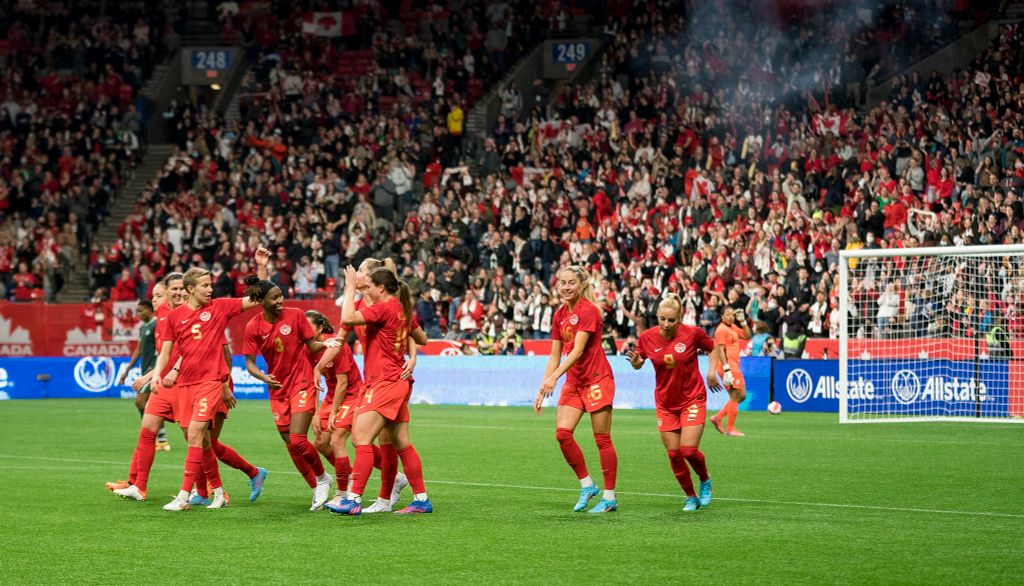 VANCOUVER – With the 2022 CONCACAF W Championships now less than two months away, the CanWNT finalized their preparation plans for that tournament this week, announcing on Wednesday that they'll take on South Korea in a friendly at BMO Field on June 26th.

And in what will be their first match back in Toronto since May of 2019, when they sent off the team to the 2019 World Cup with a friendly against Mexico, this will be a great chance for both the team to reconnect with the city, as well as prepare for those Championships, which will be held in Monterrey, Mexico, in July of this year.

Because of that, that makes this South Korean clash key for Canada, giving them some valuable preparation against the 17th-ranked side in the world right now, which is great considering what awaits them in the summer. Especially when you factor in that Canada is fresh off of an April window where they learned a lot in a pair of games against Nigeria, winning one match 2-0 and drawing the other 2-2, this will give them a chance to both take what they took from that window, while also pushing them towards those high-stake matches, which is exactly what they need right now.

So as they get set for both this South Korea friendly, as well as the Championships, which kick-off for Canada with a match against Trinidad and Tobago on July 5th, here’s a look at some burning questions that Canadian head coach, Bev Priestman, will look to answer at this camp.

Knowing what's at stake for them at the Championships, where thanks to some tweaks to that tournament, Canada will be able to qualify for the 2023 World Cup, 2024 Olympics and the 2024 Gold Cup, this will be Canada's last dress rehearsal before games get very real, very quickly, making this friendly an important one for Priestman and company.

There is no doubt that this Canadian team might be one of the deepest that they've ever assembled. As a result, they've been really able to rotate through several names at different positions in the five games they've so far played this year, often not missing a beat for the most part.

At the same time, while it's never bad to have too much depth, it does create a bit of a headache for Priestman, who must now whittle down her team to 23 players ahead of the Championships.

And considering that she called in 29 players for the April window, that shows that there is still work for her to do in order to get down to that number of 23. Because of that, it'll be important that she gets clarity on a few important positional battles in this camp, allowing her to do that with ease ahead of July 5th.

Starting in goal, where after Kailen Sheridan, the hierarchy remains unclear following the retirement of Stephanie Labbé, and shifting to other positions such as full back, midfield and forward, where there are plenty of players fighting for just a few spots in each of those situations, there will be some hard decisions for Priestman to make at each of those respective positions.

The good news, however, is that this isn't Priestman's first rodeo in squad selection.

Considering that she had to originally figure out an 18-player squad for last year's Olympics before it was later extended to 22, she has navigated harder tasks before, giving confidence that she'll be able to repeat what she did then, which was to put together a gold-medal winning squad.

But while there's no doubt that there's a lot of talent in this Canadian squad, leading to this selection headache, there's also the challenge of figuring out how to make the most of said players on the pitch, too.

There, Priestman also faces a big challenge, as she continues her quest to try and reshape Canada's tactical identity this World Cup cycle, moving Canada from a defence-first team to more of a fluid, two-way outfit.

And as seen during the April window, there is still a lot of work to do there, leaving Priestman with plenty of questions still to answer in that regard. For the most part, the framework is solid, as shown by the fact that Canada generated a whopping 43 shots (including 19 on target) in their two matches against Nigeria, but it still feels like Canada has more to give in attack, leading some to wonder if a formation switch could be in order for Priestman to help change that.

During her tenure, she's mostly gone with a 4-3-1-2, especially since the beginning of the Olympics, but given that Canada remains a mixed bag in the attack, it's only fair to ponder if a switch to a 4-3-3 or even a back three could be in order.

So as they get set for this South Korea match, it'll be intriguing to see if that 4-3-1-2 sticks around, or if some tweaks are coming, giving Canada a bit of a new look ahead of the summer.

Either way, however, one thing is for sure - the tactics are continuing to evolve, but it remains to be seen if the formation will be one of the areas where we’ll see change.

Lastly, on an individual standpoint, the biggest question Priestman faces will be with her captain, Christine Sinclair, who by the time the Championships kick-off, will be 39 years of age.

As the all-time international goalscorer and longtime Canadian standout, there is no doubt that as long as Sinclair is playing, she'll be a key part of this team.

But while her presence in this squad will be in no doubt, the same can’t be said about her role within the team. In fact, as seen in April, where Sinclair played both as a starter and a super-sub across the two games, that is about as murky as ever, making it hard to tell what her role might be at the Championships.

Because of that, figuring that out will be a key priority for Priestman. As seen in both games, where Sinclair did everything but score in her stint as a starter, before changing the game with a goal to remember as a super-sub, Sinclair's importance to the team doesn't remain in doubt, it's just a matter of figuring out how to best wield the influence that she brings to games.

For what it's worth, considering that she started all but one of Canada's six games in Tokyo, keeping her as a starter seems to be the smart bet for now, but as new attacking options emerge, the possibility of using her as a super-sub does remain tantalizing, as well.

Christine Sinclair is magical. Give her a millimetre, and she'll score a GOLAZO

What a goal from the all-time top international goalscorer#CanWNT/#CanXNTpic.twitter.com/tZm6YtSyCq