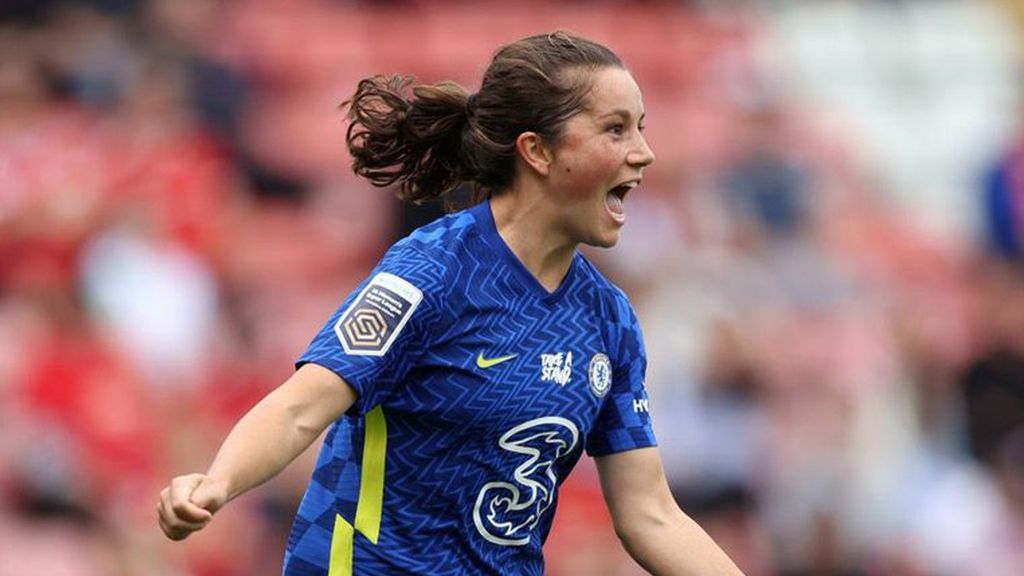 In the midst of a breakout season for both club and country, Jessie Fleming hasn’t just blossomed into one of Canada's brightest stars – she's fast becoming one of the best players in the world, period.

A key contributor for Chelsea this season as the Blues nabbed their third consecutive FAWSL title, Fleming has shown remarkable growth in just her second season as a professional.

Ahead of this Sunday's FA Cup clash vs. Manchester City, Fleming revealed to the Athletic’s Florence Lloyd-Hughes the secret behind her successes this season – namely, hard work, patience, and a bit of perspective.

"When I came to Chelsea, I knew it was going to be a challenge," Fleming tells Lloyd-Hughes. "I've just tried to maintain good habits every day and get the most out of our training environment, and have an underlying trust that I would get opportunities to play more minutes, and play a bigger role.

"Something that has resonated with me that (my teammate) Sam Kerr is quite good at is having the ability to not take yourself too seriously," she added. "I can be quite an intense and serious person, in training and on the pitch, just in general … which is a good thing because part of it is just me being competitive. But when you make mistakes, if you take yourself too seriously, it makes improving quite difficult.

"Sam brings an intensity when she needs to but she doesn’t take herself too seriously. She’s willing to make mistakes in front of others and not be embarrassed. She works on the things that she thinks she needs to improve."

Along with the 5 goals and 1 assist she’s added for the #CanWNT/#CanXNT since the start of 2021, she’s been on some run these past 16 months

Fleming is looking to maintain a similar perspective, as her Chelsea side look to pick up the cup double against a Manchester City team that stunned them earlier this year in the League Cup final.

It hasn’t been easy to get to this point for Fleming, but thanks to that formula, she's found that next level as a professional, making occasions like this a regular occurrence for her as of late.

And, given her key role for Canada – who will look to rely on her as they tackle the pivotal CONCACAF W Championship later this summer – she'll look to also bring that perspective to every time she represents her country now, too, continuing her role as a key contributor for Bev Priestman's side. Much as she showed at the Olympics last year, this is really starting to become her Canadian team now, in more ways than just her play.

So as more and more Canadian players make the jump to top European clubs, Fleming can be a key leader for those looking to understand what it takes to be at the top, making her words of wisdom a good tale for those who are now about to follow in her footsteps.

"When I first came to Chelsea, I had the awareness that I was coming to improve as a player and that takes more time than some people appreciate," Fleming noted. "I needed to learn some things and adapt some parts of my game. As much as I would have liked it to, it doesn't happen overnight, or even over weeks.

"It's something that happens over months and years. Part of it is being patient and improving some of the weak points in my game that, coming into a club like Chelsea, were highlighted more."