At least, that's the formula the Canada’s Women’s National Team and Chelsea have turned to of late, as the 24-year-old midfielder just can’t seem to stop scoring for club and country.

Not only is she ruthlessly effective in front of goal ... her tallies always seem to come right when her team needs her most, too.

A look through her seven goals for the Blues this year tells that story.

A lone goal in a 1-0 Chelsea win over Aston Villa in the FAWSL in November? Check.

The opener in a huge 4-0 league win over Manchester City a week later? Check.

The winner in a 3-1 League Cup semi-final win over Manchester United in February? Check.

Or how about her most recent tally; the winner in a 5-0 league win over Reading, a result that now has her club top of the table with just 4 games to go?

That form has extended over to Canada, too. Since the start of 2021, she leads the team with 5 goals – all of them big ones – making it hard to pick one most memorable.

So in a sense, we should’ve seen how the story was going to go for her latest goal, which came this past Friday against Nigeria in their gold medal ‘Celebration Tour’ friendly at BC Place.

Despite it being a game to honour the heroes of yesteryear, like B.C. legend Christine Sinclair and goalkeeper Stephanie Labbe, to no one’s surprise, Fleming ended up stealing the show.

JESSIE FLEMING opens the scoring for the #CanWNT vs. Nigeria with a peach of a shot! 🤩#CanXNT | 🔴 https://t.co/7JFAUhgjL6 pic.twitter.com/x6RfD608yM

“I thought Jessie was really dynamic, and trying to play forward, taking risks, which is everything we’ve asked,” Canada’s head coach Bev Priestman said of Fleming after the match.

Taking risks is exactly what Fleming has done over the years.

It’s wild to think that at just 24, Fleming is already in her 9th calendar year with this Canadian team, having made her debut at 15 years old back at the end of 2013.

There, once given an opportunity to shine with the big team as a youngster, she’s taken it and never looked back, leading her to where she is today - an essential part of this Canadian side.

“I feel like Jessie has taken the torch and run with it, there hasn’t been any passing, she just grabbed it and ran,” Labbe said. “And she’s been incredible for this program.

"It’s been fun to see her evolve and grow, I still think of her as a youngster at the 2015 World Cup, and seeing how she’s grown up on this team and the confidence that she’s playing with it’s amazing what being in a professional environment can do for a player, not only on the field, but off it, too.” 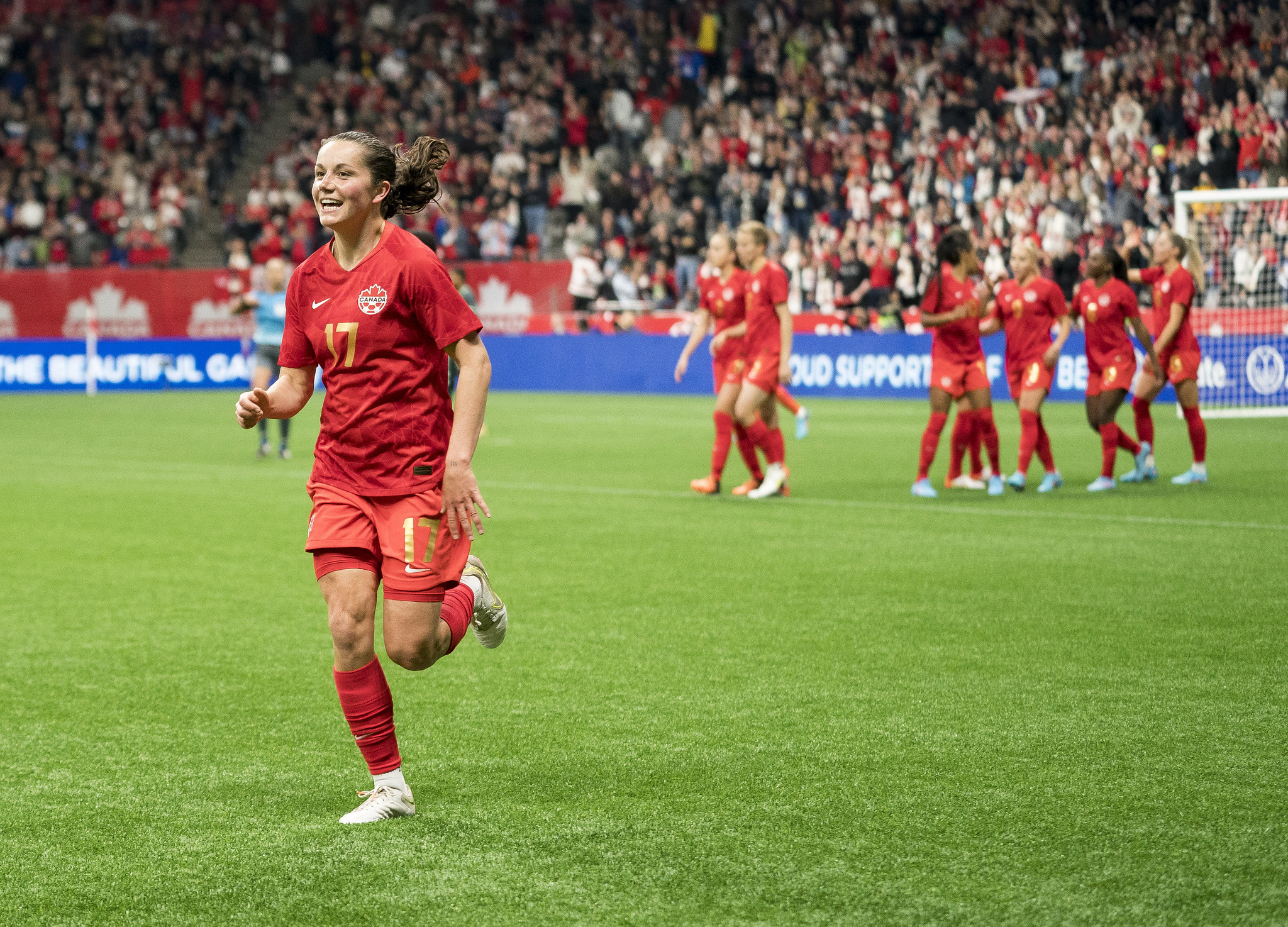 The scariest part about all this? Fleming is far, far away from reaching her peak.

In just her second season as a professional, she already finished in the top 10 in the Ballon d’Or race last year, and has only stepped up her game since then.

So if Canada and Chelsea keep winning, and Fleming keeps scoring?

Well, the label of 'star player' may be doing her a disservice - instead, terms like ‘Ballon d’Or winner’, ‘Superstar’ and ‘World XI talent’ might be more realistic, especially based on what those around her now see.

Added Priestman: “I think the sky's the limit. I’ve seen massive improvements in a short space of time. She said that she wants to add more goals, and be that no. 10 that scores more goals, whether that’s penalties, or cutbacks.

“It’s only the beginning for her.”