COAST-TO-COAST: 1 pressing question for each Canadian club this week 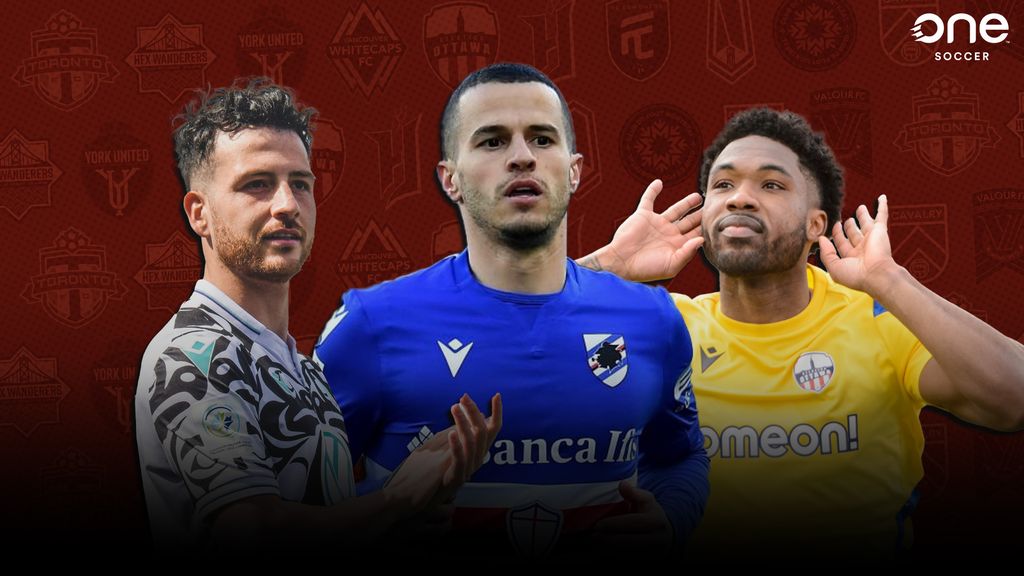 Each week, we ask one pressing question of each Canadian club in the CPL and MLS. Here's what we're pondering this week:

Has Sebastian Giovinco had his reality check yet?

Steve Buffery from the Toronto Sun points out that 35-year-old Reds icon Sebastian Giovinco isn't having the best of luck at Sampdoria, and for the TFC faithful who have kept tabs on the Italian over the last few years, that's hardly a surprise.

So, this week, we ask Giovinco to come back to Toronto already. The team is clicking. Lorenzo Insigne is on his way. You've made millions in Saudi Arabia. Home is Toronto.

Have we heard of the sunk-cost fallacy?

Newly-named CF Montreal CEO and president Gabriel Gervais admitted he didn't like the Montreal Impact name change, but then threw his hands up and offered an "it is what it is" when asked what he's planning to do about it moving forward.

There's nothing wrong with a third rebranding. The Columbus Crew did it. Chicago did it. The Impact can, too.

Who the heck is Andres Cubas!?

Not to get too "bah, humbug!" in the first edition of this once-around-the-block feature, but seriously - what is with the Vancouver Whitecaps and being linked to complete unknowns as Designated Players?

Is it so much to ask that Vancouver signs an actual franchise player to play in one of the most livable cities in the world? This team is desperately in need of a star player to market around.

How in the world does Marco Bustos still play in CPL?

It seems the Pacific FC superstar won't be content with anything less than recording every single assist he can for his team. He picked up three against Valour FC over the weekend, to lead the league at 4 so far.

... with Lukas MacNaughton and Kadin Chung killing it at TFC, you've got to wonder how much longer Bustos can stick around before one of these MLS teams finally budge.

How else can you explain this incredible goal by Tobias Warschewski? For all their faults, the Eddies know how to score bangers.

Can we make this Forge thing pop off again?

Year One of the CPL saw the emergence of this two-horse rivalry race we cleverly called "Forge vs. Cavalry" but since 2019, that race has been so one-sided it's a little sad to see. So, as Oli Platt points out, it was incredibly refreshing to see these two clash as equals once more in a 2-2 draw that produced plenty of tactical intrigue (and great goals).

But, it will take consistent pressure at the top to rekindle the true magic of this rivalry. Can Cavalry keep up the charge and really make this league title race interesting?

What happened to Austin Ricci?

Last season, Valour FC striker Austin Ricci soared to the upper echelons of CPL talent... but then he hurt himself, ending his season prematurely. Since then, he popped up at York United for training, but we haven't heard a peep since.

We gonna talk about that? Bring him back if/when he's healthy? Or is Ricci victim to the CPL version of the Mandela effect?

Can we please keep Ashtone Morgan healthy for June?

Look, the CPL season is long, I get that. And you're always going to suffer casualties to your roster availability as players go down with injuries. All good. But with Ashtone Morgan coming off hurt in his first game, and absent off the team sheet entirely for Forge's second, I've got to just put it out there...

... can we please ensure Morgan suits up for Forge vs. Toronto FC in the June 4 CanChamp final? He deserves it. We all do.

Who picked Book of Boba Fett music for pre-game ceremonies...?

...'cuz whoever did deserves a raise.

Would I be a fool to declare you potential champions?

Anonymous CPL executives and coaches have already pegged Atleti as the team with the best off-season. In their first 90 minutes against the Cavs, Atleti already flexed a level of football IQ and poise unlike anything we saw under Miguel Mista. In their second, Atleti cruised to a 1-0 win over Halifax to sit joint-top of the table.

So, Mr. Carlos Gonzalez, am I wrong to call your team genuine contenders for the North Star Shield, Ballou Table et al?

Can we get Stephen Hart some MLS loan talent?

Valour FC did it. Cavalry FC did it. Heck, even FC Edmonton did it. Why can't HFX Wanderers FC do so, too? Bringing on loan players from Toronto, Montreal, or Vancouver seems a perfect idea for Stephen Hart... so why hasn't it happened yet?

Does Halifax not seem like a fit for a Jordan Perruzza or a Keesean Ferdinand? That crowd would do 'em wonders in confidence.