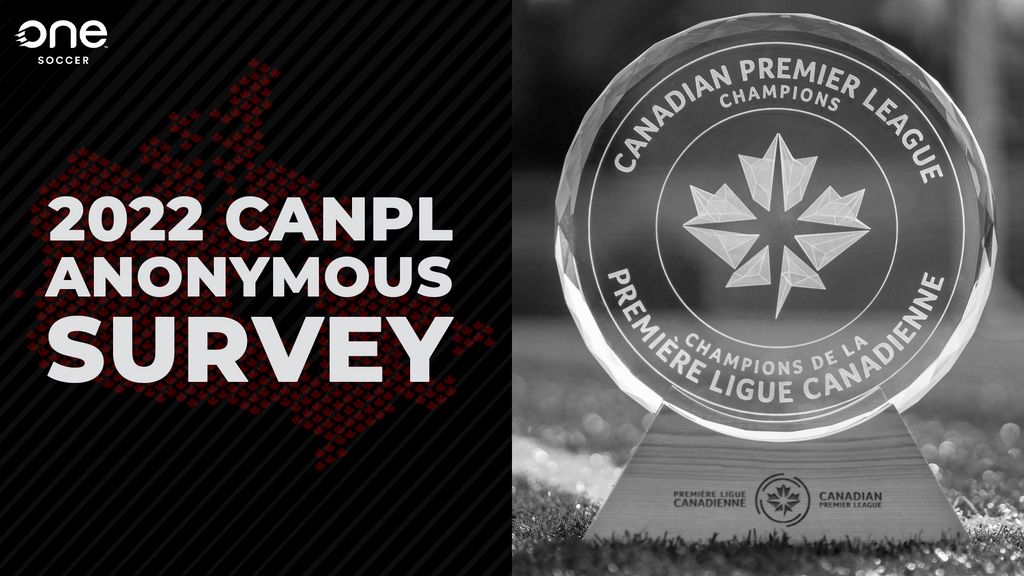 The 2022 Canadian Premier League season is underway, and to mark the start of the campaign OneSoccer has been polling key figures from across the country on a number of league talking points.

We sent an extensive list of questions to one representative from each CPL club, each of whom — as a coach or an executive — is a senior figure in soccer operations. They were granted anonymity in exchange for their honesty and were asked not to vote for their own club or players. One club declined to participate.

Here are the results, from title favourites to the top players in each position and some broader thoughts on the state of the CPL and the path forward as the search for a new commissioner continues.

Despite their defeat in the 2021 final, the consensus has Forge as the favourite to lift the North Star Shield for the third time — though it’s worth mentioning again that these results were collected before their opening-day defeat at Pacific.

The defending champions garnered one vote, as did perennial contenders Cavalry, and there was a surprise pick for Atletico Ottawa — a team that has generated some buzz during the offseason, as the next question illustrates.

After a last-place finish in 2021, the Atletico Ottawa rebuild has earned strong reviews. Ottleti brought back just seven players from last year and also appointed a new coach in ex-Kuwait boss Carlos Gonzalez.

Valour was also given some credit despite having a comparatively quieter offseason. The Winnipeggers’ winter was most notable for two players they were able to bring back in CF Montreal loanees Jonathan Sirois — the Golden Glove winner last year — and Sean Rea.

A range of answers here, but the only one to receive multiple votes was Atletico Ottawa’s eye-catching signing of the highly rated Ballou Tabla. The 23-year-old has two caps for Canada and has stated his intention to play his way back into the senior squad having featured for the Under-23 side at the Olympic qualifiers last year.

Carl Haworth’s return to the capital also received a mention, highlighting why multiple voters were impressed by Atleti’s rebuild.

The votes for Aidan Daniels and Amer Didic are already looking like good predictions after impressive performances on opening weekend, with Didic bagging what proved to be the eventual winner for Pacific against Forge.

We will have to wait a little longer to see York United’s new forward Martin Graiciar, who also drew attention. The Czech Republic native has spent time at European powerhouses such as Fiorentina and Sparta Prague but concussion interrupted his preseason.

Kyle Bekker has been widely recognized as the most important building block of the Forge team that claimed the CPL’s first two championships, and collects three votes as the top player in the league even after seeing the North Star Shield leave Hamilton.

Reigning Player of the Year Joao Morelli picks up one vote, as does Pacific’s Marco Bustos, who may have run him close for that award if not for injury last season. Bustos’ teammate Manny Aparicio has seen his stock continue to rise since swapping York United for the west coast, too.

Pacific’s Callum Irving saw off a couple of Golden Glove winners in Marco Carducci and Jonathan Sirois to capture the most votes in the goalkeeper category. Irving kept eight clean sheets last season, shutting out Forge in the final, to bring a CPL title back to Vancouver Island.

Along with Carducci and Sirois, new Atletico Ottawa starter Nathan Ingham also earned a vote after three seasons of service at York United.

The CPL has proven to be a good landing spot for Dutch defenders. Forge’s Daniel Krutzen and Cavalry’s Daan Klomp earned two votes apiece as the league’s top defender having quickly become integral parts of contending teams since arriving in Canada.

Andrew Jean-Baptiste has been such an important influence for Valour that he earns a vote despite playing just seven games last season, while Didic and Thomas Meilleur-Giguere have stood out as two of the top domestic centre-backs in the league and will now form a partnership together at Pacific.

No surprises here, as the man the voters named the league’s top player also comes out on top in the midfield category.

No consensus whatsoever here. Cavalry is the only team represented more than once, with experienced centre-back Mason Trafford and cerebral midfielder Elliot Simmons both earning votes.

Valour will miss the combative midfield play for Raphael Ohin, whose status this season is in doubt due to a long-term injury.

Most potential to play at a higher level

Once again, a range of answers.

A number of voters gravitated towards the top youngsters in the league in the likes of Isaiah Johnston, Woobens Pacius, Lowell Wright, and Victor Loturi. Others went for more proven commodities like Morelli and Bustos.

Most potential to play for Canada

Naturally, there’s some overlap here, with only one voter having picked an international player as most likely to play at a higher level.

It follows that many of the same players, then, end up being tipped to represent their country at the senior level.

Most potential to coach at a higher level

He may still be waiting for his first Coach of the Year award, but a pair of CPL championships and many years of work developing young Canadian players have earned Forge's Bobby Smyrniotis plenty of respect around the league.

The two coaches battling it out in Alberta, FC Edmonton's Alan Koch and Cavalry's Tommy Wheeldon Jr., also picked up votes. Koch's extensive resume includes a stint in MLS, while Wheeldon Jr. has proven himself to be one of the top club-builders in Canada.

There is plenty of recognition of the task in front of Koch, who has a limited budget and a number of players in on loan in Edmonton this season as they seek a new owner. The Eddies got off to a positive start by coming from behind to draw 1-1 against Valour on opening weekend.

James Merriman is seen as having a sizeable task on his hands, too, as he looks to continue the success Pacific enjoyed under former coach Pa-Modou Kah.

Pacific’s rise has undoubtedly created some tension with the league’s established powers — namely Forge, who added fuel to the fire by signing two of their top players this offseason.

Despite that, the league’s first real rivalry, between early standouts Forge and Cavalry, is still seen as the fiercest by most voters.

The range of responses here reflects the lengthy to-do list the CPL’s new commissioner will inherit.

Some voters focused on the mechanics of the league, asking for an increase to the salary cap or more clarity on the roster rules they must abide by when building their squads.

Others looked to the bigger picture. Topics on that front that received a mention included strengthening the league’s relationship with Canada Soccer, building a constructive dialogue with PFA Canada, gaining more access to cable TV and other mainstream media, and ending the wait for a team in Quebec.

Should the CPL continue to use playoffs?

Interestingly, backing of the use of playoffs to decide a champion is not unanimous.

The appeal of playoffs is easy to see: knockout matches can generate an unmatched level of excitement and interest in the league, and keep more teams’ title hopes alive for longer.

On the other hand, some argue that the European single-table model is a fairer reflection of the best team over the course of a full season, and question whether the playoffs reduce the importance of — and therefore interest in — regular-season matches.

Increasing the importance of regular season

There was a range of proposals offered here and support for the idea that the CPL should do more to recognize the regular-season champion.

Most obviously, multiple voters backed the introduction of a trophy like MLS’ Supporters’ Shield for the team sitting first after 28 matches.

There was also strong support for the idea of awarding the CPL’s second Concacaf Champions League qualification spot, which will come into effect next year, to the top regular-season side.

One voter believes the regular-season champion should be given a bye to the final, while another called for more prize money to be allocated based on finishing position.

This was the only question that drew complete unanimity: with a team in Vancouver on the way and rights also awarded to groups in Saskatoon and Windsor, every voter chose Quebec as the expansion destination the CPL needed to break into most urgently.

One thing you would change about CPL

Once again, a wide range of viewpoints here.

One mentioned more than once was the mandate that requires each club to sign at least four international players. Multiple voters argued that if a club wished to build a roster made up entirely of Canadians, they should be able to do so.

Others looked at the long term, with one voter believing the CPL should put more of a focus on smaller markets more likely to engage enthusiastically with a professional club. Others mentioned reserve teams and academies and a push for more soccer-specific stadiums.

One simply answered “the trophy."

Remarkably, there was not a single vote here for Alphonso Davies. Hipsters.

Instead, Atiba Hutchinson was viewed as the kind of iconic leader a club could build around. And while we’ll keep the rest of this survey tightly anonymous, there will be no prizes for guessing which club put forward the double answer of Josh Simpson and Rob Friend.