PLATT: How Forge & Cavalry provided a reminder of their brilliant best 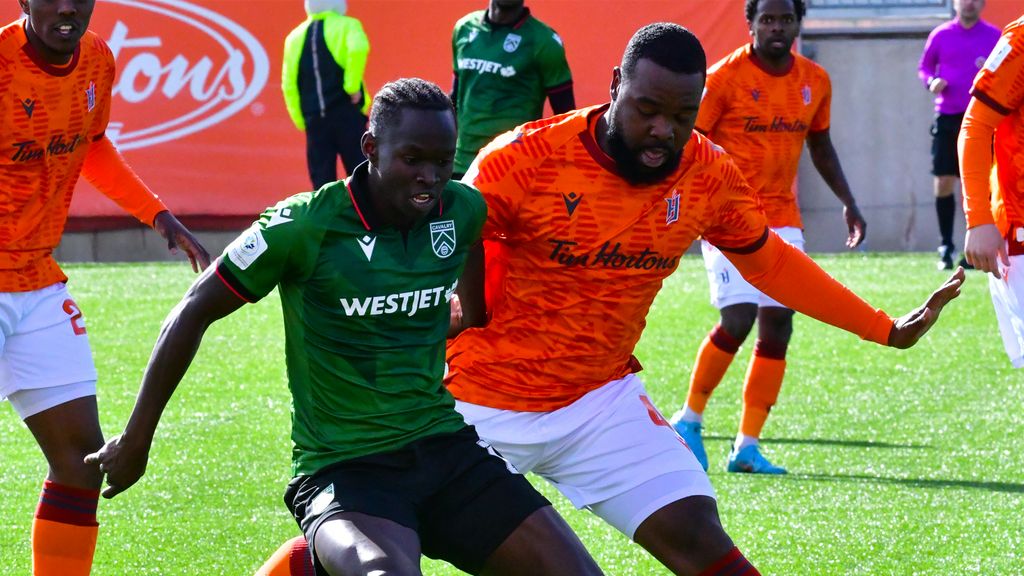 Forge and Cavalry’s first meeting of the 2022 season was just their second outside of a bubble since the 2019 campaign.

Since the other, last November, came just a few days before each side’s playoff semi-final, this felt like the first true contest between two Canadian Premier League heavyweights in some time. Though Forge is going through a defensive injury crisis, both teams were able to field strong XIs and had the benefit of a full week of training to prepare.

The result was a reminder of why the clashes between these clubs three years ago (!) were so compelling. We saw great goals, smart decisions from both coaches that had a direct influence on the outcome, and no shortage of controversy.

The standard of refereeing in the CPL remains a sore point, and Bobby Smyrniotis and Tommy Wheeldon Jr. will both feel that they were robbed of penalties that would have given their teams a chance to take a two-goal lead — though from a neutral’s perspective, avoiding that probably made for a more entertaining game.

Forge’s late equalizer was contentious, too, with a strong claim for a foul by Kyle Bekker in the build-up ignored.

But the quality of football played should not be lost amidst debates around the officating. Not for the first time, the tactical battle between Smyrniotis and Wheeldon Jr. was excellent.

They stuck with that shape here, but inverted it, with one attacking midfielder (Noah Jensen) playing in between two split strikers (Woobens Pacius and Terran Campbell).

The idea was to create one-on-one situations between Pacius and Campbell and Cavalry’s outside centre-backs, Daan Klomp and David Norman Jr. And one of those situations led to a goal inside three minutes, with Pacius drawing Norman Jr. out of position and then spinning in behind him to deliver a dangerous cross.

But the more problematic matchup for Cavalry was actually Klomp vs. Campbell. Campbell repeatedly came short to draw Klomp out of position and create space down Forge’s left for Chris Nanco to run into. The most notable example should have resulted in a penalty and a chance for Forge to double its lead.

Wheeldon Jr. reacts — and is rewarded

In the 28th minute, after yet another Nanco run behind Klomp, Wheeldon Jr. had seen enough and made a change.

The predictable move might have been to go to a back four and therefore restore a numerical advantage against Forge’s three-man attack. But part of what made this a great match was both coaches’ willingness to gamble, and Wheeldon Jr. decided to stick with the three vs. three.

Instead, he moved Klomp into the middle of the three-man defence and shifted the more athletic — and extremely versatile — Karifa Yao to the matchup with Campbell.

That move paid off almost immediately. The next time Forge played into Campbell, Yao was a lot more aggressive than Klomp (who had already picked up a yellow card) had been and won the duel. Thirty-seven seconds later, the ball was in Forge’s net.

The momentum would shift again after half-time when Smyrniotis introduced Tristan Borges, who was not fit enough to start but was more naturally suited to playing behind the strikers than Jensen and posed a much greater threat as a result.

Before that, though, Cavalry had found a second goal.

It's worth repeating that both managers are due plenty of credit for their willingness to take risks in this game. Each could have found reasons to be cautious — Smyrniotis is dealing with numerous defensive injuries and Wheeldon Jr. could have been looking at an 0-0-2 start with three of Cavalry’s next four matches also on the road — but both chose to go for it anyway.

That was summed up best by Cavalry’s second goal, when a situation that could very easily have resulted in a great chance for Forge ended in Ali Musse giving the visitors the lead.

The crucial moment comes when Garven Metusala tries to break Cavalry’s press with an attempted pass to Alessandro Hojabrpour. If he had connected, Cavalry could have been faced with four players running at their three-man defence, and Campbell on the way as a fifth.

But Metusala’s pass is just a metre or so too close to Charlie Trafford, who picks it off. Five seconds and seven touches later, Musse has scored.

That goal would hold until David Choiniere produced another moment of magic in the dying minutes to put the cherry on top of a brilliant game between two teams who will surely contend for the North Star Shield once again.