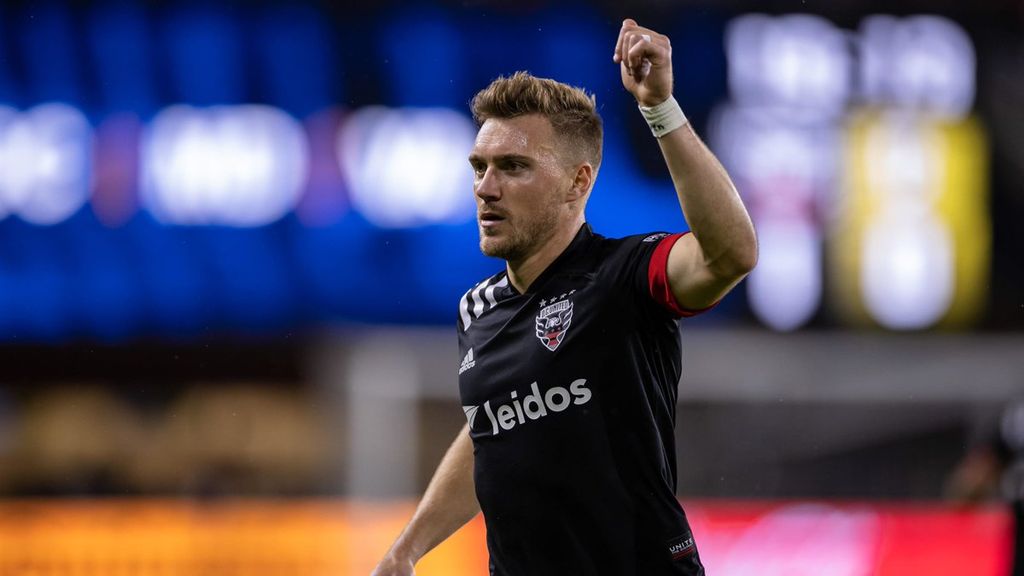 VANCOUVER – The moves keep on coming on the west coast.

In the midst of a summer resurgence, the Vancouver Whitecaps aren’t done wheeling and dealing yet, as they look to bolster their roster ahead of a big second half of the MLS season for them.

Having already made one big splash this summer, bringing in Paraguayan defensive midfielder Andrés Cubas on a transfer, they made another big deal on Friday, trading for DC United wing back, Julian Gressel.

For the Whitecaps, it was a huge trade, as they bolstered their wing back depth significantly, bringing in one of the best in the league at that position in Gressel for just $900 000 in GAM.

As they continue their push to make the MLS playoffs, as well as lift the 2022 Canadian Championship crown in just under two weeks' time, it's another big sign of intent from the Whitecaps, who have been one of the hottest teams in MLS as of late.

Here’s a deeper look at why this move is so key for them.

Gressel a dominant creator from wing back position:

Since arriving in MLS at the beginning of the 2017 season, where he was drafted eighth overall by Atlanta United, Gressel has been a chance creation machine wherever he’s been.

Starting with his three-year journey with Atlanta, and then in his two-and-half-year stint with DC United, he’s been one of the best creators in MLS over those 5.5 seasons, racking up 52 primary assists in just under 200 games in all competitions. Along with the 24 goals that he’s scored, those aren’t bad totals at all for a defender.

Often deployed as either a full back, wing back or wide midfielder, he has made a knack for knowing when to push up the field and get involved offensively from deep, with his best attribute being his pinpoint crossing ability.

Be it those wide swinging balls he can deliver from deep, or the hard low cutback he can send in from the goal line, and a variety of other tricks that he has up his arsenal, he knows how to find teammates in the box with his wide service.

Julian Gressel sets it up and Andy Najar puts it away!

This one is level just before the break! #DCvMTL pic.twitter.com/at28SWBxTl

Because of that, he comes to the Whitecaps as one of the most dominant creators at the full back position in MLS right now.

In fact, to get an idea of how so, consider this - compared to all MLS full backs on a 90-minute basis over the past 365 days, FBref has him in the 99th percentile for assists, expected assists, key passes, shot-creating actions and goal-creating actions. Plus, they also have him in the top ten percent for touches in the final third, progressive passes, passes into the penalty area, shots and expected goals (xG), further highlighting his dominance in the chance creation department.

Basically, in MLS right now, there aren’t many who create for their teammates or themselves better than Julian Gressel, as the numbers do a good job of showing.

It might not be overly flashy, but it’s certainly effective, showing why many rate him so highly in MLS.

BOOM! Julian Gressel from distance to give @dcunited the early lead. pic.twitter.com/DqCPRgy4dO

Where he fits in Whitecaps XI

For the Whitecaps, that made Gressel a no-brainer acquisition as soon as they found out he was available.

As new DC United manager Wayne Rooney assessed his options this week, it appeared that Gressel wasn’t going to have a fit in his new-look 4-2-3-1, hence why his name was thrown onto the trade block.

So for the Whitecaps, who desperately needed wing back depth, it made all sorts of sense to jump at a deal to bring in one of the best in MLS at that position. Already familiar with the league, and at a good price, it ticked a lot of boxes that the Whitecaps were looking for in such a player.

Plus, sitting on a healthy haul of GAM, they had the funds to make it happen, too, especially considering that Gressel comes in at a bargain price of $900 000 GAM, which considering some of the trades that have recently gone on in the league, is quite the steal for Vancouver.

Now, through that, they get someone who can instantly slot in as a right wing back in their 3-4-2-1, which is a position which they’ve struggled to fill as of late.

Marcus Godinho has done a great job there, to be fair, but he was the only true wing back option there at the moment, which considering his injury history, meant that the Whitecaps were putting a lot of faith in him to hold things down. Especially with Javain Brown now playing centre back, leaving Cristian Dajome as the only other option who could play on the right (and even his natural position is higher up the pitch), it just felt like the Whitecaps could use another body there.

And in Gressel, not only do they have that, but they have someone who can genuinely improve their lineup, as well.

On a Whitecaps side that has historically struggled to create chances, sitting last in MLS this season in assists, key passes and shots on target, as well as second-last in xG and xA, Gressel will most certainly help them improve in that regard, at a bare minimum.

Which, considering some of the talent that the Whitecaps have in the attack, such as Lucas Cavallini, Brian White, Ryan Gauld and Dajome, is big news, as they could all set to receive an uptick in service as a result of that.

Because of that, there’s a lot to like with this move, as it doesn’t just put Gressel in a system where he’ll thrive - his teammates will also stand to benefit from his presence, too. Finally, it’s worth noting how big this move is for Vancouver, who has historically struggled to make big moves within MLS.

With this trade, however, that notion can certainly be thrown out the window, as this will be the fourth time since the start of 2021 that they’ve made a significant move for someone within MLS via trade.

First, they got Brian White and Florian Jungwirth last summer, moves that helped them make the playoffs at the end of 2021, before acquiring Tristan Blackmon this offseason, giving them a key starter on this year’s team.

Now, with Gressel, that’s a fourth big trade within MLS, one that will once again be expected to help the team, especially if the first two deals are anything to go off of (let alone his numbers).

Plus, if you add up all of their transfer fees, they’ve all come in at under $2.2 million in GAM, which is not bad at all.

Yet, that’s part of the reason why the Whitecaps have slowly been becoming a team to watch as  of late. They might not be making the big flashy moves, but they’ve been making a lot of right ones, using all of the avenues available to them to do so.

For a Whitecaps side that used to struggle to do that, it’s been a big change, one that certainly has fans pleased as they continue their push for MLS and Canadian Championship glory.