'We wrote ourselves into history': What's next for Concacaf champions Seattle? 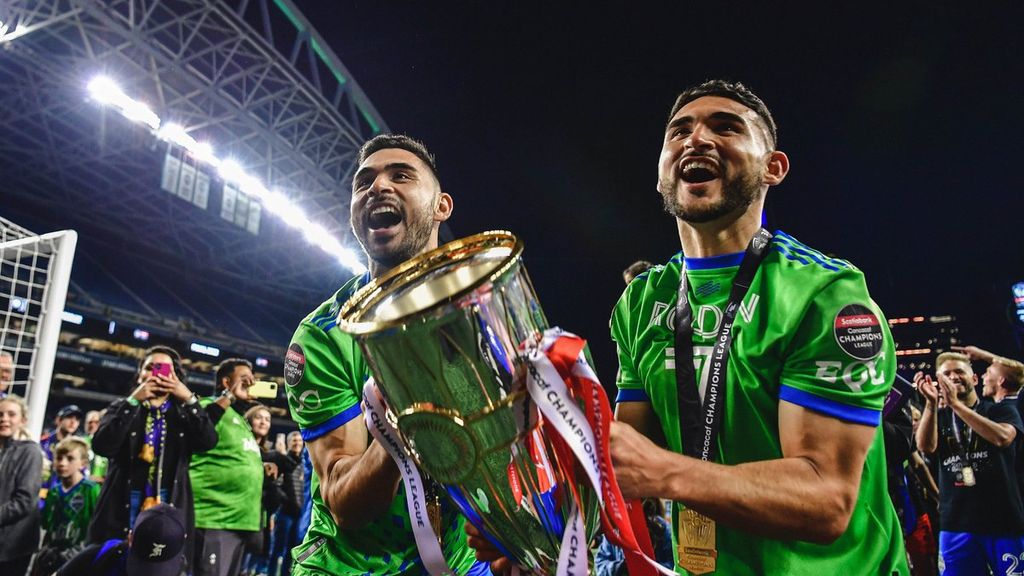 SEATTLE – It was a stage where many MLS teams before them had failed.

Having reached the final of the 2022 edition of the CONCACAF Champions League – their first such participation in that stage of the competition – the Seattle Sounders came in with a penchant for stepping up in exactly these sorts of big moments.

With two MLS Cups, four US Open Cups and one Supporters Shield in their trophy case over just 13 seasons of existence as an MLS club, the Sounders have grown quite comfortable being under pressure.

So, as they prepared to tackle this two-legged final against Liga MX’s Pumas UNAM, you fancied their chances of becoming the first MLS team to win the Champions League, something that had failed to happen in the 13 previous editions of this tournament, where Mexican sides had won every. single. time.

Of course, it wasn’t going to be easy – but if there were an MLS team ready to break that run, Seattle was about as good a choice as any.

When the Sounders came back in Leg 1 after being down two goals in Mexico City, it felt like destiny had sided their way; all that was left was to go finish the job in front of a rocking, record crowd of 68,741 in Seattle, Leg 2.

After a tense start and the loss of two starters in Nouhou Tolo and Joao Paulo to injury inside the first half, the Sounders took a hold of the match by the stroke of half-time. Come the final whistle, they'd cruised to a 3-0 win over Pumas, winning the final 5-2 on aggregate.

The mountain, proverbial in spirit but harrowing all the same, had finally been climbed.

"To be the first MLS team to win this tournament is incredibly special," star forward Jordan Morris told OneSoccer and gathered reporters after the match. "I don't think it's fully sunk in, the magnitude of this moment.

"(We have an) amazing team here and an amazing culture at this club and I'm grateful to be part of it."

None of this feels truly surprising (particularly if you're a Toronto FC fan). From investing heavily in all forms of talent, be it from outside of the league, inside it, and from within their academy, as well as in club infrastructure, the Sounders have been rather elite over the last decade and change. It all led to this watershed moment, one they won’t soon forget.

"It's a club that knows how to win, and we deserved everything that we got," Seattle Sounders midfielder Kelyn Rowe told us afterwards.

"The next 200 years, there'll be 200 other CONCACAF Champions, but there'll never be another first (MLS) one," Seattle goalkeeper Stefan Frei added. "We truly wrote ourselves in the history books."

DAMN IT FEELS GOOD TO BE A SOUNDER pic.twitter.com/KyL04sgfCy

The next question to be asked? How high is Seattle's ceiling, and can they break through that, too?

They'll certainly have a crack at it, through what feels like an impossible task, in doing something that no other MLS team has ever done - participate in a FIFA Club World Cup, where they’ll get to potentially grace the field with the likes of Real Madrid, Liverpool, and other major regional champion clubs across the world.

It’s unsure yet when the next edition of that tournament will be played, as it has recently undergone a competitive restructuring. But, when it is played, the Sounders will be there, giving them a chance to win the biggest prize in the world of club football.

They’ll be certainly happy enough to just be at that tournament, but could they pull off the 'impossible' and become the first team not from Europe or South America to win the competition?

It’s an extreme long shot, yes ... but if there’s an MLS team that you can’t count out in making it happen, it might just be the Sounders.

"That's a goal of ours," Morris affirmed, of the Club World Cup. "When we were thinking about winning this tournament, that was a huge goal of ours was to play against that type of competition and so, you know, we're gonna take a little bit to enjoy this and then start thinking about that.

"It's incredibly exciting that we get that opportunity."