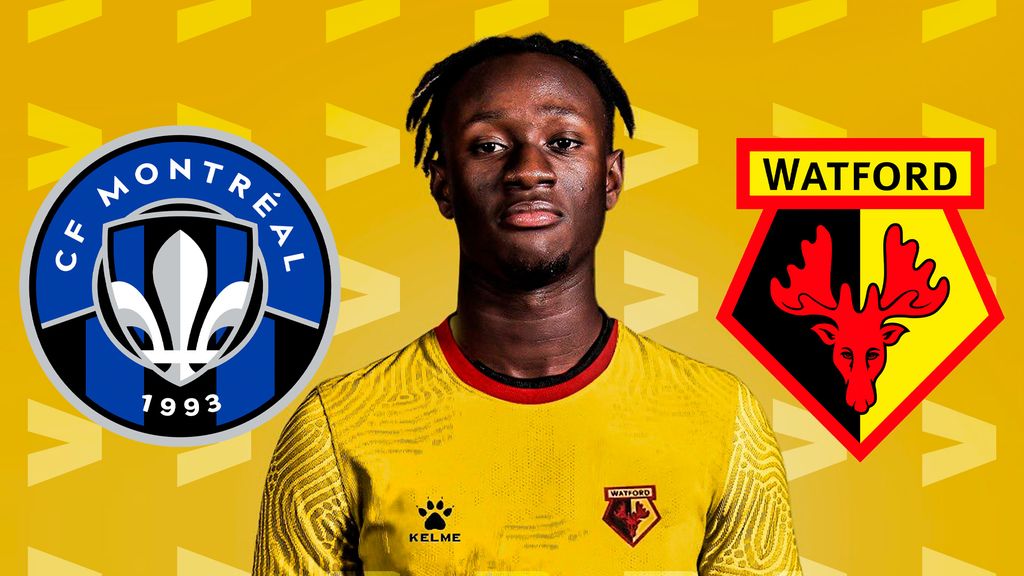 "I want to thank the club for everything it has done for me," Koné told CF Montréal. "I grew as a player, but also off the field. I had a lot to learn, but the people here helped me develop. I'm grateful because I had the opportunity to begin my career at home."

Koné, 20, enjoyed a rapid ascent from non-professional football in PLSQ through the CFMTL ranks, quickly emerging as a midfield option for John Herdman's Canadian men's national team picture, and made his way through to featuring in the 2022 FIFA World Cup as a key figure, impressing in matches against Belgium, Croatia and Morocco for 109 combined minutes.

Koné also attracted offers from other Italian, German, and Dutch clubs according to Fabrizio Romano, but chose Watford as his next move. He joins fellow Canadian and CF Montréal star Alistair Johnston in making a European move, with Johnston's transfer to Celtic confirmed earlier in the week, too.

Koné brings to the fold a strong ability to create chances through long-range passing and smart dribbling. As seen particularly against Morocco, Koné's off-the-ball movement and ability to turn when receiving the ball shows composure beyond his young age, and would make him a well-rounded option in the Watford midfield.

While Kayembe offers plenty of physicality in midfield, he lacks the instinct to break lines through smart passing or a completed dribble, areas that Koné's signing immediately addresses. Bilić would appreciate the versatility that Koné offers to his midfield, which can now take on a wider 4-3-3 with Koné serving as a clear-cut no. 8.

But there's more to this move than a good fit on paper, as Kristian Jack adds: "Like Johnston to Celtic, Koné to Watford is another perfect fit. This club not only plays young players but has a reputation amongst many clubs around the world of developing them well. Teams can trust them and are happy to pay big money for them later – as one will within two years for Koné."

Following Canada's 2022 FIFA World Cup showings, Herdman said: "Coming to Qatar, many of our players were unheard of. Now, I think a lot of our players have build credibility. As a collective group, they performed well together, but there  were certainly some strong individual  performances throughout the tournament."