Celtic FC announced Saturday the signing of Canadian defender Alistair Johnston from CF Montreal, bringing on the attack-minded right-back upon the opening of the January transfer window on a 5-year contract.

Johnston, 24, joins the Scottish giants after an incredible rise over the last four years, where he went from being identified at Vaughan Azzurri of League1 Ontario, to being drafted by Nashville SC in 2020, before being traded to CF Montreal for $1 million in allocation at the end of 2021.

Since then, Johnston has continued to make leaps and bounds, becoming a regular in John Herdman's Canadian men's national team, and featuring prominantly at the 2022 FIFA World Cup against Belgium, Croatia and Morocco in Group F.

"He’s someone we identified pretty early on as somebody we think can add to our club," Celtic head coach Ange Postecoglou said in a club release. "He’s had an interesting career path where he's had to work very hard to get to where he is, and we're very happy to conclude the deal and knowing he was going to the World Cup, I think he performed well there as well.

"He's really keen to come across and take the next step in his career, and I think he'll be a great fit in our dressing-room, and he'll definitely add something to our football as well.

Beyond buzzing to have signed for @CelticFC Thank you for all the kind messages and can’t wait to get to paradise 🍀 https://t.co/ZJpwyHMOwL

Postecoglou went on to say that he sees Johnston as being "very good technically," as well as going forward, and added: "[He's] also a really strong competitor and he doesn’t mind the physical aspects of the game."

For his part, Johnston – who couldn't hide his excitement over this potential move while in Qatar (video, above) – takes another step forward, becoming the latest Canadian international to go from Major League Soccer to a top European league.

"Montreal welcomed me into its family from day one and helped me reach new levels that I didn’t even know I was capable of," Johnston said, as quoted by CF Montreal. "I was lucky enough to come into a group with great leadership and talent, and most importantly great people.

"Although it was only one season together, it was an unforgettable one. It’s not just the records that we broke on the pitch that I’ll remember, but also the connection we built with the entire fanbase over that time. That passion was evident and made playing for this club in front of all of you so special. Thank you." 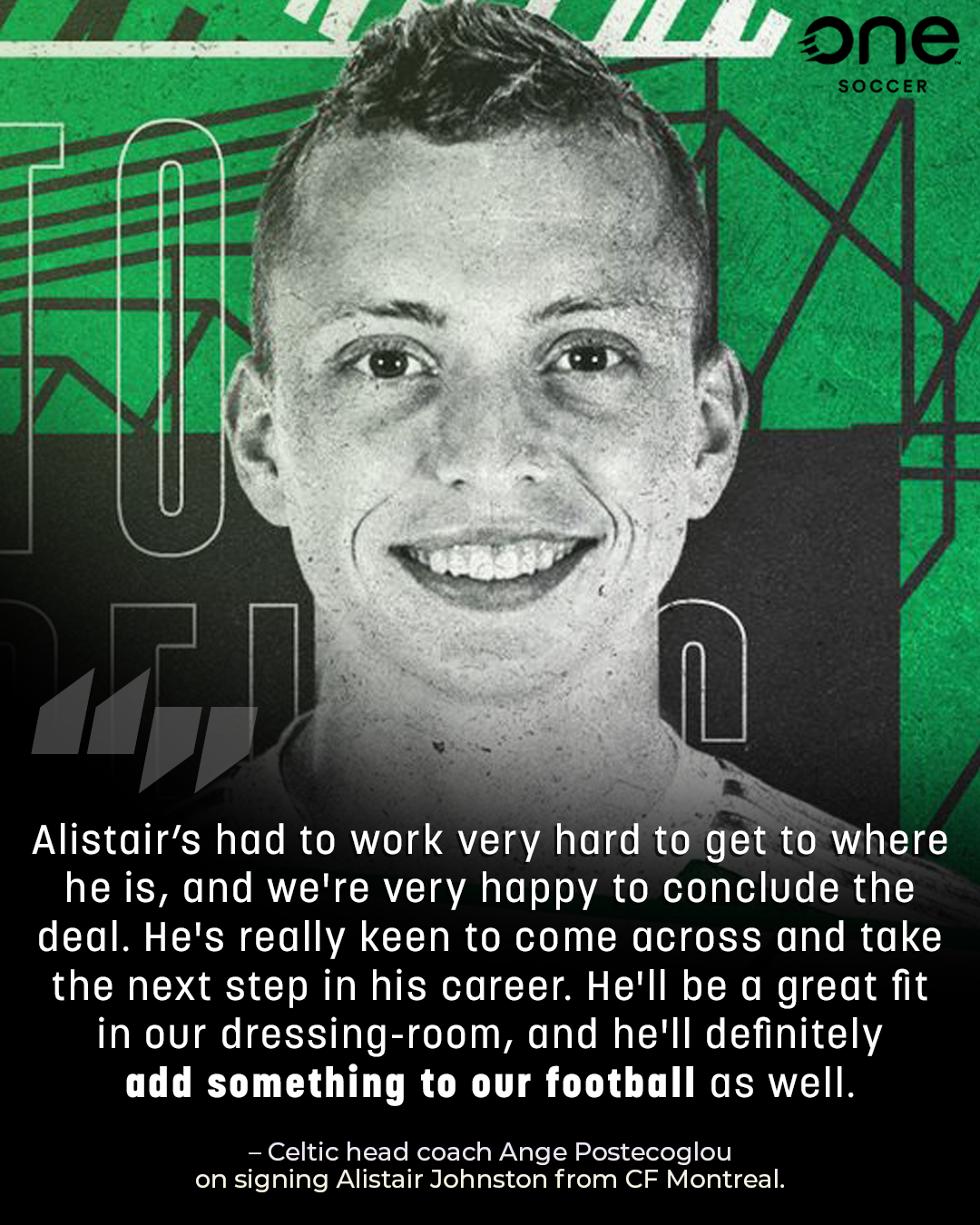