VANCOUVER – The CanMNT officially finalized their plans for the June international window this week, as they announced a friendly against Iran in Vancouver on June 5th, allowing them to kick off their preparation for the 2022 World Cup in earnest.

With this friendly, on top of the reveal of the Nations League schedule for June – where it was announced that Canada will be hosting Curacao at BC Place on June 9th, before travelling to Honduras on June 13th – we now have an idea of how John Herdman's side intends to start preparing for their trip to Qatar this November.

Canada will be squaring off against a tough Iran side, and these Nations League matches also come against two feisty opponents in Curacao and Honduras. As such, these games will offer a variety of tests for Canada, allowing them to build off of what was a historic 2022 World Cup qualification campaign.

All eyes will be on Vancouver next month, a place where the CanMNT haven’t played in since March 2019. It's a big pair of games for the city, who recently slid back into the race to host matches for the 2026 World Cup.

As a result, there will be a lot to watch for in these games – and for good reason, as the sprint towards Qatar really begins now for Les Rouges.

It might not be the big-name friendly that some were expecting, but Iran, ranked 21st in the latest FIFA Rankings, are no team to scoff at.

It'a why John Herdman and his staff will be happy to undertake this challenge on June 5th.

Marking the highest-ranked non-CONCACAF opposition that Canada will have played since 2016 (when they took on South Korea and Morocco in friendlies), this match also gives Canada a chance to step outside of their regional bubble and test themselves against some top opposition from a different confederation. 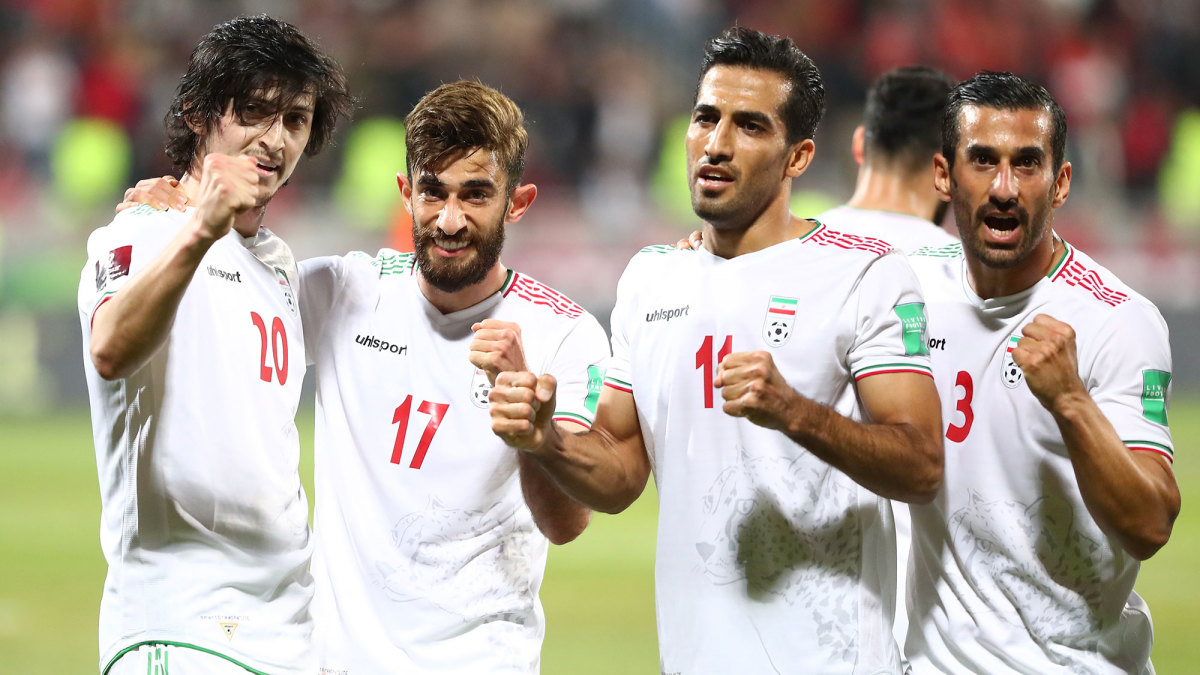 Considering that Canada has a date with 24th-ranked Morocco in the 2022 World Cup group stage, a battle with Iran also offers fantastic preparation for that game, too – a welcome bonus.

But even aside from that, it's important to note what kind of test Canada is really getting with Iran, who are currently flying under the radar a bit, especially considering their reputation.

Having run through AFC qualifying without too much thought, winning 14 of 18 games across two rounds of action to qualify for the World Cup as the top team out of Asia, this Iran team has quickly proven to be a tough outfit for anyone to face, on a variety of levels.

From their stingy defence – one that conceded just eight goals in 18 games – to their sneaky-good offence – which saw them score 49 goals, including a final-round high 15 tallies – Iran can beat teams in many ways, making them a dangerous all-around threat.

With the goal of progressing past the group stages for the first time in their history, Iran didn't mess around in qualifiers, and don't look to have any intention of lightening their intensity anytime soon.

Because of that, this is expected to be a good test for Canada. Not only will Iran offer them good preparation for Morocco, but it will really allow them to strut their stuff against arguably the best team in Asia right now, which, considering Canada ended up qualifying as the top team in CONCACAF, could be a chance for them to further stoke their claim as a rising nation globally.

There's one last thing to consider – this could very well be an example of the growing partnership between Canada and the United States, one that has seen the head coaches of both countries, Herdman and Gregg Berhalter, become quite close over the course of qualifying, exchanging all sorts of ideas and notes.

John Herdman and Gregg Berhalter developed a good relationship and shared notes during World Cup qualifying. They now have friendlies against each other’s group opponents with #CanMNT facing Iran and #USMNT playing Morocco in early June.

While the Iran friendly will be what captures the attention of most onlookers, it's worth noting that the Nations League games might very well be the most important part of this window for Canada.

With the chance to play a home game against a very solid Curacao team, before heading down to Honduras to play a side in a stadium that had long-haunted Canada before this year, these games will allow Canada to keep a competitive mindset throughout this international window.

Knowing that they're expected to be favourites in their Nations League A group with Curacao and Honduras, Canada are going to want to do well in the competition, especially considering that some silverware will be on the line for the overall winner.

For a Canadian team that has just two CONCACAF trophies to its name coming in 1985 and 2000 (unfortunately, topping World Cup qualifiers this year yielded no silverware), they know that to be a top team in this region, they have to add to those bare cupboards.

So the fact that they can begin a quest to do that, as well as continue World Cup preparation, is huge, and something that Canada surely won't overlook. It's why they'll likely put both home games in Vancouver, allowing them to minimize travel and really focus on giving their all for these three matches.

As reported on @NorthernFutbol this week, Iran is coming to Vancouver for a friendly vs #CanMNT on June 5th, officially confirming 🇨🇦’s plans for this window

Speaking of Vancouver, it's also important to point out how big of an opportunity this will be for the city – one that they'll need to be prepared for.

As mentioned earlier, with the city coming back into the host candidates list for the 2026 World Cup, that means that everyone will be watching how they handle these games. Especially with this being their first Men's National Team games in the city since the beginning of 2019, there will be a close eye on Vancouver, making it imperative that they hit it out of the park.

It'll be interesting to see how they handle that challenge. When they hosted the CanWNT on short notice back in April, BC Place packed in a nice crowd; they typically do well when hosting these national team games, and won't want to stop that trend anytime soon.

So from ensuring that ticket sales go well for these pair of games, to ensuring that the city is able to handle the traffic that the matches will bring, look for them to remind onlookers that Vancouver is indeed an event city, showing why FIFA was so eager to have them back in the race to host games for 2026.

Great oppurtunity to show FIFA how Vancouver can pack a stadium to support the #CanMNT https://t.co/lEMKDpTFKF