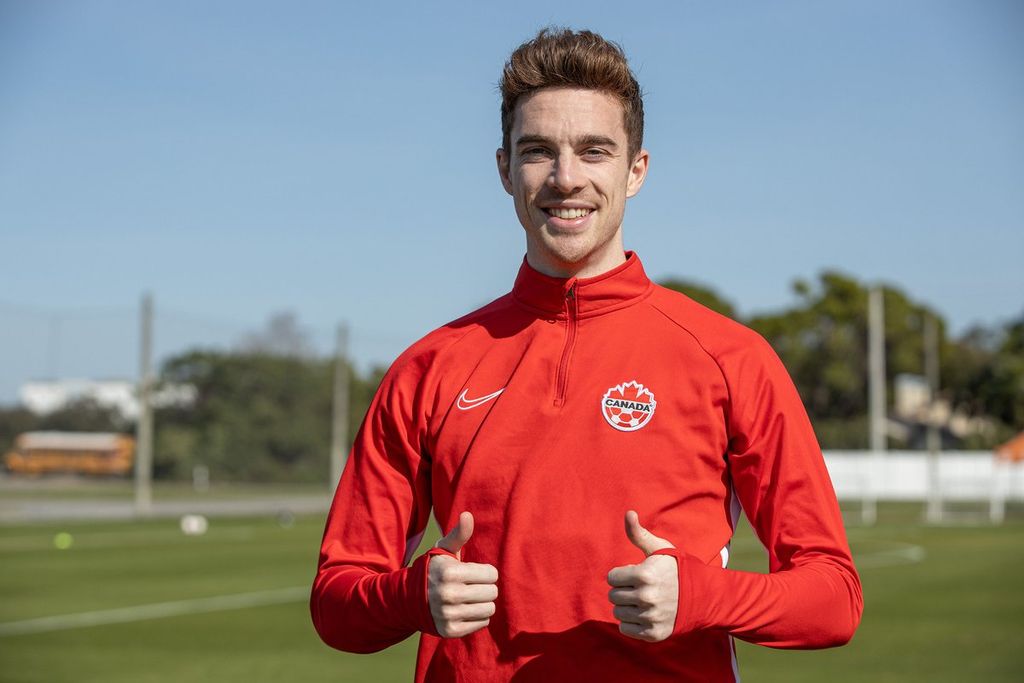 VANCOUVER – Joel Waterman has a clear vision in mind for the next five years of his playing career.

Four years ago, Waterman was a solid midfielder for Trinity Western University, impressing scouts enough to be drafted by Cavalry FC of the upstart Canadian Premier League.

These days, he's a standout defender on a strong CF Montreal team that has quietly emerged as one of the favourites to win MLS Cup.

Indeed, the 26-year-old has come quite far over these past few years. Through hard work, perseverance and patience, he's made it happen at the club level, certainly.

But a national team spot requires his biggest step-up yet.

Added teammate Kamal Miller: "On the field, he's doing a great job of really believing in his abilities and trying more things. I think he's always had the talent and everyone can see that he's a good player, but I think he was kind of just playing while holding back.

"Now I think he's finally let the chains off and is showing everybody what he can do."

The CPL's first export continues to carry the torch:

As he reached the end of his five seasons with Trinity Western, Waterman was unsure of what was to come for him as he reached the end of the road at that level in 2018. Would he be able to convince an MLS team to give him a shot? Might the USL be the best option? Or how about heading to Europe and giving that a chance?

But as he pondered that decision, in came the Canadian Premier League. A brand-new domestic circuit, it promised to give Canadian players a chance, especially those in Waterman's situation, who had reached a fork in the road at the end of university.

Thanks to the CPL, though, instead of having to risk a shot in the dark with one of the other options, being drafted by Cavalry allowed him to step right into the mix for a pro team, giving him a chance to play every week.

And he did just that.

Able to accumulate 1900 minutes across the CPL and Canadian Championship that season, he played a big role in what was a memorable first campaign for Cavalry, who famously won the spring and fall seasons that year, while making it to the semi-finals of the Canadian Championship. They fell short in the area that mattered most for them, the finals of the CPL, but other than that, it was a near-perfect campaign for them, one where Waterman was a central figure in their success. 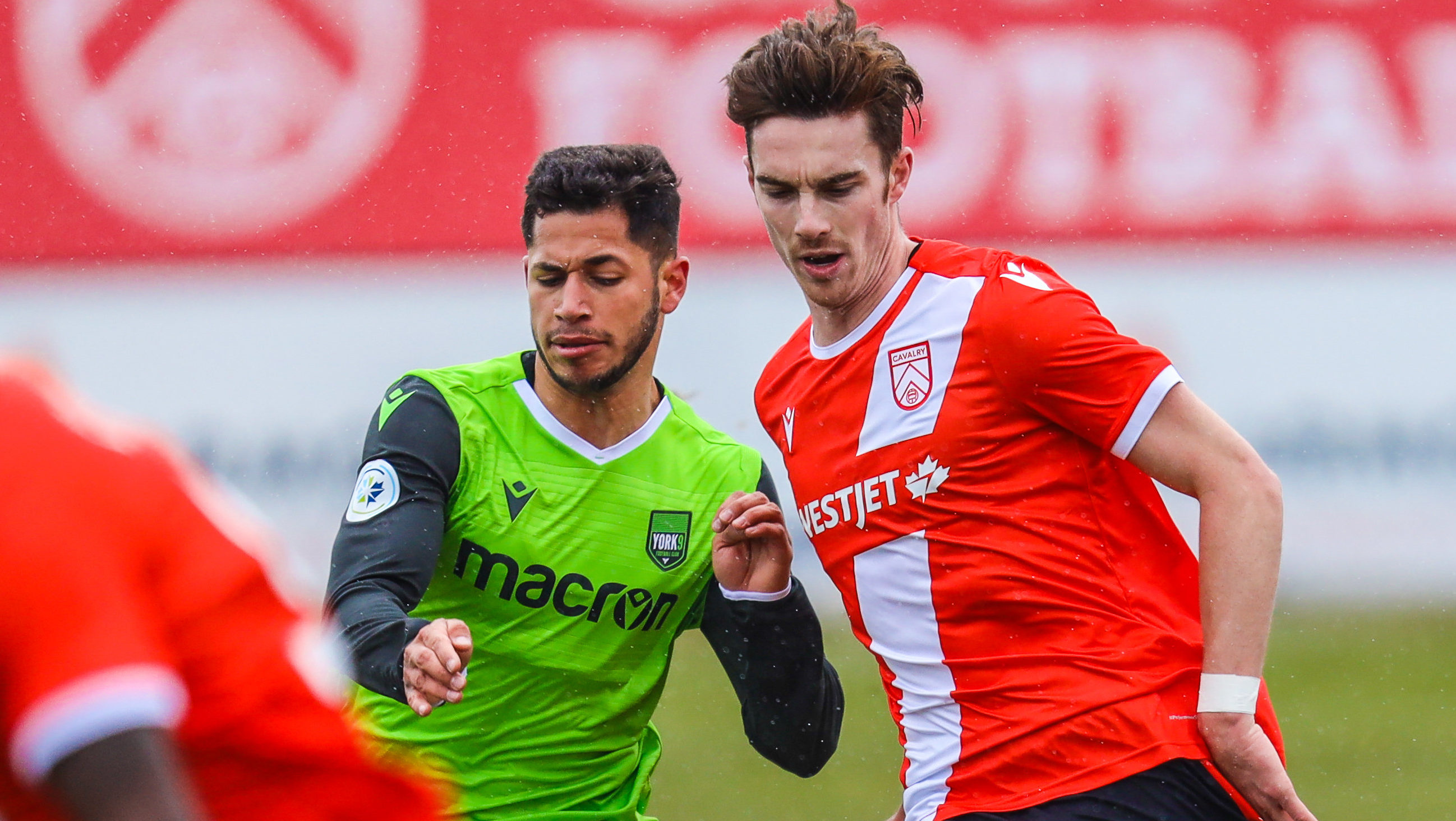 There, it led to Waterman getting a call at the beginning of 2020 that he never thought he'd get – a call from CF Montreal, then still the Impact, who wanted to sign him to a contract. From there, things moved quickly, as Waterman then inked a two-year deal (with options for 2022 and 2023), making history as the first CPL player to move to MLS, a mantle he's carried with pride ever since.

"Oh, it's huge. I don't think I'd be in this spot without it," Waterman admitted.

"When the CPL came around, it was perfect timing (for me), and I think everyone knows in this kind of profession, some things have to go your way sometimes. And I'm not afraid to say that for me, it just gave me that platform to showcase my ability and show what I could do, and obviously, Montreal liked what they saw and took me in the next year, so it definitely was a stepping stone for me in my career and in how well I've been doing."

The road has now been paved. Last year, we saw Toronto FC nab Pacific FC's Kadin Chung and Lukas MacNaughton, and based on how strongly they've also adapted, it's likely many more will follow in the years to come.

They'll have Waterman to thank, in kind.

"I have a lot of respect for what he's done, and hopefully there are so many more to come," Miller said. "If you look at the CPL now, you see a lot of the young exciting players and even some exciting older players as well. Doing top-level performances week in and week out, so hopefully we see more Canadians from that league make the jump to MLS.

"It's good to see that path open up, and for him to represent that pathway so well."

It's fantastic for #CanPL and a credit to both the player and his club that in one year, Joel Waterman has gone from the U-Sports Draft to playing under Thierry Henry. Versatile, a great athlete, and so, so confident with the ball at his feet. #IMFC pic.twitter.com/vTnYOjUVkF

Canada the next step?

It's not going to be easy for Waterman to crack into John Herdman's World Cup roster.

Still fresh off a World Cup qualifying campaign where they snapped a 36-year-old World Cup drought in dominant fashion, Canada's core group is fairly set at this point.

Despite Canada's ever-improving defence – one who conceded the fewest goals in that final round – Waterman still feels he can work his way into coach Herdman's plans, putting him in contention to get on the plane to Qatar later this year.

Off of his play alone, he's certainly in the discussion, and when you consider that Canada is fairly thin on centre-backs, especially those of the right-footed variety, there's no reason why Waterman, who is a right-footer, can't be included in the next Canada squad.

So although it might be bold to imagine Waterman taking the field against the likes of Kevin De Bruyne and Luka Modric this November with Canada, it's certainly a goal of his, and given the journey that he's been on just to get here, you'd be hard-pressed to count him out at this stage.

"I want to be a part of that World Cup squad and play in the World Cup, not only this upcoming year, but in 2026, as well," Waterman confidently stated. "I want to play for my country and get that first cap, that's something I'm chasing, so it just gives me an extra push, that extra motivation to keep playing well here and hopefully get that chance." 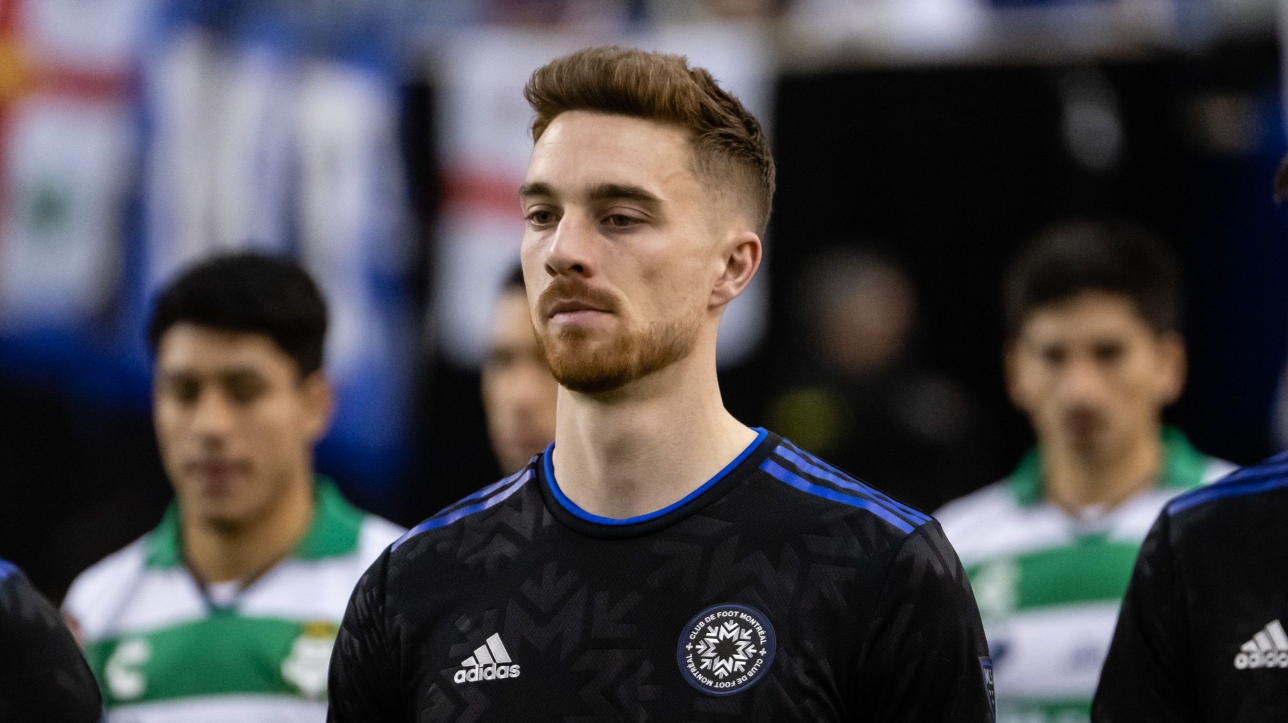 For what it's worth, those around him don't feel that it's unrealistic for him, either.

Miller, who played in 13 out of 20 games for Canada on their run to the World Cup, feels that it's the 'next step' for his teammate, something that he notes that a lot of those at his club also believe

"He feels his time is coming soon and everyone else feels that as well, that's the next step for him," Miller explained. "And he's on the right path, for sure. I think he's an interesting player, and the way that we play with Canada in that back three fits perfectly for him, playing in the middle or on that right side, so hopefully he can keep going as it'd be amazing to see another Montreal player break into the national team."

Waterman does have a January camp under his belt, so he's not a complete stranger to the fold.

Just as he's done throughout his career, all he has to do next is make the jump, and stay consistent to keep himself at that next level up.

"All I can control is playing and playing well and getting my name into that conversation," Waterman concluded.

Herdman is expected to reveal his latest CanMNT roster on Wednesday afternoon. Check back here for more details at 3PM ET / 12PM PT.