'I have a big role to play': Why Janine Beckie is poised to be an iconic CanWNT captain 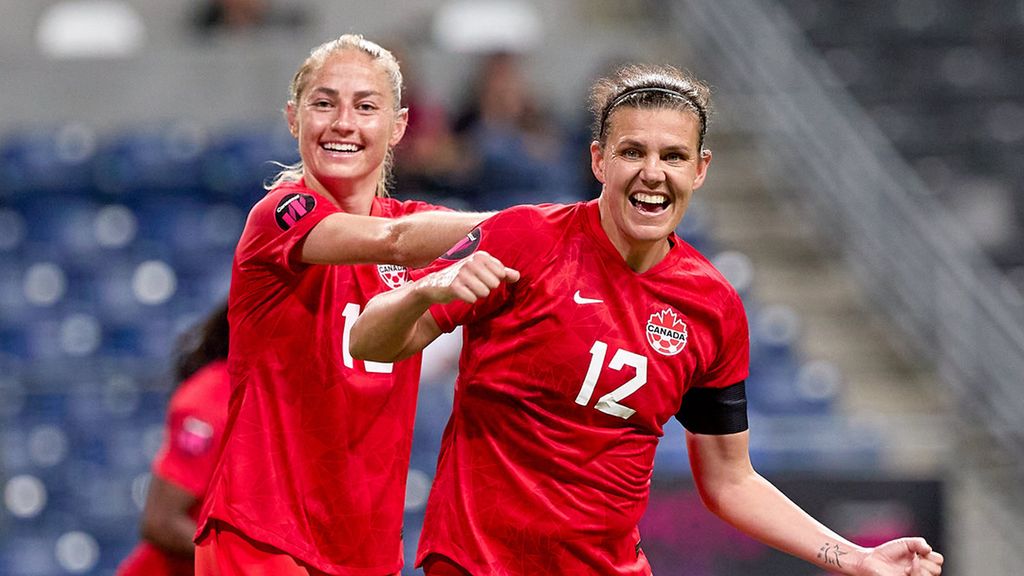 VANCOUVER – As the CanWNT continues its hunt for Christine Sinclair's eventual replacement, might a viable candidate already be knocking down the door?

It most certainly appears to be the case, as, quietly but with regular applaud, a new offensive leader has stepped up for Canada throughout this year - Sinclair's new Portland Thorns teammate, Janine Beckie.

Entering her eighth year with the Canadian program, the 27-year-old winger has found a whole new level for Les Rouges so far this year, something that continued on Tuesday as she bagged one goal and added two assists in Canada's confident 6-0 victory over Trinidad and Tobago to open the 2022 CONCACAF W Championships.

Thanks to that, it vaulted her up to an impressive two goals and four assists on the year for Canada, meaning that she's been directly involved in 50 percent of Canada's 12 goals so far in 2022, continuing to find a way to directly influence games in the attack.

Yet, for those paying attention, that's just been what Beckie has been doing the last few years. Since making her debut back in 2015, she is second in goals for Canada with 34, only behind Sinclair with 35, which is even more impressive considering that her playmaking has arguably been her greatest strength over that time.

In fact, since Bev Priestman took over last year, Beckie's seven assists are four more than the next best Canadian players, Ashley Lawrence and Jordyn Huitema, while her four goals are only bested by Jessie Fleming (plus, when considering non-penalty goals, Beckie is tied for first with Adriana Leon).

Not only that, but she also has four more goal contributions than the next best Canadian over that span, Fleming, showing she stands on her own in terms of creating chances for Canada right now, be it for herself or others.

So in a sense, it makes Beckie's performance to open the CONCACAF W Championships look normal, as it certainly was for her, at least if recent history is to go off. 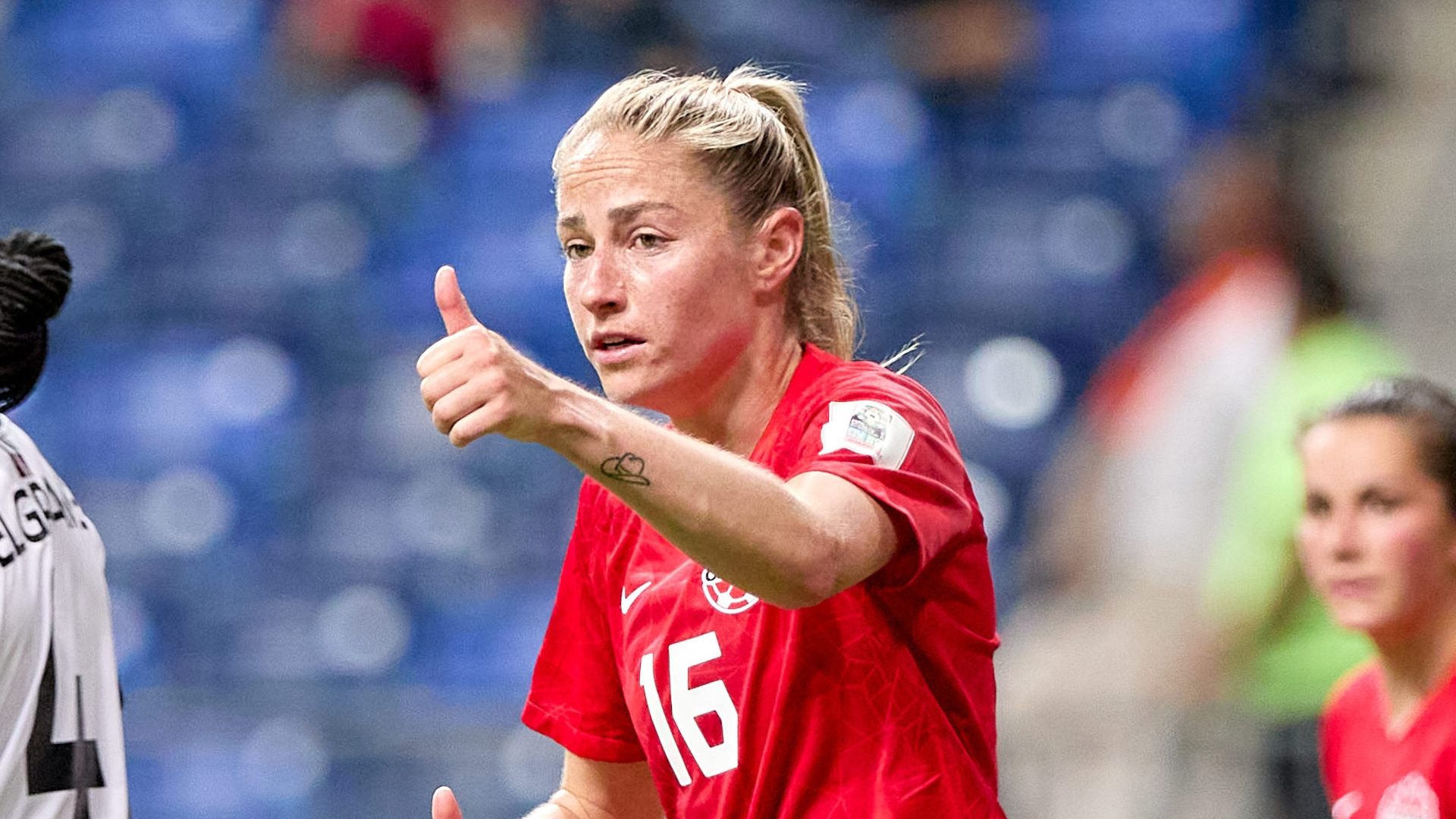 But that's just been Beckie for Canada as of late. Not only has she stepped up for Canada on the pitch, becoming an offensive spark plug, a hardworking defensive presence and a vocal leader, but she's also stepped up big time off the pitch, too, leading the way for Canada in discussions surrounding the ongoing equal pay discussion that the CanWNT is undergoing with Canada Soccer.

Not afraid to use her voice to help enact change, Beckie has been very outspoken on the subject, noting strongly to OneSoccer two weeks ago that "equal dollars is equal pay", while also promising that she and her teammates are looking to leave this team "better than (they) found it."

And that's key, as that shows how much she's stepped up for her team both on and off the field, something that she mentioned ahead of this game as being quite proud and privileged to have gotten a chance to do.

"I take a lot of pride in being a leader on this team," Beckie told reporters Monday. "We are a team full of leaders that lead in different ways. And I think that's what this team has been so desperate for over the last four or five years is for those of us that have been part of the program now for some time to kind of step into new roles and have a bigger responsibility, on and off the field."

Because of that, there's no doubt that Beckie is leaving a mark on this squad, both now and for generations to come.

So as they chase their next dreams on the pitch – which include qualifying for and having success at the 2023 FIFA Women's World Cup, as well as repeating as champions at the 2024 Olympics – look for Beckie to be a central figure in that push, all while keeping a push for change off the pitch, too.

"Janine is critical for this team and its success," Priestman said after the Trinidad and Tobago win. "I've always said it, but Janine feels incredibly supported and confident in this environment, and she needs to feel that because she's a world-class player.

"When she believes that and she has the confidence, what you see is what you got from Janine tonight, which is world-class crossing and one-touch play, which was some of her best I would say, so she just needs to keep believing in herself because like I say she's a critical jigsaw piece on this team."

It's clear Beckie doesn't mind assuming that role, so don't be surprised if the goals and assists continue to rack up for Canada's no. 16, who remains on a mission to live out more history with this team in the years to come.

"I take my responsibility on the field very seriously," Beckie said. "I feel like I have a big role to play in creating things in the attack for us and being a dominant player, someone that sees significant minutes for this team and I'm very grateful for that, and I hope to have a significant impact on this tournament."