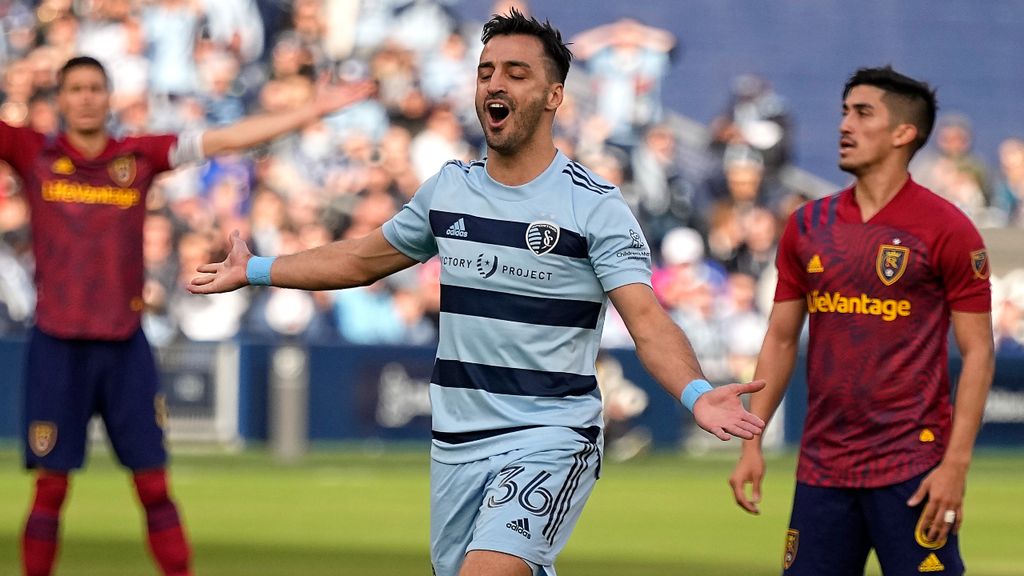 The Vancouver Whitecaps had some wheeling and dealing to take care of last week.

With MLS's Primary Transfer Window closing on Wednesday, the Whitecaps swooped in with a surprise last-minute move on deadline day, bringing in 29-year-old full back Luis Martins as a free agent.

"We are very happy to welcome Luís and his family to Vancouver" said Axel Schuster, sporting director#VWFC | #ThisCity

For a team trying their best to right an already tilting ship at the start the 2022 MLS season, this move could be a much-needed boost to their depth, as the Whitecaps are currently struggling with injuries, inconsistency, and overall form. As a result, any new faces such as Martins – or new DP Andres Cubas for that matter – are a welcome sight.

This turn of fortune has been something of a surprise, as many felt that Vancouver was poised to take another big step forward again this year after making playoffs in 2021. The idea was that Vanni Sartini would prove that last year's qualification was no fluke. Instead, it's been a return to some familiar old habits – some which feel familiar to those who endured the dark years between 2018 and 2020, when the team missed three straight playoffs.

But while the Whitecaps might point to their injury troubles and suggest that's the main reason behind these more recent struggles, it's worth noting that this Martins signing is a reflection of something the team failed to do this off-season, anyway – shore up their depth.

Excluding draft picks, the Whitecaps brought in just one new player in time for opening day, and that was defender Tristan Blackmon, who came to the club from LAFC (via Charlotte).

Other than that, however, the main core of the 2021 playoff team came back, with an idea that Vancouver would run things back with that side, especially considering that they'd have a full year under head coach Sartini, as well as several new mid-season signings from last year.

Although that idea made sense in principle, there were some concerns about the team's depth heading into this year, especially in midfield and at the back, something that has quickly become evident through the first nine games of the 2022 MLS campaign.

Plus, it highlights something curious with Whitecaps right now; their continued ignoring of the Canadian Premier League, an avenue through which they would have certainly helped their depth issues.

For example, look at some of the players who have made the jump up from the CPL to MLS.

Over in Montreal, former Cavalry FC defender Joel Waterman has become a locked-in starter in his third season with CF Montreal, becoming the first former CPL-er to score in MLS last weekend.

Over in Toronto, Kadin Chung and Lukas MacNaughton are quickly looking like solid depth additions for TFC after winning the 2021 CPL title with Pacific FC.

Then there’s Vancouver, who remain the lone Canadian MLS team yet to sign a player from the CPL. Despite watching their rivals nab some quality CPL players at cheap prices (with Toronto in particular robbing them of their own backyard picks), the Whitecaps have chosen to look elsewhere for their depth, as seen with Martins.

It begs the question – why haven’t they changed that yet? Other than trials for Amer Didic back in 2020 and Kwame Awuah in 2022, their CPL interest has remained limited, surprisingly.

That question becomes starker when considering the Martins signing. Sure, he's a solid MLS veteran, and he’ll certainly be useful for Vancouver, no doubt ... but given that he is 29, would it not have made more sense for them to bring on a younger full-back showing upside in the CPL, such as, say, 23-year-old Diyaeddine Abzi, 22-year-old Kunle Dada-Luke or 23-year-old Zach Verhoven, among others?

It's certainly something to ponder.

It's not as if the Whitecaps are unaware of the quality on display in the CPL, especially considering that they're yet to beat a CPL team in a competitive game in three attempts. Money is certainly not a problem either, given what the likes of MacNaughton, Chung and Waterman have gone for. Plus, with Vancouver homegrown Kamron Habibullah currently on loan to Pacific, it’s not as if they're not keeping tabs on the league, either.

So hopefully Vancouver steps up and changes their lack of CPL representation sooner rather than later here, as it looks to be an area where they’re potentially missing out on a potential market inefficiency. Especially with the Whitecaps wanting to be the 'Athletic Bilbao' of Canada, there's an added incentive for them to target a league brimming with young Canadians, many of whom you'd imagine could help Vancouver reach that goal while improving on the pitch.

As the league continues to develop in their own backyard, it'd be a good avenue for them to shore up their squad, helping them the next time a crisis like this arises, while taking advantage of some potential up-and-coming Canadians, much like Montreal and Toronto have done.