ANALYSIS: What the World Cup taught us about Canada's attack... and what needs to change 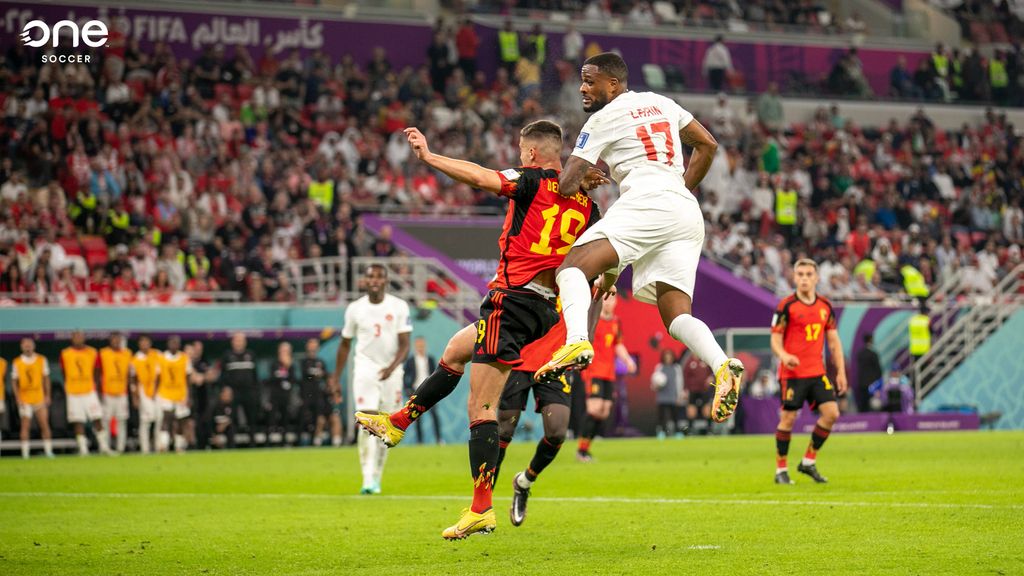 The "fear" crept in after Canada's 1-0 loss to Belgium.

Fear of repetition, of relived history, of another goalless appearance at a men's FIFA World Cup, in Canada's first return since their only showing in 1986. It was a small fear, yes, but a fear nonetheless. What if it happened again? What if we have to wait until 2026 for the first?

Having never scored at this competition before, it'd be fair to say that the Canadian men's national team had a decent World Cup offensively, as Alphonso Davies breached the target at long last, and Sam Adekugbe forced a second over the span of three games in Qatar.

Two goals is better than nothing, and given that both of Canada's goals came against two of the stingiest defensive teams in the tournament – Croatia and Morocco – that sentiment is further fuelled. Surely, that proves that Canada boasts plenty of offensive power, right?

All seemed right as rain ... at first glance. It might not be, though – here's why:

Despite what those two World Cup goals may suggest, it's worth noting that Canada's offence as a whole has been punching below its weight recently.

Speaking candidly? It has been an issue for a while now.

It can be easy to look past any offensive problems when you point to the 17 goals Canada have scored in their past 12 games, a strong suggestion that all is going smoothly enough. But if you factor in that eight of that tally came in 4-goal outbursts against Jamaica and Curaçao, it leaves Canada with just 9 goals from their other 10 games, or less than a goal per game. That's the bigger worry.

Even more concerning is that a look at the distribution of scorers shows Canada's heaviest hitters have been unusually quiet lately, too.

Across those 12 games, Alphonso Davies leads the team with three goals, followed by Jonathan David, Cyle Larin, Lucas Cavallini and Steven Vitória each with two. A trio of additional names sit with one each. 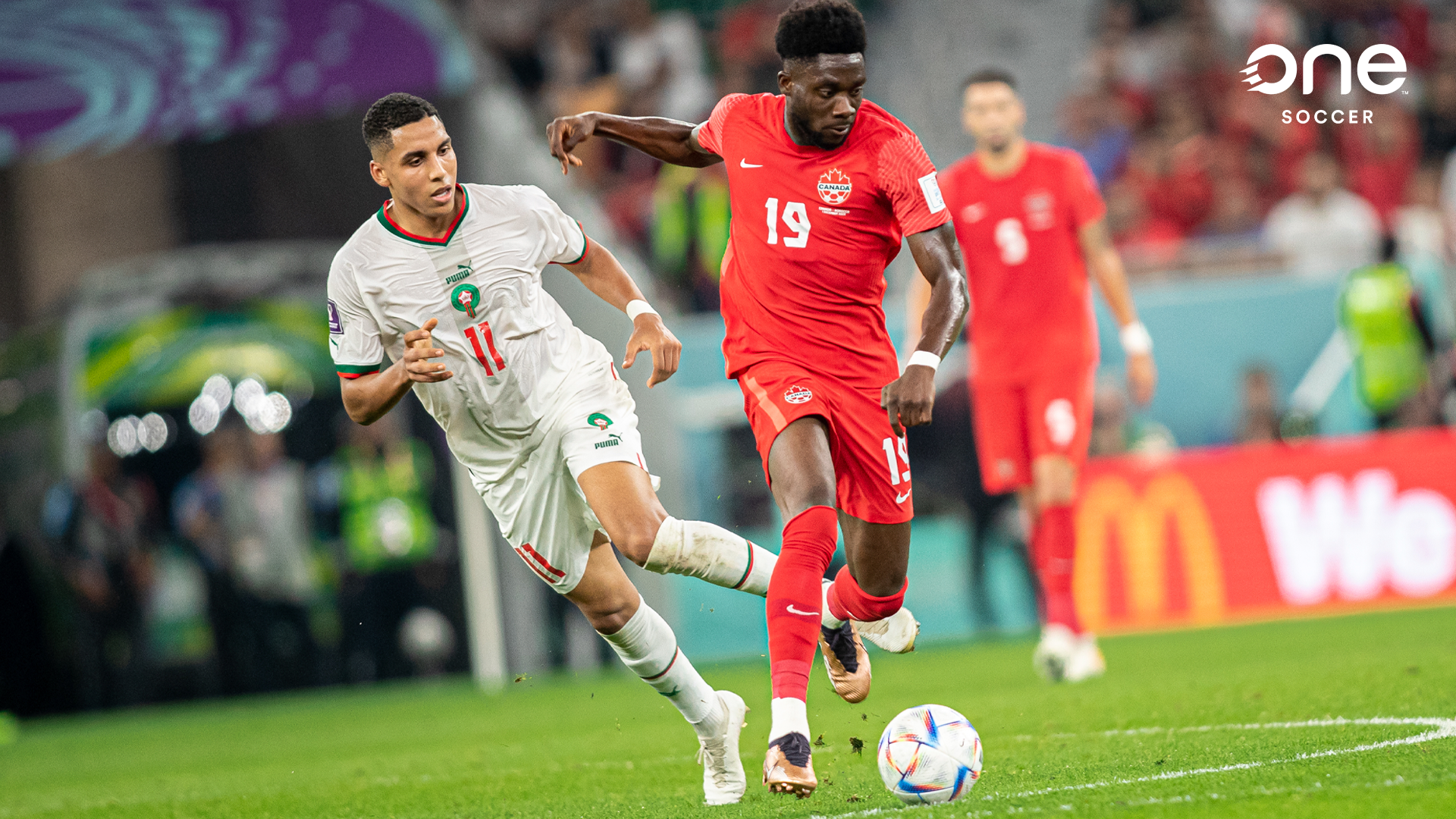 To put it simply: Canada's typical goal-scorers, David and Larin, have notched just two each in their last 12 games.

That stat is made even more sobering by the fact that Davies is actually tied over that span with a forgotten name – the vaunted Own Goal, of which Canada has forced three, rounding off those 17 goals.

So, Canada's biggest priority after this World Cup ends is getting their strikers more involved offensively, in any way they can. A huge part of their success in their 20-game World Cup Qualifying journey came down to Larin (13 goals) and David (9 goals) doing a great job of being prolific with consistency. That well has seemingly run dry, and manager John Herdman has to figure out why.

In particular, Larin has hit a wall at the wrong time, as he's scored just two goals at club level since the start of February, too. A move from Besiktas to Club Brugge hasn't yielded the playing time he's looking for, and that lack of form has translated over to the national team, too. In totall, Larin has scored just four goals for club and country in the past 10 months.

David's case is a little different, though. He's one of the most in-form strikers in Europe at the club level right now, leading Ligue 1 at times for Lille OSC and challenging the likes of Lionel Messi, Neymar, and Kylian Mbappe for the French league's Golden Boot. For Canada? It's been a different story, with David even being dropped from the starting lineup at the World Cup.

Canada will have to evaluate this strike duo partnership, given that they two started seven of the last 12 games together with little output. It'll be tough to do, as the two have had lethal moments together, such as when they got hot during the past January window for World Cup Qualifying, or when they both scored in a 2-0 win against Qatar in September.

But, there have been too many quiet games of late – especially against top opposition like Uruguay, Japan, and Croatia, where neither have scored. As such, those quiet moments have been more pronounced.

So those are the issues, laid bare. Naturally, the next thing to ask is... why is this happening?

Adjustments to be made in 2023

The ideal Canada lineup, on paper, almost always includes both Larin and David in some form. The reality is that playing the pair together usually means Canada either has to sacrifice a player out wide or in midfield to play both strikers together, whether in a 3-5-2 or a 4-4-2.

Given the elite talent that Canada has in wide areas, they've usually opted to go for the 4-4-2, which, to their credit, has served its purpose well, especially during World Cup qualifiers.

But as Canada began to play higher-level games, that formation has begun to show flaws. It may be wise to throw an extra midfielder into the fold in order to hold their heads above water. Unless they sacrifice a winger like Tajon Buchanan or Alphonso Davies to go to a 3-5-2 – not ideal, to be clear – it means one of Larin or David might need to be dropped, allowing Canada to go for more of a 4-3-3.

It might be harsh, given how important the pair have been for Canada, but at the highest level, there aren't many teams playing two strikers anymore, choosing to prioritize stocking up in midfield and defensively.

There's no point in having two lethal strikers on the field if neither of them can get the ball because their team is getting outnumbered in midfield and scorched in transition, as Canada learned the hard way in recent games.

It may be more ideal to set up with one striker, and given that Larin remains mired in the slump, David would be the likelier choice to start. Interestingly, this has been a set-up that David has already thrived in – against Belgium, for example, David started the game up front on his own, and had a great game, generating 1.37 Expected Goals (xG) on six open-play shots.

Through 1 round, Jonathan David leads all players in the #FIFAWorldCup in xG with 1.37

Much to the frustration of Canadian fans, he didn’t score against Belgium, yes, but for reference, that’s the most shots and xG that David has had in a game for Canada since June of 2021, when he had 2.04 xG on six shots in a 3-0 win over Haiti in World Cup qualifiers.

All of that to say, given that David typically scores goals at a high level for club and country (78 goals in 194 club games, 22 goals in 37 games for Canada), it’s not hard to imagine that if he keeps that sort of production up in most games, he’s going to score goals.

But instead, he was paired with Larin the next game against Croatia, where he got just 0.06 xG on one shot (which, interestingly enough, came after Larin was subbed off), before getting benched against Morocco, playing just 34 minutes off the bench in relief of Larin. Because of that, instead of being able to build off the positive performance in the first game, he was left to succumb to what ended up being a disappointing tournament for him.

Of course, that Belgium game is a small sample size, so it’s not to say that playing David up front on his own is THE solution, but given that he plays in a similar set-up with Lille, where he is one of the top scorers in Ligue 1, it shows that it can work. Typically, as long as you’re comfortable with the trade-offs that having David lead a line can do for you, such as having him drop deeper and not occupy the centre backs as much, he can thrive in such a system, and has shown that.

Then, from there, Larin and the rest of Canada’s strikers, especially Iké Ugbo, can compete with him to grab that spot, making for a fun battle should those two get into form at club level.

So for now, while it would be nice to pair them together in a perfect world, unless Canada is going to sacrifice some wide players to go to a 3-5-2, their need for midfield solidity shows that this shift to a lone-striker 4-3-3 formation could be the way forward for Canada.

The #CanMNT have shifted to a 4-3-3 post-subs. And, not surprisingly, they look miles better already

Look a lot more fluid, and Ismaël Koné is balling out right now. Need to see more of this

As seen in the stats, their offence is suffering from the top and wide-heavy nature of their tactical set-up, and they’ll need to shift it in order to compete with bigger teams going forward.

If not, it’ll mean letting a key learning lesson from the World Cup go to waste – that they need to prioritize their midfield, as it’s impacting not just their sometimes worrying defence, but also sinking their world-class attack.

And for a team that has as much talent in the attack that they do, that wouldn’t be prudent, something that they’ll look to take advantage of going forward.