GANGUE-RUZIC: Strong start to Australia camp provides glimpse of what CanWNT can become ahead of World Cup 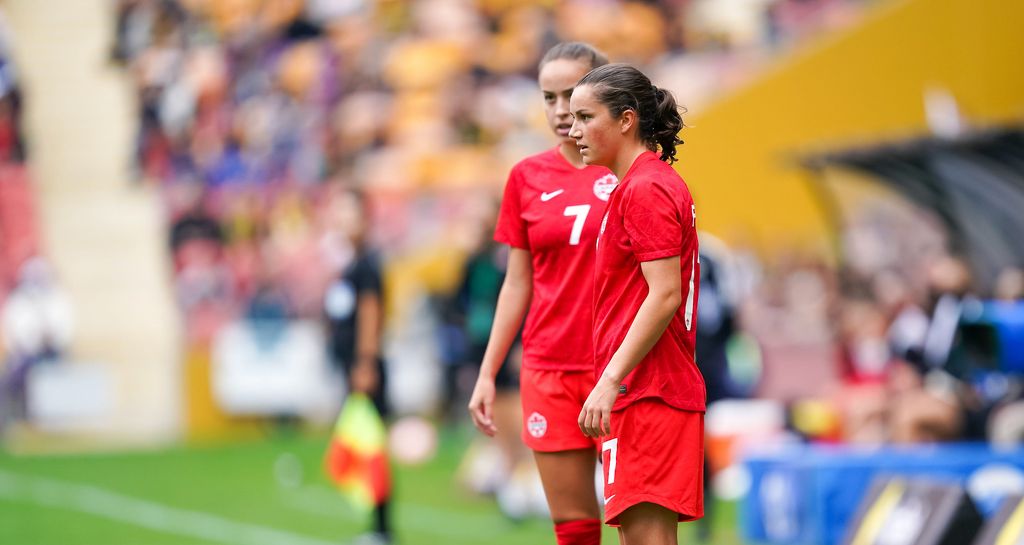 It was the perfect way to kick off their Australian adventure.

Despite being heavily shorthanded, especially on the defensive side of things, the CanWNT picked up a significant result on Friday, nabbing a surprise 1-0 win over Australia in the first of two friendlies against the 2023 World Cup co-hosts this month.

In a camp that was supposed to be about solid performances and tactical lessons instead of wins and losses, Canada showed that those things don’t have to be mutually exclusive from each other, winning while putting up one of their strongest overall performances of 2022 on Friday.

Right from the first whistle, Canada came out with a vengeance, eager to show that their absences were not going to prevent them from applying their game plan out on the field, and that showed.

Deployed in a bit of a new-look 4-4-2, with a very attacking-heavy lineup, Canada came out with a bold set-up, one not typically seen from them.

Instead of their usual 4-3-3, which often relies on a defined spine in the middle of the park, with a midfield anchor to ensure Canada has a defined shape, they decided to switch to an aggressive midfield pivot, with some attacking wide players, making for a new look. And it worked to a tee.

The #CanWNT/#CanXNT are looking FLUID right now in transition

The finish is lacking, but the chances they are generating right now are excellent. They're carving Australia apart every time they win back the ball

Despite electing to go without the defined midfield triangle that they’ve often stuck with under Bev Priestman, the midfield pivot, in particular, was a big revelation, as Julia Grosso and Jessie Fleming proved to be an admirable partnership in midfield.

With both of them more known for their ability at getting the ball up the pitch, creating chances for both their teammates and themselves, instead of being players who thrive defensively, they brought a new look to Canada’s build-up play.

In the process, they showed that sometimes a good defence can really be your offence, helping keep Australia at bay in that area of the pitch for large chunks of the game, with their opponent’s best chances often coming in transition, showing Grosso and Fleming’s ability to push the ball in the right direction.

Despite playing in front of a makeshift defence, one that was completely changed from the one that did so well at the CONCACAF Championships due to injury and other factors, they ended up being a solid shield for that back four.

And speaking of that defence, some more revelations were found there, too.

Firstly, and not that surprisingly, was the one that Kailen Sheridan is indeed stepping up nicely as Canada’s replacement for the retired Stephanie Labbé. Always a top goalkeeper in the NWSL, she’s now translating that consistently over to Canada, where she’s really grown into their defensive system, and has proven to have a knack for the big save.

That much was clear in a game such as this one, as despite facing the always-dangerous Samantha Kerr, who was lurking throughout the game, Sheridan got the better of that matchup, making some key stops against the Ballon D’Or nominee. Through that, she really helped Canada keep things from unravelling at the back, giving the makeshift back four the confidence they needed to get through the game, with a clean sheet, to boot.

Secondly, and more surprisingly, was the emergence of those in the back four. For example, despite having just two caps heading into this camp, Bianca St-Georges had a standout performance at right back, while the likes of Sura Yekka and Shelina Zadorsky formed a nice centre back partnership, especially in their play on the ball when playing out of the back, something Canada is looking to work on.

Therefore, while they did have a few lapses defensively, those were always going to be expected, especially when you remember that the likes of Kadeisha Buchanan, Vanessa Gilles and Ashley Lawrence were absent, given that they’re among the best at their respective positions in the sport.

Yet, overall, that was reflective of Canada’s performance in this game. From those surprise showings defensively, to the modern midfield pivot, as well as some intriguing performances in the attack (Adriana Leon and Jordyn Huitema, in particular, shone), Canada was clicking all over the field. 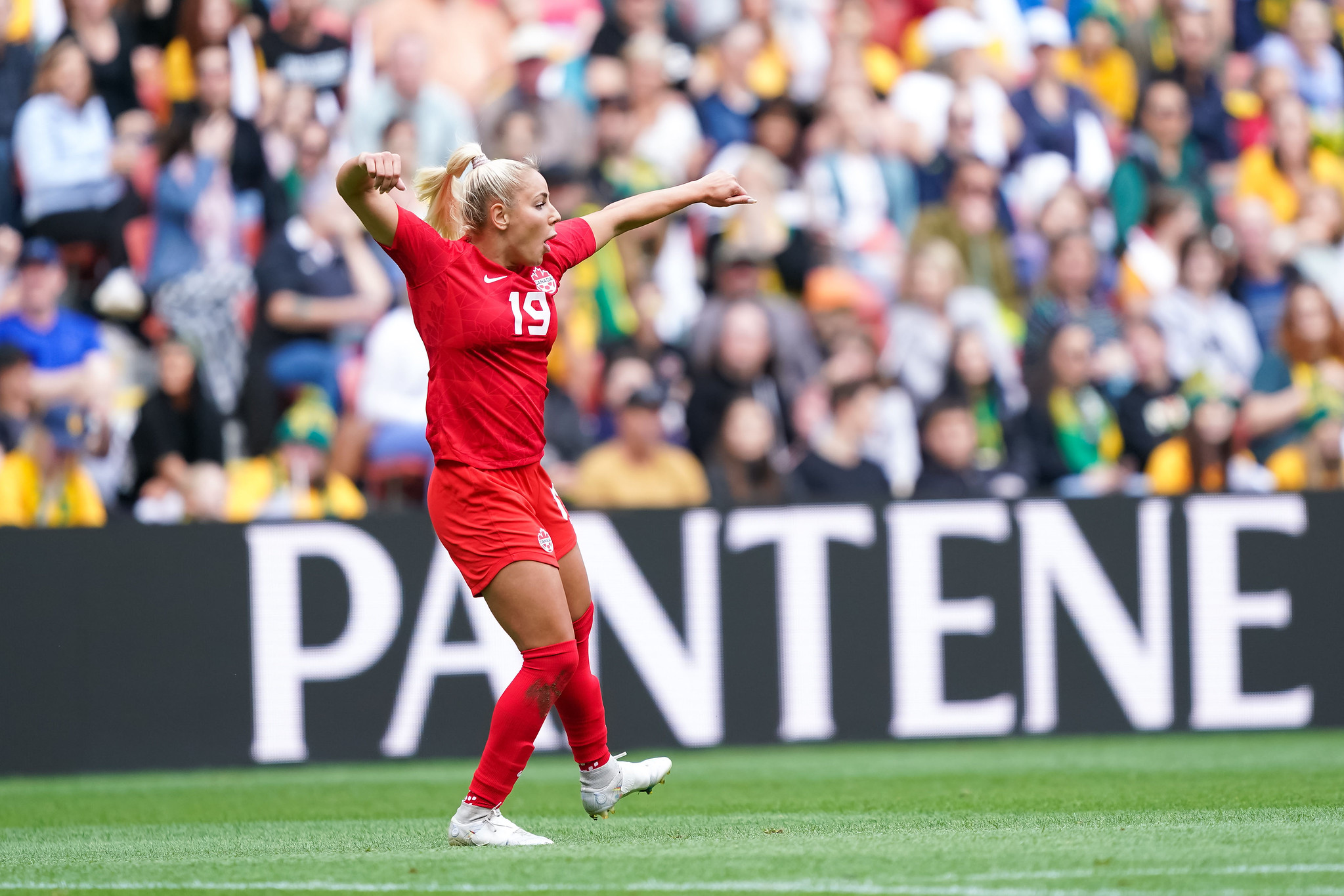 Because of that, it offers some intrigue ahead of this second game against Australia, which comes early (or late, depending on your perspective) on Tuesday, September 6th. Having been surprised as they had in the first game, they’ll want to find a way to keep that positive momentum going now, allowing them to finish off the camp on a high note.

If they’re to do that, however, a stiff test awaits them. Australia is a tier-one team for a reason, and while they showed that in flashes in the last game, they’ll probably look to really turn things up a notch in this game, especially given that they’re in front of their home fans, who will be looking for this team to do well at the World Cup next year.

As a result, while Canada got the narrow edge in matchup one, matchup two could be a whole different animal, something that Priestman made sure to warn in the leadup to this game.

"The Australia that I know, I think they could have another level to them," Priestman told reporters on Sunday. "We're not getting carried away and I do think that Australia have another gear to them,"

“And they'll be out with a point to prove, for sure.”

Given that they want to head into next year’s tournament as a new-look Canada, one that shows that they can keep up with the ever-evolving and adapting women’s international game, continuing what they started is a must, helping them push onto the next step of their journey, something they’ll look to do in this upcoming match.

If they can do that, it’d make this camp a smashing success, one that can help them build momentum ahead of what’s to come, starting off this long journey towards the World Cup on a perfect note.

Catch the CanWNT in action against Australia LIVE on OneSoccer on Tuesday, September 6th at 5:40 a.m. ET.