BATTLE FOR 1ST: Everything you NEED to know ahead of CPL's final weekend before playoffs

AlexGangueRuzic
CanPL
The Canadian Premier League's fourth season is nearing its natural conclusion, but on this, the final weekend of regular season action, we've still got plenty of questions to answer ahead of another competitive playoff tournament.

TORONTO – Twenty-seven games down for each club, and the final matchday of the 2022 Canadian Premier League regular season is now officially upon us.

Six months after the season kicked off, we are suddenly nearing its conclusion, as one team will be crowned as "North Star Shield" winners on the weekend of October 29th, putting a bow on this fourth season of the CPL.

All that’s left is to seed them and get going with the playoffs, eventually leading to that grandstand final in just a few weeks' time.

But while there's a lot to eventually reflect back upon from how this season has gone, from memorable games to stunning goals, there’s still a lot to be decided, which should be fun to keep an eye out for over the next four weekends.

Starting with this weekend, which will only set the table for what’s to come in the playoffs, every matchday from here on in is going to have a little bit extra in it.

So as this regular season finale approaches, here’s a look at what to keep an eye out for on the final matchday of a memorable regular season, one that should hopefully be a preview of what’s to come in the postseason.

While the four playoff participants are decided, though, making it seem that this weekend could have some dead rubber matches, fear not - that shouldn’t be a problem.

In fact, while each team knows whether it will be in the playoffs or not, no one knows who they’ll be playing yet, as each of the four qualified teams, which are Atlético Ottawa, Pacific, Forge and Cavalry, could all very well still play the other in the semi-finals.

As a result, this last weekend will be crucial in deciding who matches up against who in the semis, which as a reminder are two-legged aggregates series where the #1 seed will play #4 and #2 will play #3, which given how different each team’s record is against the other, could be intriguing to watch out for.

Plus, there’s the advantage that whoever finishes in the top two will be guaranteed to have the second leg of their playoff series at home, too, which is always a big edge to have.

Therefore, look for each of the teams to push for that top two this weekend. Ottawa has so far booked one spot there, guaranteed to fall no further than second, but each of Pacific, Cavalry and Forge could all nab the second top two seed, ensuring they have that edge.

Otherwise, there’s one last bit of business that can be sorted out this weekend for these teams - the regular season title.

Recently introduced, this will be the first season it will be officially awarded, and while there is no trophy to give out yet, it’s still an accomplishment to chase (along with the financial reward that goes along with it).

Here's @CPLCommish's full announcement that the #CanPL regular season champions will be honoured beginning this season 🍁#CanPL I 📺 @onesoccer pic.twitter.com/u1DJxswso9

Only able to still be won by Ottawa and Pacific, Ottawa can clinch it as long as they pick up points in their game against York or if Pacific drops points against Cavalry, with the combination of a Pacific win and Ottawa loss being the only scenario where Pacific can pick up this award.

Along with the bonus that whoever first is guaranteed to host the final should they make it there, that’d be a nice bonus for either team to have, only adding further incentive to want to finish atop of the table. 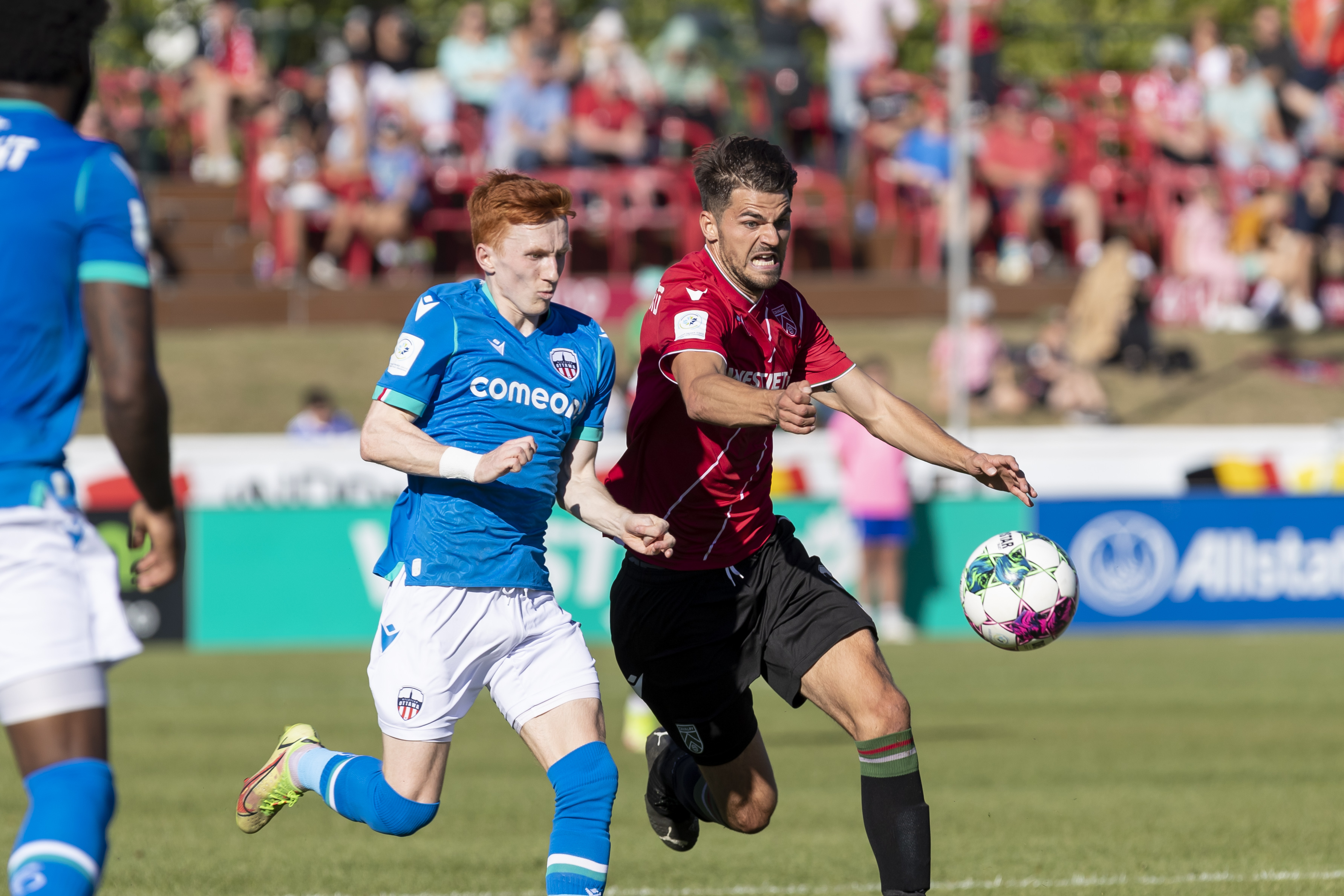 For all of the implications that each of the four playoff teams will be facing this weekend, however, there’s also a lot to sort out on the individual side of things, too.

That, of course, being the individual awards, of which the playoffs will not be counted, meaning that will be the last matchday for any players to make a case for individual hardware.

NEWS: The Canadian Premier League will hand out Defender of the Year and Players’ Player of the Year honours for the first time in 2022, expanding its annual end of season awards from five to seven categories 🏆

Currently led by Alejandro Díaz, who still leads the race with 13 goals despite leaving Pacific in August, he’s got three competitors who could potentially catch him this weekend - Osaze De Rosario, Sam Salter and Woobens Pacius, who have 11, 11 and 10 goals respectively.

It’s going to be a tall ask for them, as they’ll all have to score multiple goals to even have a chance, but it’s a possibility, one that they’ll all be shooting for.

And considering that just getting to 13 goals will be enough to leave with hardware, as the league splits the award in case of a tiebreaker, all of a sudden the idea of De Rosario or Salter grabbing a brace, or Pacius grabbing a hat trick, doesn’t seem so unrealistic.

Otherwise, while those other awards aren’t going to be heavily influenced by this weekend, a strong finish from players certainly wouldn’t hurt their cases, especially given that any strong recent performances are likely to be on the minds of voters when they tabulate their picks.

So although no player might outright win an award with strong play this weekend, they could do enough to sway a close battle, say, getting the swing votes they need to nab hardware, which is something to watch out for.

What's next in CPL playoffs?

As mentioned earlier, however, while this last weekend should be fun for various reasons, it’s also a dress rehearsal for the playoffs.

Which, for those unaware, actually kicks off in less than 10 days, as there is a short turnaround between the regular season and the postseason.

The format of the 2022 #CanPL season 👇 pic.twitter.com/z1r6yTJNOo

Therefore, it means from here on in, the big games will be coming thick and thin, leaving little time to catch your breath.

With a tight race to become the fourth-ever ‘North Star Shield’ winner, this could very well be the best playoffs yet, with this weekend expected to be a potential test drive for what’s to come in that regard.