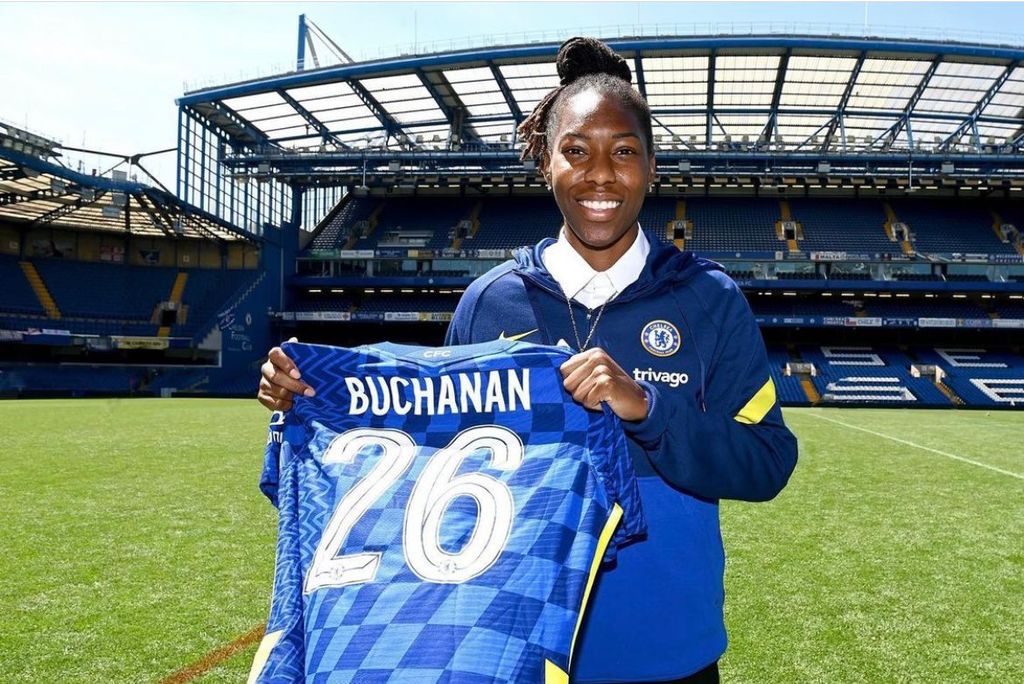 After a week of intense speculation, the deal has now been finalized - CanWNT defender, Kadeisha Buchanan, is taking her talents to London, England.

Having just announced her departure from Lyon last week, it was revealed on Friday that the 26-year-old Buchanan, who has 116 caps for Canada, will be joining Canadian teammate Jessie Fleming at Chelsea this upcoming season.

Coming off a stint in France that saw her win five D1Arkema league titles, three French Cups and five Champions League crowns, this is a huge coup for Chelsea, whose three-year deal for Buchanan is reportedly among one of the most lucrative for a defender, ever.

But it’s one that really shows Chelsea’s future intent to the rest of Europe. A dominant team in England, having won the last three FAWSL league titles, two FA Cups and two of the last three league cups, they haven’t quite had the same impact in Europe’s marquee competition, the Champions League, coming closest to winning when they finished runner ups in 2020/2021.

Now, though, with Buchanan’s wealth of experience in tow, especially in that tournament, they’re hoping that they can change that, something that she made sure to outline clearly in her arrival statement.

‘I am coming to Chelsea with the same ambition I always had - to win trophies and become the best in the world,” Buchanan told ChelseaFC.com. “The club has everything in order for us to compete in every competition and it’s time to bring a Champions League trophy to London.”

Before she joins her new teammates, however, a busy summer awaits Buchanan, as she will be called in for international duty with Canada from mid-June to July, with their World Cup qualifiers getting underway at the beginning of July down in Monterrey, Mexico.

After that, though, she’s going to dive right into her new life as a Blue, helping them waste no time as they start to push towards their goals this season.

‘She is going to bring a quality to our group and with her brilliant personality and character, we think she will be really liked within the dressing room,” Chelsea coach, Emma Hayes, added.

“We look forward to welcoming Kadeisha this summer.”

Chelsea FC Women are delighted to announce the signing of Canadian defender @keishaballa on a three-year deal! ✍️

Welcome to the team, Kadeisha!