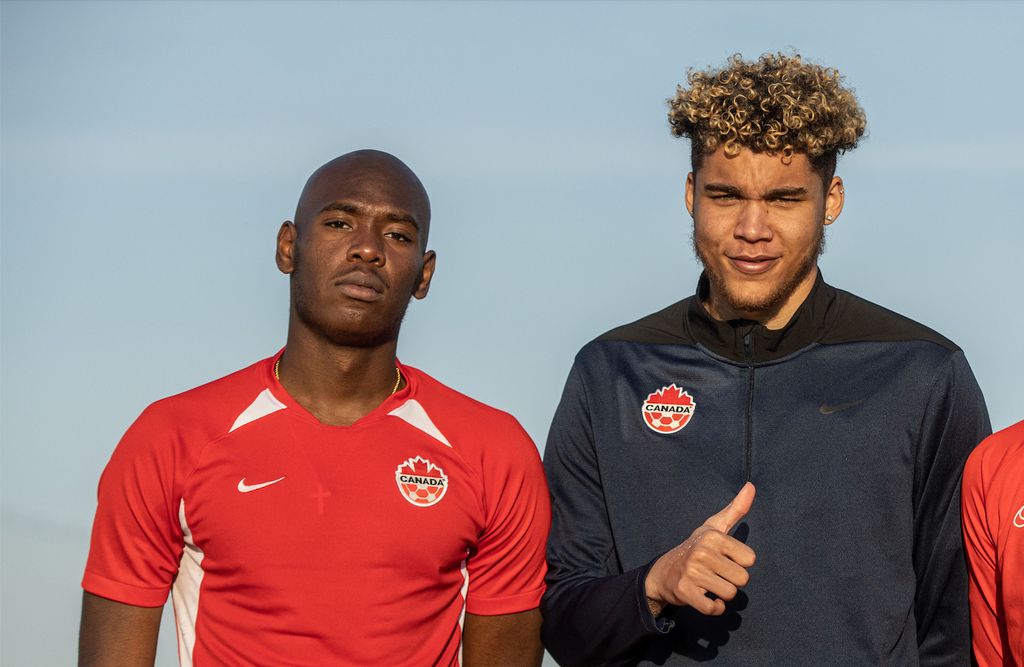 VANCOUVER – There will be some CanMNT representation at the 2022 MLS All-Star Game later this year, as MLS revealed the 26-player squad who will take on Liga MX’s All-Stars in the league’s annual showcase event on August 10th.

And included in that squad are two CanMNT regulars, Minnesota United goalkeeper, Dayne St.Clair, as well as CF Montréal centre back, Kamal Miller, who barring anything unforeseen over the next month, will head down to Minnesota for this game.

For St.Clair, this is his first inclusion at the All-Star game, but it’s a welcome one, as he’s been one of the hottest goalkeepers in MLS this season, helping keep Minnesota afloat in the playoff race with his key saves (while even chipping in with assists now, too).  With his big frame and speed off the line, the 25-year-old has quickly become a name to fear for all attackers around the league, as he has a knack for both making the save you’d expect him to make, as well as the save you don’t expect him to make.

Because of that, he was an expected inclusion for this game, and for good reason, making it fitting that his selection was made by his head coach, Adrian Heath, who is coaching MLS for this game by virtue of being the head coach of the host team.

Meanwhile, this is also Miller’s first inclusion at the all-star game, as he gets to represent a Montréal side that has been rolling this year. An underappreciated defender, one that can make things happen at both ends, he was actually selected as one of two commissioner picks by MLS commissioner Don Garber, showing how underrated he actually is.

As a result, he now gets to represent his team down in Minnesota, where he’ll get to show why the 25-year-old has become a regular on the CanMNT over the past few years, all while emerging as one of the more reliable defenders in all of MLS.

Congrats to both of them, and will be fun to see them take on Liga MX’s all-stars later this summer

Should any of the two see the field, this will be the first time since 2019 that a Canadian has played at the All-Star game, when then-LAFC midfielder Mark-Anthony Kaye came off the bench that year. Tajon Buchanan was named to the team last year, but had to pull out as he finalized a transfer to Club Brugge.

The All-Star game will take place on August 10th of this year at Minnesota’s Allianz Field, all coming part of a week that will include a skill challenge, concerts and much more.