"I was better than that": How a sideline spell fueled Dayne St. Clair's red-hot return 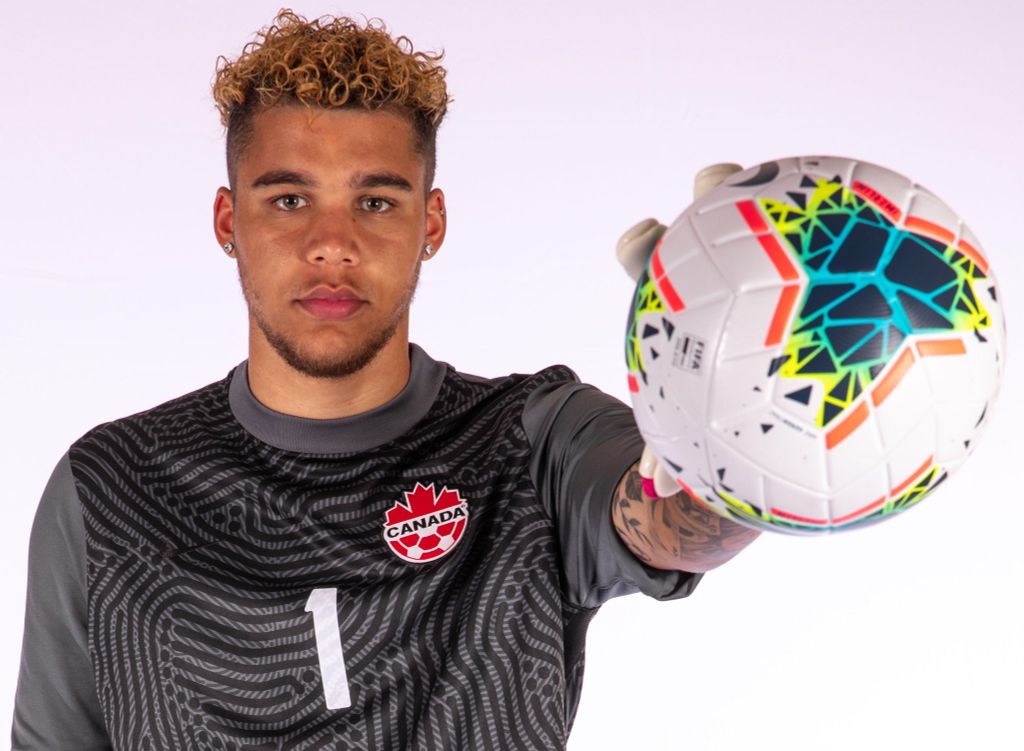 VANCOUVER – Sometimes, you need to get knocked down in order to get back up again.

Minnesota United goalkeeper Dayne St. Clair is a testament to this particular adage.

After not playing much to start the year, the 25-year-old Canadian goalkeeper is flying for the Loons. He's living up to the potential that many bestowed upon his 6-foot-3 shoulders when he was first drafted by Minnesota back in 2019, and has displaced Tyler Miller from the starting XI picture. He's quickly risen through the goalkeeping ranks for Canada, too.

St. Clair has not only staked his claim as one of the best young goalkeepers in the league; he may rank among the best of the best in MLS, period.

But his rise wasn't a straight shot upward. He had hit a wall, first.

After a nightmare first four games of the 2021 season for Minnesota in which they lost all four games (and conceded 10 goals along the way), Miller took back his net, and didn’t give it up for the rest of the year.

St. Clair’s only other action came in November when Miller got ill ahead of their lone playoff game. As a result, he lost his spot on the CanMNT, too, leaving him to sit on and watch as Canada pushed forward to Qatar.

With the scare of a club and country adapting without him, St. Clair was left wondering when his next opportunity would come to re-emerge into the sun.

"I think it brought back some of that hunger, for sure," St. Clair told OneSoccer this week. "I think when you go into some of the lowest moments in your career, it kind of makes you enjoy the higher moments a little bit more, and brought back that hunger and reminded me that I can never take anything for granted." 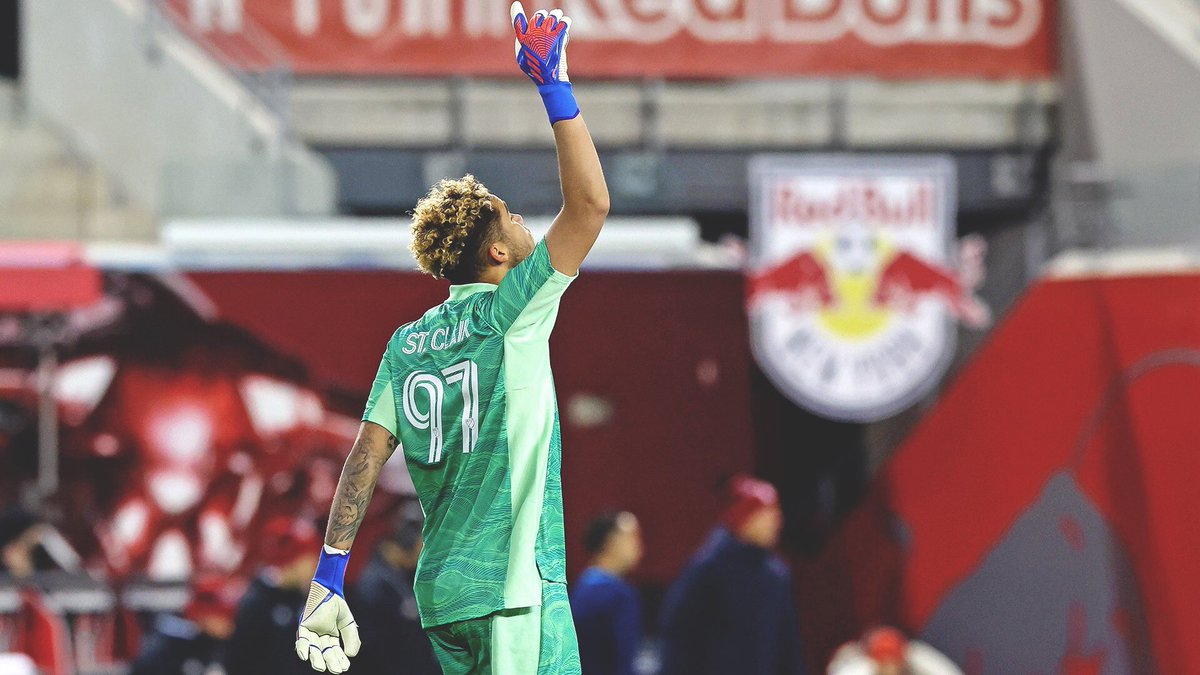 Motivated by a chance to make the CanMNT squad as they tried to close out their historic World Cup qualification campaign – jointly, an opportunity to prove some doubters wrong – a new-and-improved St. Clair emerged, with just one thing on his mind – domination.

"With Canada doing so well, I wanted to be a part of that World Cup (qualification) team," St. Clair reflected. "I also had some external motivation, especially with the way last year went; I wanted to improve upon that. I knew that I was better than that.

"I wanted to show my teammates, the fans, people inside and outside the league what I knew what I was capable of."

It didn't happen right away, as he had to watch Miller hold down the fort for the first two games of this season, but having picked up an illness ahead of the third game, St. Clair was finally given his second chance.

Since then? He hasn’t looked back, playing in 16 straight games for the Loons.

During this spell, he's worked to hold together what hasn't exactly been an airtight defence, conceding 21 goals in those 16 games, keeping three clean sheets despite playing on a team that's given up the third-most shots per game while boasting the fourth-most expected goals (xG) against in MLS. 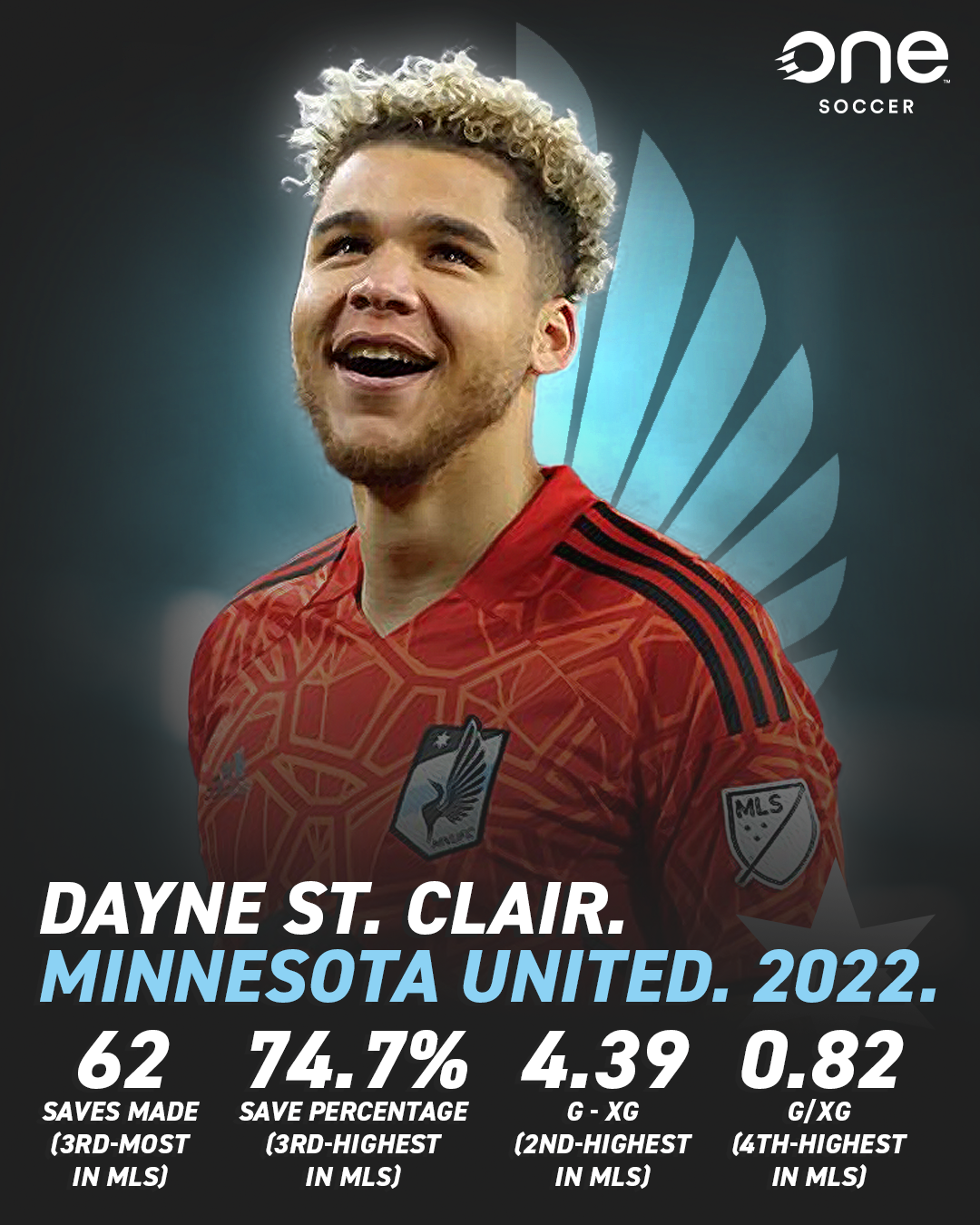 Not only that, but he’s near the top of the league for most important goalkeeping metrics, too, showing how dominant he’s been for Minnesota, who remain just two points off the playoff line thanks to his heroics.

Thanks to his big frame, his ability to close down attackers, and his penchant for a big save, St. Clair has proven himself something of a clutch merchant for Minnesota.

"I pride myself in my ability to close down and use my presence, my size," St. Clair explained. "I think just getting in front of shots, and closing down the angle is definitely one of my strengths, those 1-v-1 situations are where I like to thrive – and I think penalties too.

"Really, anytime that I'm not expected to make the save is where I thrive in – where I want to thrive in – because it's also a momentum boost for my team.

"You have to enjoy making all the saves, but I think anytime you can make that big save, that can help the momentum swing in and turn the tide for your team."

another clean sheet for the lad. 🚫 pic.twitter.com/eENKrZZorz

There’s no doubt that St. Clair is back on track with his grand ambitions, having already vaulted back into the CanMNT squad during the final WCQ window, celebrating with his compatriots as Canada qualified for Qatar 2022.

A potential MLS All-Star game nod looks assured (the game being in Minnesota helps), and a likely plane ticket to Qatar this winter, with some potential individual league accolades at season's end means things are looking up for St. Clair these days.

But make no mistake – he isn’t done here. The next mission? Put Milan Borjan and Maxime Crepeau on the bench for Canada.

"I think the situation that I was going into last year was just trying to compete for that third spot, and now I feel a little bit more comfortable there," St. Clair said of his national team ambitions.

"We all have different techniques and styles of play, so it kind of can depend on maybe the game or things like that in the future.

"But I think the competition we have is good. We also have a love for each other and whoever is in the net that day, we support them fully."

For St. Clair, there's no doubt that his soccer journey is just beginning. With all sorts of runway sitting in front of him, he wants to take as much advantage of it as possible, especially knowing how fickle this industry can be.

He's hungry to fully grasp every opportunity that comes his way, even if they come a long way from home.

"When you first grew up, going to Europe was the goal, because that was the professional soccer available," St. Clair said of his European dreams.

"Credit to the Canadian Premier League for being there and giving guys a platform (now), especially for the guys going and making the move to Europe, too, but Europe is definitely somewhere where I’d want to test myself one day."