Alistair Johnston boasts strength and skill and defensive acumen in spades... but could adaptability be his strongest suit?

Just as he displayed when going from Vaughan Azzurri to Nashville SC, and from Nashville to CF Montréal, Johnston's ability to rapidly acclimatize to his new surroundings is proving key to his upward career trajectory. The Canadian defender has enjoyed a flying start to life and football in Europe, putting in a pair of noteworthy debut performances that saw him named to the Scottish Premiership Team of the Week not once, but twice in a row after just his first two appearances for The Bhoys.

"It's been unbelievably easy, honestly," Johnston told Celtic TV, when asked about the transition from MLS to SPFL. "Coming in January is normally difficult for players. I was told, 'Look, just try to find your feet here, get through these first couple months, get settled, and then we'll see from there.' The guys have been super welcoming, the whole coaching staff – the entire city... well, half the city isn't as welcoming as the other half!

"But yeah, it's been a pretty smooth transition so far." 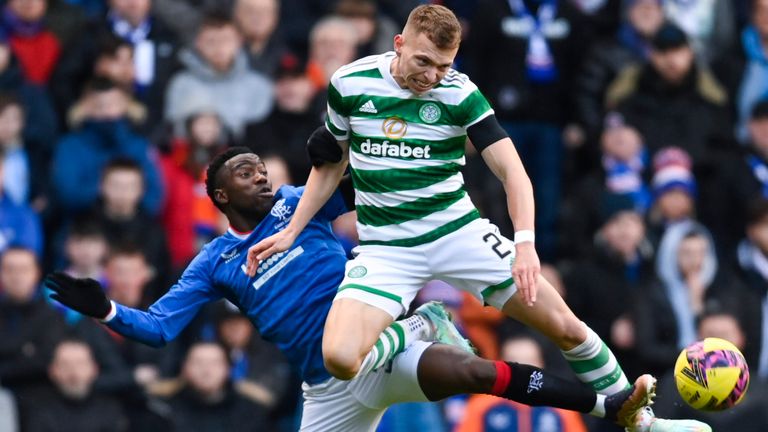 Where does this resilience come from?

Having survived a "baptism by fire" for his Celtic debut vs. Rangers, Johnston credits his time in youth hockey for shaping his mentality and delight over the physical side of defending. He describes himself aptly as a 'fourth-line grinder' and revels in the comparisons between the two sports (when he's not extolling the virtues of bagged milk, of course).

"My hometown team was the Aurora Tigers. It's quite rough, quite physical," Johnston said after his Celtic debut.

"The coach would be like 'What are you doin? You've got to make him feel that!' It’s hilarious because there’s pretty no other sport, or facet of life, where you’re allowed to do that, to try to take a guy's head off.

"I've been raised on that and it comes as such second nature now. For me, it was a pretty obvious choice to go football.

"I was definitely what we'd call a 'fourth line grinder' – you get the least amount of ice time, you’re just out there to keep the chains moving. I do miss that in some ways, you wonder 'How can I bring that into my football?"