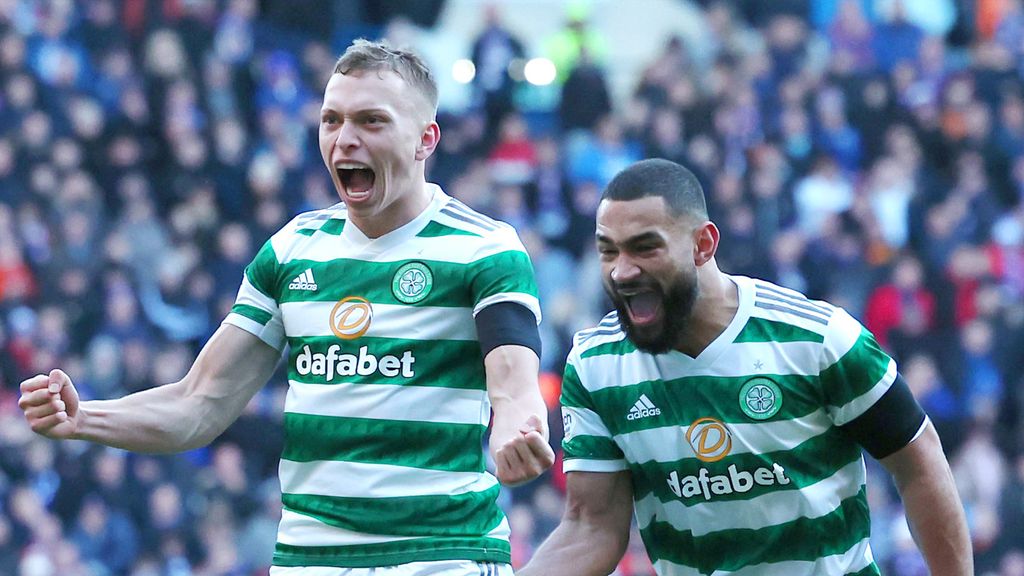 Canadian international Alistair Johnston made his debut for new club Celtic via "baptism by fire," playing all 90 minutes at Ibrox against club rivals Rangers, putting on a Man of the Match performance and quickly endearing himself to his own supporters via his physical play – an approach he credits to his youth hockey days.

Johnston earned an immediate start for Ange Postecoglou's side – and just as quickly earned praise for his peroformance: "There's more to come from him, obviously. That's his first game and I think defensively he worked really hard for us. And I think as the weeks go on and he gets more adjusted to our play, the attacking side of his game will come through too."

For his part, Johnston had no qualms breaking down his rather-heated debut.

“For me it's just as perfect environment to get acclimatised and get into a match," Johnston said of Ibrox, as quoted by the Daily Record. "I definitely enjoyed it a little bit more than most. I was buzzing, just to get out there. The atmosphere was as toxic as I wanted it to be.

"It probably goes back to my ice hockey upbringing. My hometown team was the Aurora Tigers. It's quite rough, quite physical.

"The coach would be like 'What are you doin? You've got to make him feel that!' It’s hilarious because there’s pretty no other sport, or facet of life, where you’re allowed to do that, to try to take a guy's head off.

"I've been raised on that and it comes as such second nature now. For me, it was a pretty obvious choice to go football.

"I was definitely what we'd call a 'fourth line grinder' – you get the least amount of ice time, you’re just out there to keep the chains moving. I do miss that in some ways, you wonder 'How can I bring that into my football?"

Alistair Johnston got thrown into the fire on his Celtic debut, and more than held his own in the Old Firm. He went 90’, & had:

Johnston's enthusiastic debut may have quickly won over the hearts of the Celtic faithful – his well-spoken and humble interviews quickly made him a Canada fan-favourite, too –  but not everyone was quite so chuffed.

The former CF Montreal man didn't take long to draw the ire of Rangers supporters, as pundit Ally McCoist lambasted the Canadian international for so quickly fueling the "paranoia" that he feels Celtic operate under, by weighing in on a late VAR controversy in a post-game interview.

"He's in the door two minutes, I'm not even sure he's done the toilet in the place yet, and he's complaining about referees and VAR," McCoist insisted, as quoted by the Daily Record. "I nearly fell off my seat. Brilliant wee man, why don't you join the paranoia club?"

"Remember that Cup Final (against Celtic in 2019) where the big centre-half (Jullien) was three yards offside? I think they scored another one where he was two yards offside that should have been given! There's definitely a conspiracy against Celtic, no doubt about it. Throw your toys out the pram! Unbelievable!"