3 things to watch as Pacific FC kicks off Concacaf League adventure vs. Waterhouse 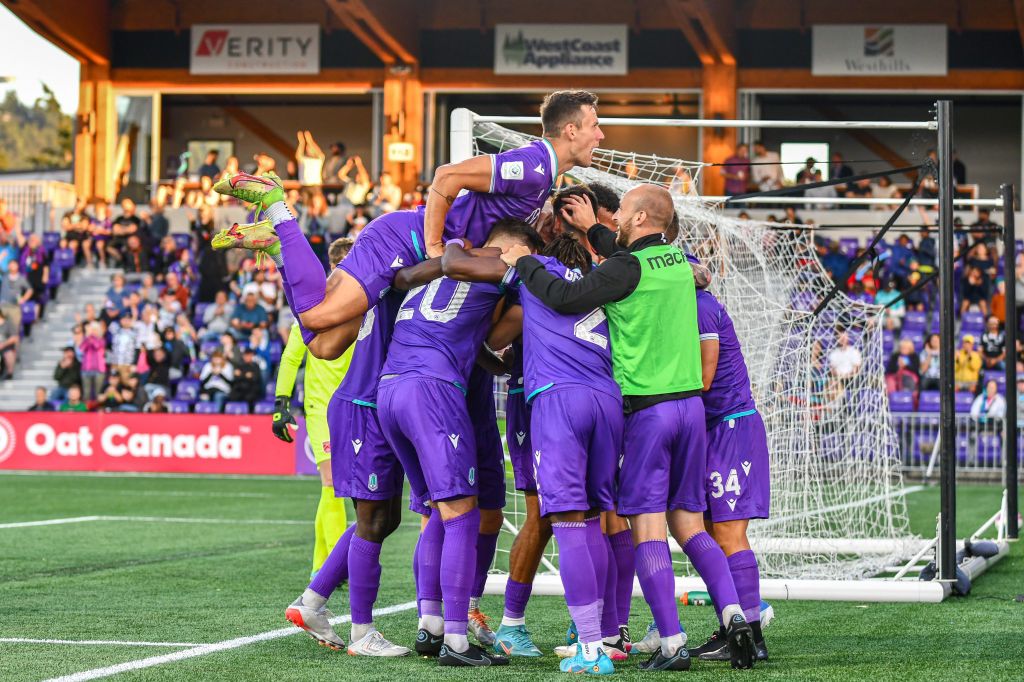 Here are 3 things to watch for as Canada's representatives in the competition make their intercontinental debut.

When they’re firing, Pacific's attack is perhaps the most dynamic and ruthless in the Canadian Premier League.

With Marco Bustos and Josh Heard likely patrolling the right and left wings, respectively, James Merriman will have to decide whether Alejandro Diaz plays as a lone striker between them, or if he plays another inside-forward (Djenairo Daniels or Gianni Dos Santos) for a front four.

Alejandro Díaz scores his third of the night and is now up to ten goals on the season! @PacificFCCPL take their first lead of the night as they are up 3-2 over @yorkutdfc what a match so far!🔥#CanPL | 🔴 https://t.co/7JFAUhxUCE pic.twitter.com/vCo94eMrpx

The latter is what Merriman has preferred the past few weeks, and it's been the impetus for their newfound scoring form, with 16 goals scored in the four matches since they switched to a 4-4-2 after scoring three goals in six games before that while playing their usual 4-3-3.

The four-man attack has definitely helped Pacific get more bodies into the box, and a second striker has allowed Alejandro Diaz to find better spaces for himself with Daniels occupying centre-backs. Either way, look for Pacific to try and play some direct football, trusting the individual quality of their attackers to get in behind Waterhouse's backline and stretch the game out.

One of the things Forge FC learned during their adventures in the Concacaf League was how different the football can be in various parts of the world.

A lot of the sides they encountered in Concacaf were very physical and took advantage of things like the pitch conditions and weather to make things even more difficult for the Canadians. Tuesday is sure to be no different for Pacific; this will be a hard-nosed encounter on what may be a soggy, muddy pitch, which might allow Waterhouse to break up Pacific's transitional play or attacking rhythm.

The Tridents have shown this year that they've got some bite to them — Manny Aparicio in particular, as well as players like Djenairo Daniels and Kunle Dada-Luke — so they're certainly not going to back down in heated situations, but it's also vital that they keep their wits about them in such confrontations, as a silly yellow (or red) card can easily come back to haunt them.

It’s difficult to tell just how exactly the level of the Jamaican Premier League compares to Canada, or how Waterhouse might stack up individually to Pacific, but the information available does suggest this will be far from an easy out for the Vancouver Island side.

Not only did Waterhouse top the league table this past year, they also scored more goals and conceded fewer than any other side in the country for a staggering +23 goal differential (nine better than their closest competitors).

Their squad features a handful of players with Jamaican national team experience — including left-back Ricardo Thomas, who started against Canada in the World Cup qualifier at BMO Field in March. Cardel Benbow, a 27-year-old winger, finished second in the Jamaican league this past season with 11 goals.

Expect Waterhouse to try and play a tight defensive game against Pacific to avoid conceding the dreaded away goal, while also trying to strike on the counter wherever possible.