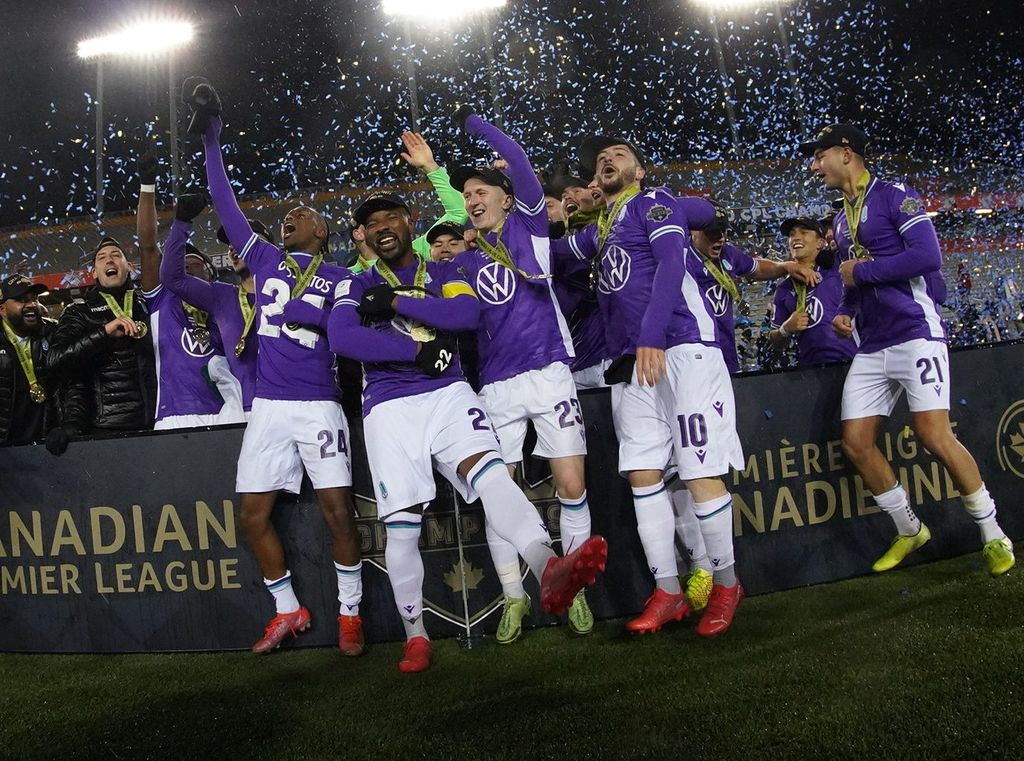 A new journey begins for Pacific FC on Tuesday night.

The reigning Canadian Premier League champions will make their first-ever foray into continental competition, as they take the Sabina Park pitch in Kingston, Jamaica to take on Waterhouse FC in the 2022 Concacaf League preliminary round.

Pacific, who earned their berth in this competition by beating Forge FC in the 2021 CPL Final back in December, are entering uncharted waters for their club, becoming just the second CPL side to represent their country on an international stage. Forge, of course, played in this competition three times, getting as far as the semifinals in 2021 before bowing out to Honduran side Motagua.

The Tridents, led by manager James Merriman, come into this competition in good form, having beaten Cavalry FC 3-0 last Friday night in a statement victory in front of their home fans. With 17 league matches now played this year, Pacific are 8-5-4 with 29 points, which puts them level with Atlético Ottawa at the top of the CPL standings (though just behind on goal differential).

After surviving a rough stretch in May and June, Pacific have looked more like their high-flying selves in recent weeks. They’ve now won three in a row, and they’ve scored at least three goals in each of their last four games. Over the course of this brief winning streak, the Tridents have outscored opponents 10-4, as their explosive attack — led by CPL golden boot leader Alejandro Díaz — has come alive.

“This is what we look forward to,” Merriman told reporters on Monday. “This is a challenge we’re embracing. The group’s extremely motivated, we’ve come off a couple good games so they’re really looking forward to testing ourselves in a different environment, playing against different opposition.”

Pacific do have a few players with experience on the continental or international stage — Marco Bustos, Manny Aparicio, Alejandro Díaz, and several others. That’s sure to help them in this unfamiliar environment, according to captain Jamar Dixon.

“There’s a few people in our locker room that can shed a little light on the type of environment, the type of atmosphere that’s gonna be set in place tomorrow,” Dixon said. “But the most important thing is how we’re playing as a group. The guys are prepared and ready, and I think everyone’s excited for the moment.”

RELATED: ‘You have to be ready for anything’: Pacific’s Bustos, Aparicio reflect on Concacaf experience ahead of trip to Jamaica

The challenge in front of them is a Waterhouse side who have traditionally been heavyweights in the Jamaican top flight. Their 2022 campaign ended just a month ago, with their league running from January until the end of June. In the regular season, Waterhouse finished first place in the 12-team league, winning 15 of their 22 games — in fact, this was their third consecutive year topping the table.

The playoffs, though, weren’t quite as kind to the Jamaican side. They lost 2-1 on aggregate to Harbour View FC in the semifinal and thus continue searching for that elusive championship, which Waterhouse haven’t won since 2006.

Waterhouse got to the Concacaf League via the Caribbean Club Championship, for which they qualified by advancing to the Jamaican league’s final in 2021. They won Group B ahead of Dominican side Atlético Vega Real and Arcahaie of Haiti (a familiar foe to CPL fans), but ultimately finished fourth in the competition after losing in the semifinal and third-place contest. Waterhouse therefore advanced to a Concacaf League play-in match against Puerto Rican outfit Bayamón, which they won 4-0.

This will be Waterhouse’s third appearance in the Concacaf League. Their best performance in this competition was their debut in 2019, when they went all the way to the quarterfinals before losing to Honduran side FC Motagua.

As is often the case in Jamaica in the summer, the forecast for Tuesday in Kingston is hot and humid, with the temperature likely around 28 degrees at kickoff. A thunderstorm is expected to roll through in the early afternoon, and although the rain should be mostly gone by game time, the pitch at Sabina Park may still be affected.

Sabina Park, of course, is primarily a cricket ground, having hosted some major international test matches — including several matches at the 2007 World Cup — but this football match will be played there due to Concacaf’s regulations on venues.

With the away goals rule in place, Pacific are keen to start their international journey off on the right foot, hoping to bring a good result home to their fans on Vancouver Island for Leg 2 next Tuesday night at Starlight Stadium.