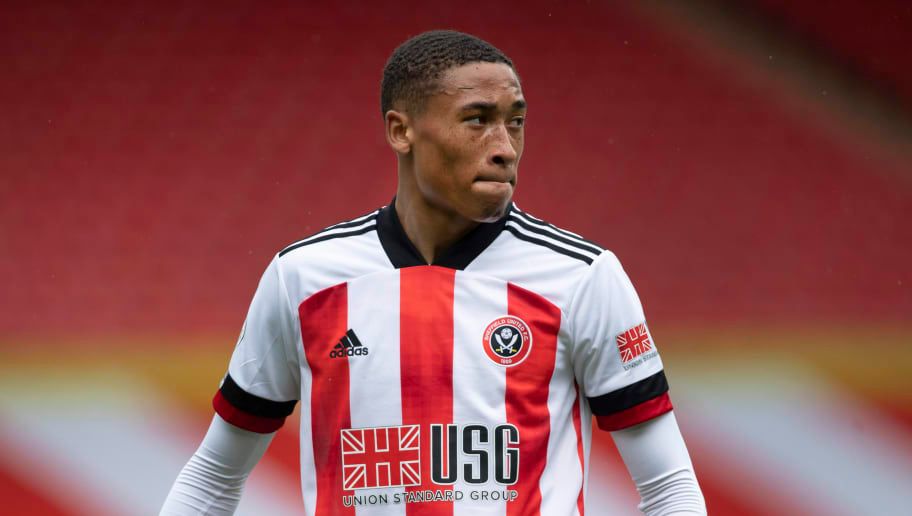 With the latest CanMNT roster set to drop very soon, here's a look at 3 new faces to watch out for in that announcement, as John Herdman gets set to drop his squad for the last proper camp ahead of the World Cup.

A new CanMNT squad release is just around the corner, and with it, there are likely to be some surprises.

As has almost become a tradition under head coach, John Herdman, there is always sure to be one or two new faces included alongside the usual suspects when the squad is released, always leading to intriguing discussions surrounding their inclusion in the team.

Therefore, with the latest CanMNT squad set to be dropped shortly, here’s a look at three potential names who could be among the surprise inclusions in that team when it drops, giving them a chance to participate in Canada’s last tune-up and audition before they take on the world at the end of November.

Could this be the window where Canada finally lands the services of Daniel Jebbison?

That’s the question many are asking right now, as Jebbison, the promising 19-year-old striker, seems closer than ever to potentially choosing Canada over England.

Born in Oakville, the youngster has recently made some moves on social media that have caught the eyes of some CanMNT enthusiasts, as he’s recently added the OVO owl, famous symbol of Canadian artist, Drake, along with a 6 (in reference to the Greater Toronto Area, also known as the ‘6ix’), to his bio on both Twitter and Instagram.

Along with the fact that he now follows Canada Soccer on both accounts, yet doesn’t follow England (despite winning the U19 Euros with them earlier this summer), it’s made some wonder if that is a sign that he’s soon to file his switch to join Canada.

Which, should he do, would make him a likely shout to join Canada this camp, allowing him to get a taste of life with Les Rouges.

At the same time, while Jebbison’s inclusion into the overall fold would be positive, it’d be a bold call-up to make at this venture. Of course, there is no doubt surrounding Jebbison’s potential, but given that he’s also only played ~360 minutes at the club level since February, including just 91 minutes across two appearances for Sheffield United in the Championship this season, it’s hard to say he’s knocked down the door to earn an opportunity at this venture.

But despite that, it could still make sense to call Jebbison, who rose to prominence when he scored in the Premier League as a 17-year-old for Sheffield United against Everton back in 2020-2021, for a few reasons.

A goal on his full Premier League debut 🤩 pic.twitter.com/YgLoPpzGLe

Firstly, there’s Canada’s depth at striker, as while the hierarchy of Jonathan David, Cyle Larin, Iké Ugbo and Lucas Cavallini is very well defined and quite laid out, there is a lack of options who are scoring regularly beyond them, should something happen to them. Of course, Jebbison doesn’t fix that problem, but given how young he is, and the level where he’s at now, he can both provide depth and give Canada another offensive piece to potentially rely on in the future, making it a win-win scenario for the present and the future, should he be called.

Secondly, there’s also the fact that calling him up could indeed help his club career, as a call to a World Cup-bound Canada would suggest to Sheffield United that he could be worth giving more minutes to, helping him find some club form post-international break. Yes, that sounds wild, but as John Herdman recently noted, it is something he’s done before with the likes of Liam Millar, Theo Corbeanu and Luca Koleosho, so it wouldn’t be out of the realm of possibility for Herdman to use this camp to help the youngster find the form he needs to eventually become an important piece for Canada.

Lastly, there’s also the fact that this is a camp with two friendlies, not World Cup qualifiers, meaning that there would likely give Herdman an opportunity to actually test out Jebbison in a non-competitive environment. Might that be irrelevant given that these are also two World Cup prep games, raising the stakes of said friendlies? Probably, but it certainly will help, making the chance of this happening a lot more likely than Jebbison making his debut against, say, Belgium, to open the World Cup.

Because of all that, it appears that the idea of Jebbison committing to Canada could be beneficial to both sides, and based on recent movement, it doesn’t seem that far out of the realm of possibility to imagine that happening in this squad release, which will be something to keep an eye out for here.

At this stage, there likely isn’t more that Joel Waterman can do to earn a spot in Canada’s squad for this camp.

A key contributor on a red-hot CF Montréal side, one that has already booked its spot in the playoffs, he’s been a rock at the back for them in 2022, currently sitting third on the team in minutes (all competitions), only behind Alistair Johnston and Victor Wanyama.

Not only that, but he’s been excellent in those minutes, too, filling in across all three centre back spots in Montréal’s back three, playing a crucial role in the team’s ability to both defend and progress the ball. You combine that with his timely offence, which has seen him nab three goals and two assists, and he’s pretty much done it all for Montréal, who have been very pleased with his growth this season.

Because of that, after coming very close to clawing his way into Canada's June squad, narrowly missing out after making their extended squad, it feels like this time around he’ll make the final cut, earning that first call since March of 2021.

The #CFMTL CB continues to get it done at both ends for MTL, as he has scored his 3rd goal of the season tonight for the club, helping complete a huge road comeback win v the #Crew96#CanMNT watch remains on for JW16pic.twitter.com/EJ6PReQakV

Plus, given how good he’s been for Montréal, he could very well play a key role for Herdman this camp, too, allowing him to potentially even earn his first cap. He fits the system, is already familiar with likely Canadian starters, Kamal Miller and Alistair Johnston, and would give Canada some much-needed cover at centre back, so it’s not that outrageous of a claim to consider, either.

Therefore, it feels like Waterman will not only earn a call, but could be tasked with playing for Canada, too, continuing an excellent season for the former Cavalry defender, who has not just become one of the best centre backs on his team this season - but arguably one of the best in all of MLS, as well.

In terms of Canadian attackers out there, there aren’t many who are more in-form than Corbeanu right now, vaulting him into the conversation for this squad.

On loan from Wolves to Championship side Blackpool, the talented winger has wasted no time in leaving an impression on his new club this season, scoring three goals in 331 minutes across nine games, helping them pick up some crucial results as of late.

Because of that, it feels like the 20-year-old has done enough to put himself in the discussion for this camp, allowing him to earn his first call since the 2021 Gold Cup, giving him a chance to audition for the World Cup squad.

Theo Corbeanu is heating up🔥

The 20 y/o🇨🇦 Wolves loanee is quickly finding his feet in the Championship, scoring in his 2nd straight game for Blackpool, this time nabbing a LATE equalizer in a 3-3 draw

A two-footed winger, one who can play anywhere across the frontline, his versatility could also be a big asset for Canada, too, giving them another tricky wide player to rely on off the bench in games.

Which, as he showed for Canada at that 2021 Gold Cup, where he was excellent in an appearance against Mexico in the semi-finals, could add another x-factor to a team full of them, which is a tantalizing possibility to imagine Herdman having at his disposal.

As a result, it feels like his inclusion in this squad would be a no-brainer decision. Given that he’s in form, is familiar with the team and shores up a position of need (wide depth), he ticks all of the boxes that Canada might need for this camp and beyond.

Either way, however, should he not get the call, one thing is clear - the sky's the limit for Corbeanu, who you have to imagine Canada feels quite happy to have snagged from Romania at the beginning of 2021.