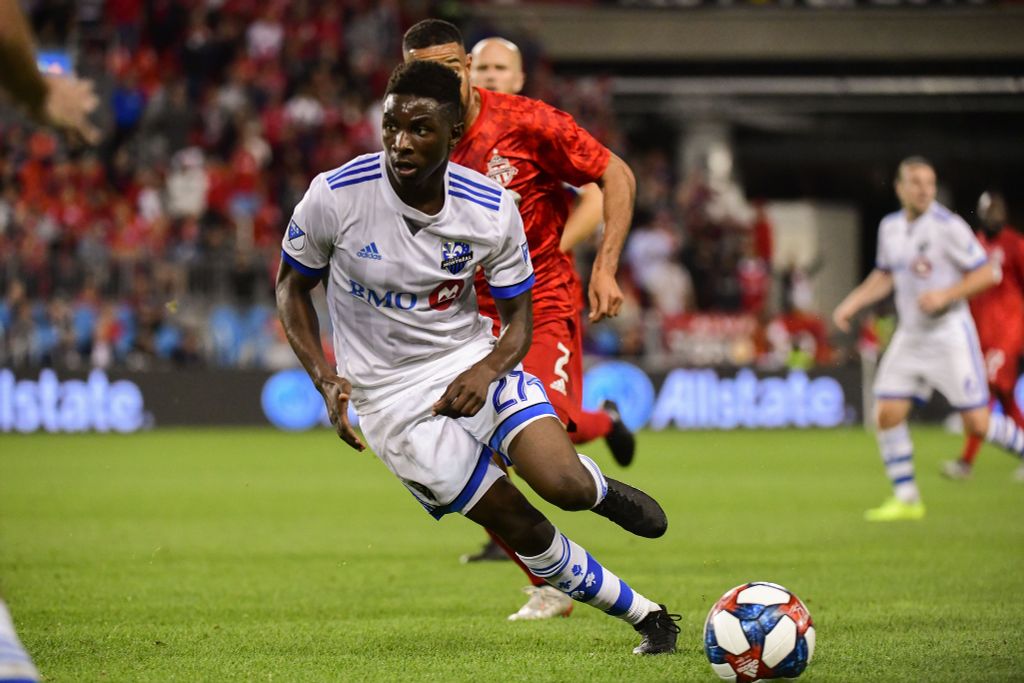 The 23-year-old joins the Nine Stripes on a two-year deal from Hamarkameratene in the Norwegian top flight.

A native of Yaoundé, Cameroon’s capital city, Bayiha moved to Canada in 2010 with his family following a number of years in France. After cutting his teeth with PLSQ side AS Blainville, he joined the Club de Foot Montréal Academy in 2016. Having impressed during the 2018 preseason with the senior squad, Bayiha was encouraged to sign with the Ottawa Fury — then plying their trade in the United Soccer League (USL) — to gain more experience.

While there, Bayiha made two appearances, playing alongside fellow York off-season acquisition Jérémy Gagnon-Laparé during that stint. In the summer, he was called back to the CF Montréal squad and named on the bench for a Canadian Championship clash against the Vancouver Whitecaps while he was also a part of various underage Canada squads, making his debut for John Herdman’s under-21s in a friendly against Japan during the Toulon Tournament in June. Four days later, he featured again in a clash with hosts France. 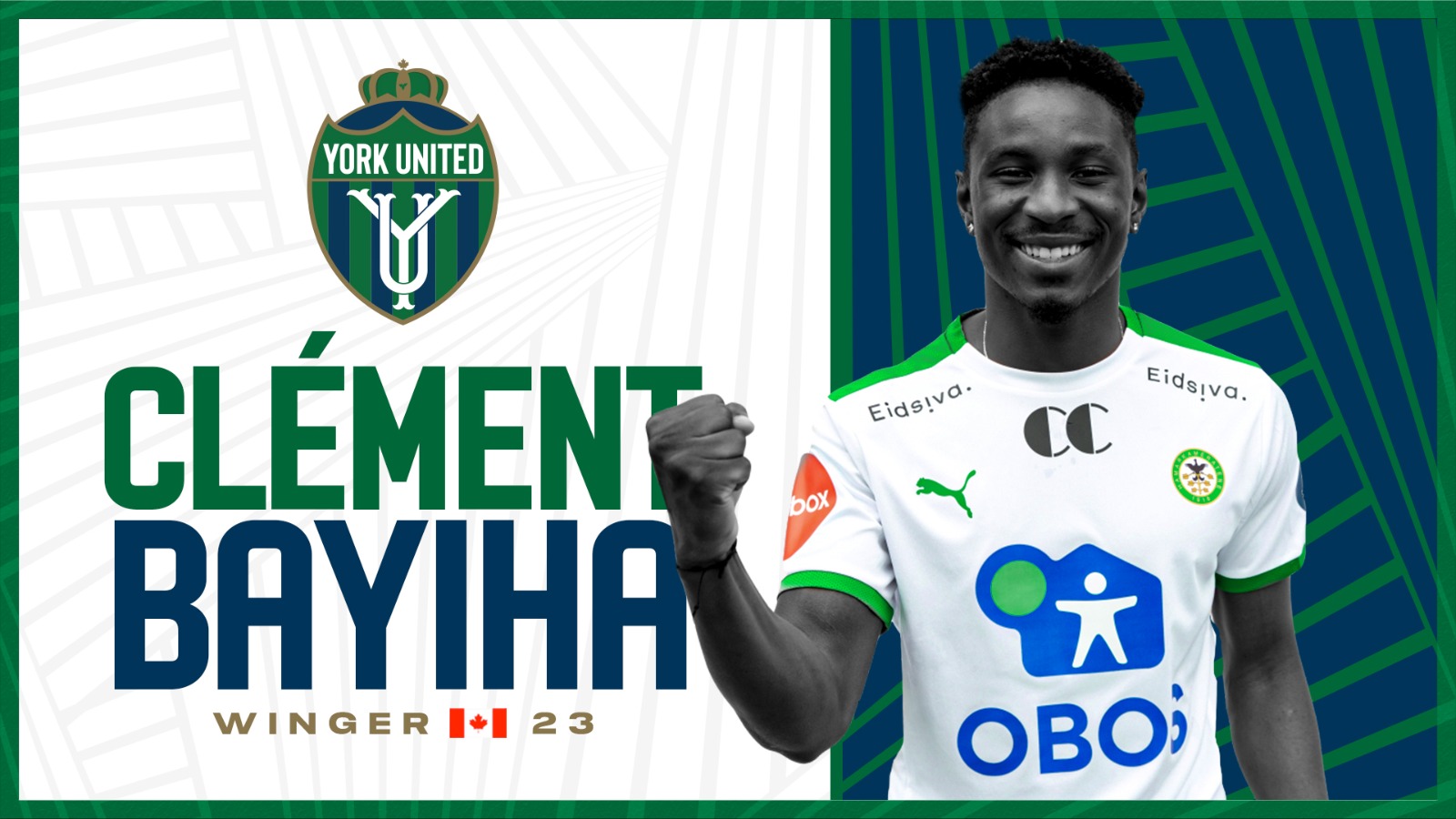 Upon returning to CF Montréal at the end of the year, he was rewarded for his development with his first Major League Soccer contract as a Homegrown Player and finished 2018 representing his country once again in the Concacaf U-20 Championship where he made five appearances, scoring in Canada’s group stage win over Martinique.

Under head coach Remi Garde, Bayiha made his MLS debut for CF Montreal in March 2019, getting 36 minutes off the bench in a heavy away defeat to Sporting Kansas City. Two weeks later, he was handed a very first start in a scoreless draw with DC United and shortly after registered his first assist in a 3-0 win over New England Revolution. Injury interrupted his impressive momentum but he returned to make a further five MLS appearances that season.

Bayiha also played a crucial role in his team’s run to the 2019 Canadian Championship title, starting four of the cup games, including the 1-0 second leg win over York United in the third round and the derby decider with Toronto FC. That second leg clash memorably went to extra-time and penalties, with Montreal ultimately prevailing.

The 2020 season proved a frustrating one for Bayiha as a groin injury hampered his preseason and the chance to play in the Concacaf Champions League Round of 16 tie against Saprissa. The domestic campaign was put on temporary hiatus due to the pandemic, though he was involved with the CF Montreal squad during the MLS Is Back bubble tournament in Orlando. However, under new head coach Thierry Henry, his on-field opportunities were limited and he was restricted to just one more MLS start once the season returned. In total, he made four appearances for the team across 2020.

The following year, Bayiha featured a lot more under Wilfried Nancy, who replaced Henry as Montreal boss. Early on, he started back-to-back MLS games against the Whitecaps and Inter Miami and contributed heavily from the bench too during the first half of the season. There were also notable appearances in another victorious Canadian Championship odyssey, including keeping his nerve during a shootout with Forge FC in a tense semifinal.

At the end of the 2021 season, Bayiha moved to Norway’s top tier and signed for Hamarkameratene (HamKam), making his debut for the club in a 2-1 loss to Tromso in April. Bayiha made a further seven appearances in the league, and also featured in a domestic cup assignment with Furnes Fotball.

After a 🇳🇴 adventure with Ham Kam, former #CFMTL wing back Clément Bayiha is back in 🇨🇦 with York United

Intriguing signing. Lots of attacking potential, wonder if he’ll stick on the wing or stay at wing back (or become a FB?)

“Clément is someone that we’ve been chatting to for a while,” says Angus McNab, York United FC’s CEO/President and GM.

“I actually approached HamKam last summer and enquired about a loan but there was an injury to another of their players so it wasn’t the right time to make a deal. We obviously stayed in touch with the club and once we had agreed on the principles of an agreement, they gave us permission to discuss terms and the project with Clement.

“Clément had two years remaining on his deal in Norway so we had to convince him about how serious we were about giving him a platform to perform and really showcase the attacking side of his game. We are extremely happy he’s agreed to a contract with us, which shows just how much he believes in what we are building here.”

Head coach Martin Nash has also admired Bayiha over a period of time and believes he’s another crucial jigsaw piece for the Nine Stripes ahead of the 2023 season.

“Clement is a player I’ve had my eye on for a while,” Nash says.

“He’s an exciting young talent with top-level speed and technical quality. An important addition to our squad and who will add a real dynamism to our right side.”