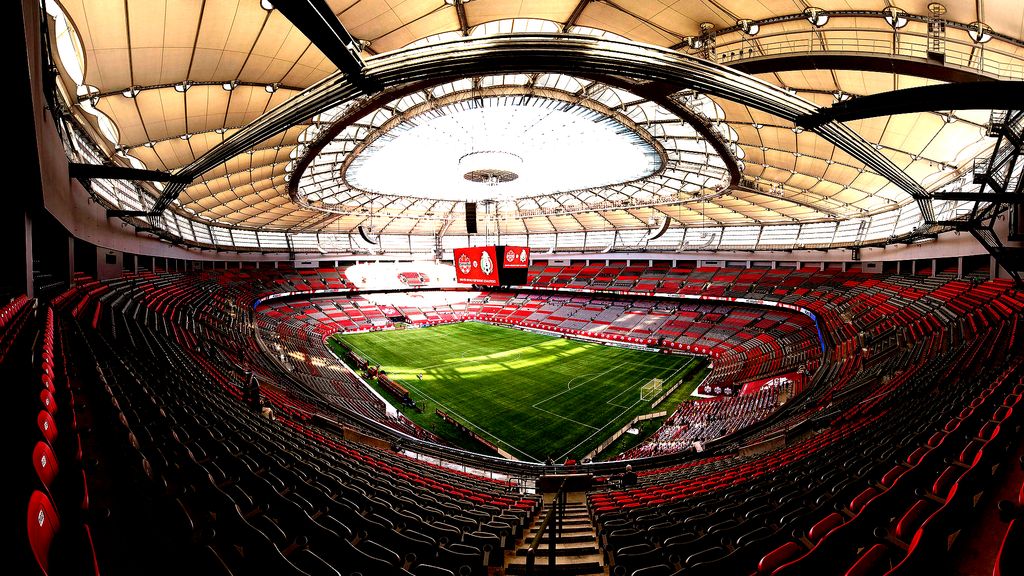 Canada’s role alongside the United States and Mexico as a co-host of the 2026 World Cup has been clear ever since the North American bid secured the tournament.

What has been less straightforward has been the path taken to get there. Initially, Edmonton, Toronto, and Montreal were submitted as candidate host cities after Vancouver declined to participate.

That raised all kinds of questions. How much work and investment would be required to get Commonwealth Stadium up to scratch for this expanded World Cup? Even BMO Field, a newer venue in a bigger city, would need upgrades.

Then there was the biggest problem of all: Montreal, where the ageing Olympic Stadium would require a prohibitively expensive overhaul to meet FIFA demands for 2026.

It left many onlookers wondering if Canada’s involvement in the World Cup would go ahead as planned. Could the quota of 10 matches be reduced if only two viable cities were put forward?

As the men’s national team rises to new heights and prepares for the 2022 World Cup in Qatar, the picture has become clearer. And there is no doubt that the performances of Alphonso Davies, Jonathan David, and the rest of John Herdman’s squad have played a significant part.

Here is where things stand as we draw a closer to a final decision, which is expected to be made by FIFA in April.

In July 2021, the City of Montreal confirmed its withdrawal — which did not come as a huge surprise after the provincial government of Quebec had withdrawn financial support for the bid earlier in the year.

In truth, Montreal had never seemed to be on sound footing. Structural problems and exorbitant costs have delayed any significant renovation of the Olympic Stadium for years and resolving those issues in time for 2026 appeared a long shot.

CF Montreal’s Stade Saputo, meanwhile, is too far short of the required capacity of 40,000 for men’s World Cup matches for expansion to have been seriously considered.

STATUS: Out of the running.

Toronto has always appeared to be the safest bet of the potential Canadian host cities, receiving support from both local and provincial government and Maple Leaf Sports & Entertainment, the operators of Toronto FC and BMO Field.

TFC’s stadium is set to be expanded to a capacity of over 45,000 for the tournament.

“It’s something (where) we’ve looked at a permanent solution and a temporary solution, and we have a good plan there and FIFA is happy with our plan,” TFC president Bill Manning told OneSoccer last year.

The venue is the only one in Canada that already boasts a pitch that meets FIFA’s criteria, with the hybrid surface of natural grass and synthetic stitching recognized as among the best in the world.

FIFA completed its site visit of Toronto in November 2021, with Toronto mayor John Tory confirming the city was “all in” on the bid.

STATUS: In, barring some late (and catastrophic) shock.

With Montreal out of the running, there is no question that a desire to boost the momentum behind Edmonton as a World Cup host city played a part in Canada Soccer taking two crucial World Cup qualifiers to Alberta in November.

On top of the matches, the FIFA delegation was said to be wowed by a presentation that featured a message from Davies.

That leaves us with the wild card.

Officially, Vancouver is not currently being considered as a host city having pulled out before the bid book was even submitted — a decision that drew scathing criticism from Montagliani. A Vancouver native, Montagliani pointed out that the provincial government could have taken time to explore the proposal in more depth while retaining the freedom to withdraw later in the process.

Now, coming out of the other side of a pandemic that has decimated the tourism industry, Vancouver appears to want back in.

“This is not 2018,” John Horgan, the premier of British Columbia, told Donnie and Dhali this week. “We’re going into a period where we need to use our spectacular facilities. BC Place has been empty, virtually, for the past two years.”

It remains unclear as to whether FIFA would consider allowing cities not included in the bid book back into the process at this late stage. But Canada Soccer, who Horgan says is engaging in talks with his government, clearly seems to think that is a possibility.

The appeal is obvious. While it would also require the installation of a natural-grass pitch, BC Place is one of the country’s most impressive venues, seating over 50,000, and could get Canada’s part of the bid back up to the initially proposed three cities.

Also playing into Vancouver’s favour is FIFA’s familiarity with the stadium, which is only seven years removed from hosting the Women’s World Cup final.

STATUS: Would usually have no chance to jump back in at this late stage. But for a 48-team tournament held after a global pandemic, the usual rules don’t apply.