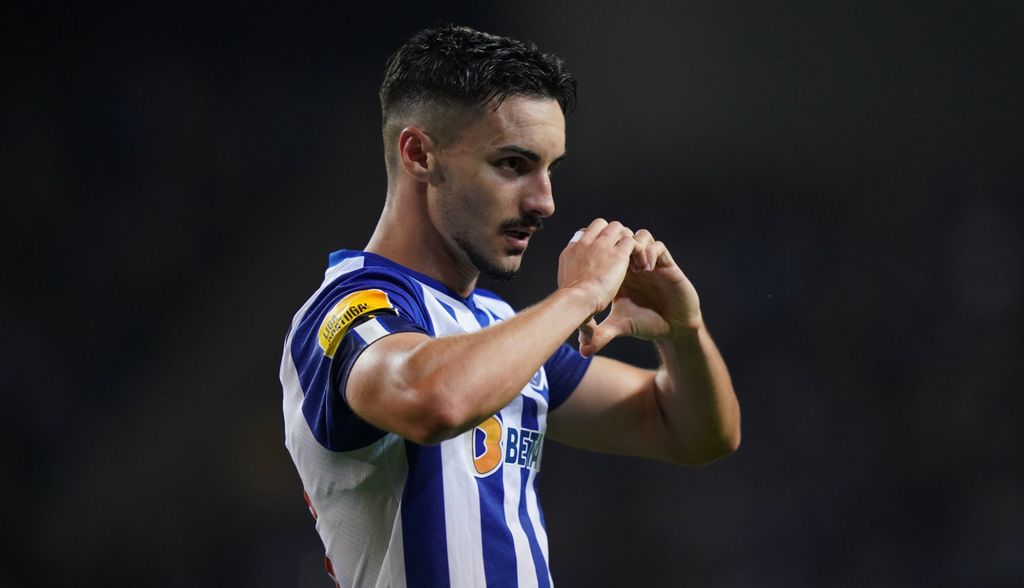 TORONTO – In his first full season with FC Porto, Stephen Eustáquio is turning heads with the Portuguese giants.

Continuing a meteoric rise for the 25-year-old midfielder, Eustaquio has done well to carve out a bigger role with the club, becoming an everyday starter under manager Sérgio Conceição this season.

Having played sparingly on loan to the club last year from Paços de Ferreira – seeing the field for just over 150 minutes after being loaned in January for the rest of the 2021-22 season – he's already played over 600 minutes in just two months of action with Porto this year.

After being transferred over for a fee of approximately $3.85 million, Eustáquio has quickly proven to be a bargain buy already, with some wondering if Porto could be set to make a healthy profit on that deal in the coming years.

As a result, he's become a fun player to watch for Canadian fans.

One of the standouts on the CanMNT's run through World Cup qualifiers, he's expected to play a big role for the team at the men's World Cup later this year, as Canada looks to shock onlookers in their return to the tournament for the first time in 36 years.

Before looking at how Eustáquio will be expected to shine in Qatar, it's worth diving into this hot start with Porto – and there's a lot to like about it.

Not only has he seen his role with the club increase significantly, but he plays a big role within Conceição's system, too.

When Porto lost midfielders Fábio Viera, Vitinha and Sérgio Oliveira to permanent transfers, Eustaquio had his chance, sure, but he still needed to step up in their absence to secure a starting role.

It didn't happen right away, but much as has been the case for Eustáquio throughout his whole career, he waited patiently before grabbing it with both hands, and he hasn't let up one bit since.

Now, he's become a regular in Porto's 4-4-2, slotting in beside Colombian international Mateus Uribe in a midfield double-pivot for all of their league and UEFA Champions League games since the beginning of September, with Eustáquio playing a pivotal role in how Porto builds up and plays in the final third.

That's worth noting, because typically at Paços, he played at the base of a three-man midfield, operating as more of a defensive anchor tasked with progressing the ball from deep-lying areas. In this new system, he's playing as a true box-to-box midfielder and is expected to be very involved on both sides of the ball.

For a team like Porto, who typically plays back-to-front, it's a very taxing role, but one that Eustáquio has embraced. His excellent stamina means has no problems fulfilling the demanding physical obligations asked of him in this 4-4-2, which allows him to show off his technical skill at both ends, too.

Speaking of Eustaquio, here's his radar this season in all competitions. Still a small sample but: 😳

While he's his usual reliable defensive self, averaging 1.6 tackles, 0.7 interceptions and 3 duels won a game in league play (along with a further 2.5 tackles, 1 interception and 3.5 duels won in the Champions League), he's now added a deft touch on the offensive side.

Despite never having more than three goal contributions in a season before 2022-23, he already has one goal and three assists for Porto, and is averaging 1.1 shots, 1.7 key passes and 0.57 big chances generated per game in league play (along with 1.5 shots and 1.5 key passes in Champions League play).

Plus, in terms of advanced metrics, he's also averaging 6.37 deep progressions, 8.3 pressure regains and 22.9 pressures per 90 minutes in all competitions, as seen in the radar above, further highlighting his involvement on both sides of the ball in midfield.

Not bad at all.

Along with his numbers in the UEFA Champions League, Eustaquio has become a top performer at his position.

Considering that Porto remains just three points off first in the league, and remains in the thick of the Champions League hunt despite a tough start, Eustáquio has proven to be a more than capable replacement for the outgoing three midfielders his team lost.

It'll be exciting to see how he can build off of this run with them going forward. Comfortable with playing a heavy load of minutes – as he's proven for club and country in the past – fatigue should not be an issue, so look for him to grow and continue to progress as a player with them in the months to come.

Continuing a great run of form, Eustaquio has scored his 1st goal for Porto today, 2 minutes after grabbing his 3rd assist of 22/23

How does that impact Canada?

If you're John Herdman, this has to be an exciting situation to track, especially as the 2022 FIFA World Cup looms.

Given that Herdman has been quite vocal on the desire to develop more tier-one players, it's been positive to see Eustáquio bloom into that very player in front of everyone's eyes this season.

Of course, he'll be expected to play a big role in Qatar.

In September, Herdman decided to deploy Eustáquio in a familiar double-pivot role similar to the one he plays with Porto, leaving him to roam across the pitch against Qatar and Uruguay, instead of sitting deeper.

There, he stood out as one of Canada’s top performers of the camp, putting in a shift on both sides of the ball across both matches, especially in possession.

It appears that Eustáquio could be primed to be a crucial piece at the World Cup, as Canada gets set to play Belgium, Croatia and Morocco.

In those games, Canada will have to play against some of the top midfielders in the world, with the likes of Kevin De Bruyne and Luka Modrić set to try and pick apart Canada’s midfielders. As such, solidity in the middle of the park will be a must for Herdman, both on the defensive side of the ball, where limiting the space for De Bruyne and Modrić is vital, but as well as in possession.

It would also ensure that Canada's dangerous attackers get on the ball, which will require some big games from Eustáquio.

But as seen in that camp, where Eustáquio actually had his best all-around performance against an Uruguay team that features Champions League winner Federico Valverde in midfield, that should be a task that he'll relish.

Given that he grew in World Cup qualifiers as the games got harder, a habit he’s so far repeated with Porto, he’ll relish the challenge to play against the best, and will raise his game accordingly for those tests.

With his ability to defend relentlessly, cover ground and progress the ball, that’s going to be crucial for Canada, because there’s no doubt that time and space in the middle will be at a premium at the World Cup.

Especially if he’s unleashed in a midfield trio, a prospect Herdman will consider given the recent rise of Ismaël Koné, he could stand to stand out even further, too.

Eustáquio might not always steal the headlines on a team with Alphonso Davies and Jonathan David, but make no mistake, his performances could be the difference for Canada in Qatar, and his latest play for Porto is no exception. 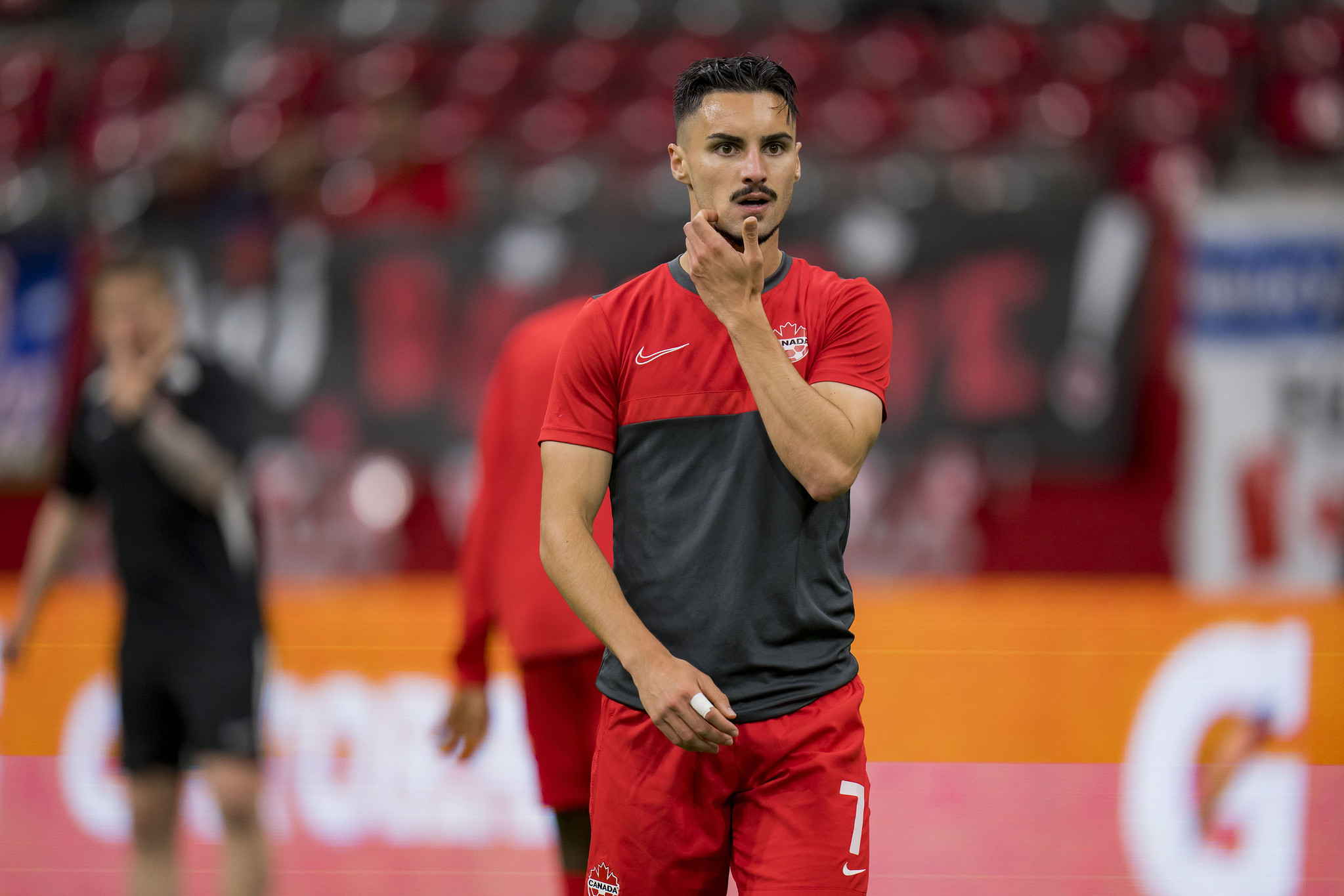 What does the future hold?

And speaking of Porto, it’ll be intriguing to see how Eustáquio’s future with them develops. As seen with the sales of Viera (Arsenal), Vitinha (PSG) and Oliveira (Roma, then Galatasaray), they’re a team who does sell on promising midfielders, which is worth noting with Eustáquio’s rise.

Given his modern style of play, he could become an attractive commodity for a team in the top five leagues, who are always looking for midfielders who can play on both sides of the ball.

Seeing that he once attracted suitors that included FC Barcelona and Manchester City before he had a major knee injury in 2019, he's already been on the radar of big clubs before, and is likely to stay on those radars going forward.

Therefore, his club situation is one worth monitoring now. Porto will want to keep him for as long as possible, of course, but they'll also be comfortable with selling him on if his progress continues, which at this rate, could see him moved on within the next year or two.

Especially given how he likes to shine in big games, more strong performances in the Champions League and at the World Cup could only accelerate that timeline, heating up interest further.

The #CanMNT star continues to shine for Porto 🔥 pic.twitter.com/fh48YkLaFn

Because of that, it feels like things are just getting started for Eustáquio, who at 25, is just entering his prime, and could play a big role for Canada at the 2026 World Cup, too.

He keeps up this latest run of play, and things will continue to look up for him, which given his standing with Canada, is an exciting prospect, as he looks to lead them to success in the years to come.