WHEELER: Why Canada qualifying matters to those who came before 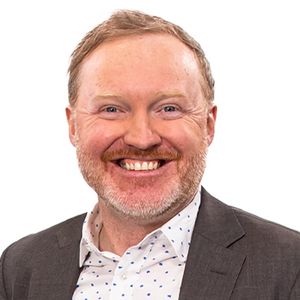 As someone that was raised within the Canadian soccer community as a young player, who went on and played at a decent level in this country, and is now fortunate enough to work from the broadcast perspective in this country, there are a lot of people that came to mind when Canada qualified for the FIFA World Cup.

From my dad taking me to practices as a kid, understanding that there was a ceiling on how far Canadian players could go.

I'm thinking about my old coaches, Mark Roberts, he drove a bus during the day. He coached us at night. An incredible influence.

Kevin Grant, J.R. Corey, two individuals that have been huge in my life.

Gary Miller, an old provincial coach, who has done wonders with Ontario soccer, and who passed away last year.

My coach at Western, Rock Basacco - who also just passed away in December.

Thinking about these people and what this day means or would have meant to them? It's incredibly moving because we've accomplished something here. But it hasn't come easy.

It has been hard being in soccer in this country, for obvious reasons: Our geography. We're a massive country; the financing just hasn't been there; the climate, for crying out loud.

There are so many obstacles and reasons why we haven't made it to the top. And people have grinded it out and have come from all over the world as immigrants to be part of this structure.

And it's not to get rich. It was never about the glory. It was for the love of the game.

You think of old broadcasters. I saw Dick Howard at the game, the late Graham Leggat, Vic Router, Gerry Dobson - you think about all of these people, and what they put into from the broadcast perspective.

And former players, what they've done - there have been so many great perspectives. Coaches across this country, from Stephen Hart to Rob Gale in Winnipeg, Jeff Paulus in Edmonton; so many different people have played a part and grinded it out for years, just to celebrate a moment like this.

I thought about all of them. Honestly.

Now we're at a time where it really is a new Canada, new opportunity, new possibility. It's real. It played out before our eyes and it matters.

When I saw Alphonso react the way he did, that's how I think a lot of people across this country reacted, because that's not Alphonso Davies, the millionaire, the player that's playing in Champions League, winning Champions League finals. That's Alphonso Davies from Edmonton, Alberta, reacting that way - that dreams do and can come true.