VANCOUVER – In the midst of a solid 2022 campaign, big things are still yet to come for the defending Canadian Premier League champions Pacific FC.

From trying to top the CPL’s regular-season table, to attempting to defend their CPL crown in the playoffs, there’s a lot for Pacific to play for this season, despite an early elimination from the Canadian Championship to York United.

While each of those competitions are important for Pacific FC, they're not the most important ones these Tridents face.

Pacific FC is about to embark on their maiden run outside Canada, having qualified for the 2022 Concacaf League, where they'll become the first CPL team not named Forge FC to play in continental competition as winners of 2021's North Star Shield.

And on Wednesday, June 8th, they’ll officially learn their path to CONCACAF League glory, as they and the 21 other participating clubs get drawn into the bracket for the 2022 edition of this tournament.

You can catch the draw on OneSoccer and the OneSoccer YouTube channel at 8PM ET / 5PM PT. Bookmark it!

But ahead of the draw, here's a look at what’s at stake for Pacific in this competition, which as a reminder, will be the sixth and final edition of the tournament, as it will be discontinued after this season, further adding to the incentive for teams to want to do well in it when it kicks off late July.

To begin, it’s worth exploring the format of the CONCACAF League, before diving into Pacific’s fate in this year’s tournament.

For those unfamiliar with it, CONCACAF League is CONCACAF’s way to give more leagues a taste of continental action and a shot at a trophy, as well as serve as an extra qualification mechanism for their main tournament, the Champions League.

With 22 participating nations, coming from Canada, Costa Rica, Honduras, Panama, El Salvador, Guatemala, Nicaragua and Belize, as well as three sides from the Caribbean, it’s a big tournament, one that gives all sorts of new teams a shot at playing continentally.

From those 22 clubs, 12 are drawn out into the preliminary round, while the other 10 go directly into the Round of 16, given a bye.

Then, the preliminary round begins, with the six winners joining the other 10 in the Round of 16. From there, it’s a direct knockout, with the bracket already drawn out ahead of time, all the way through to the final, where the CONCACAF League trophy will be awarded.

Otherwise, it's worth noting that each round is played across two legs, with the away goals rule in effect for every round except the final.

For an idea of how everything will be drawn out, here's a handy graphic courtesy of CONCACAF. 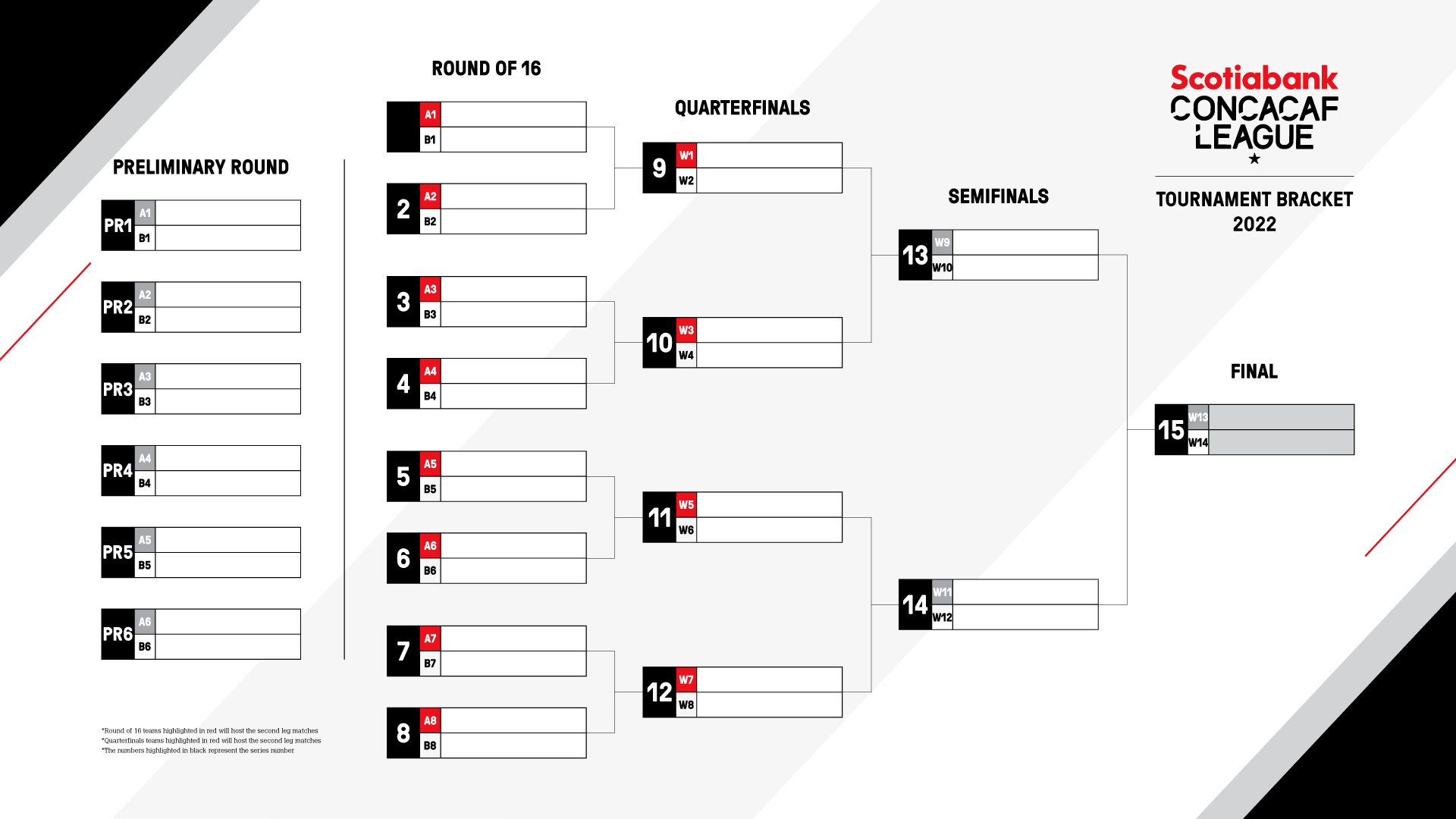 In terms of qualification to the Champions League, things are quite straightforward, as the four CONCACAF League semi-finalists will qualify, as well as the two losing quarter-finalists with the best record across the Round of 16 and Quarter-finals, making for a total of six teams who will enter the 2023 CCL.

Therefore, the goal for most teams is to both try and win the trophy, as well as finish among the top six teams, allowing you to join the region’s elite next year.

Returning to Pacific, however, they’re going to begin this year’s tournament in the preliminary round, as was pre-determined beforehand.

Interestingly, however, based on the success of Forge, who represented Canada in the three previous editions of CL, even making it to the CCL last year off the back of their CL success, Pacific will be in pot one for the preliminary round.

What that means, is that they’ll have a better chance at a favourable preliminary round draw, and will host the second leg of that tie at home, both of which are strong advantages for them.

In terms of the teams that they can draw in the preliminary round, they’ll either face El Salvador’s Platense, the Dominican Republic’s Atletico Vega Real, Nicaragua’s Real Esteli, Jamaica’s Waterhouse, Guatemala’s Municipal, or Belize’s Verde United. The first leg of that tie will be played between the 26th and 28th of July, while the second leg will be played between the 2nd and 4th of August.

But while Pacific’s focus will be on their preliminary round draw, it’s also worth noting that they’ll also find out their potential Round of 16 draw at the same time, as well, guiding a path for them if they win their opening round tie.

So should they make it through, they’ll know that they’ll face either Honduras’s Motagua, Honduras’s Olimpia, Costa Rica’s Herediano, Panama’s Alianza, Panama’s Tauro, Nicaragua’s Diriangen, El Salvador’s Alianza or a club still to be decided from Costa Rica in the Round of 16. Plus, the bracket will also be fully drawn out along with that, further giving an idea of who they could face in further rounds, should they want to look that far ahead.

(For a look at all of the participating teams in this year's CONCACAF League, here's another handy graphic courtesy of CONCACAF). 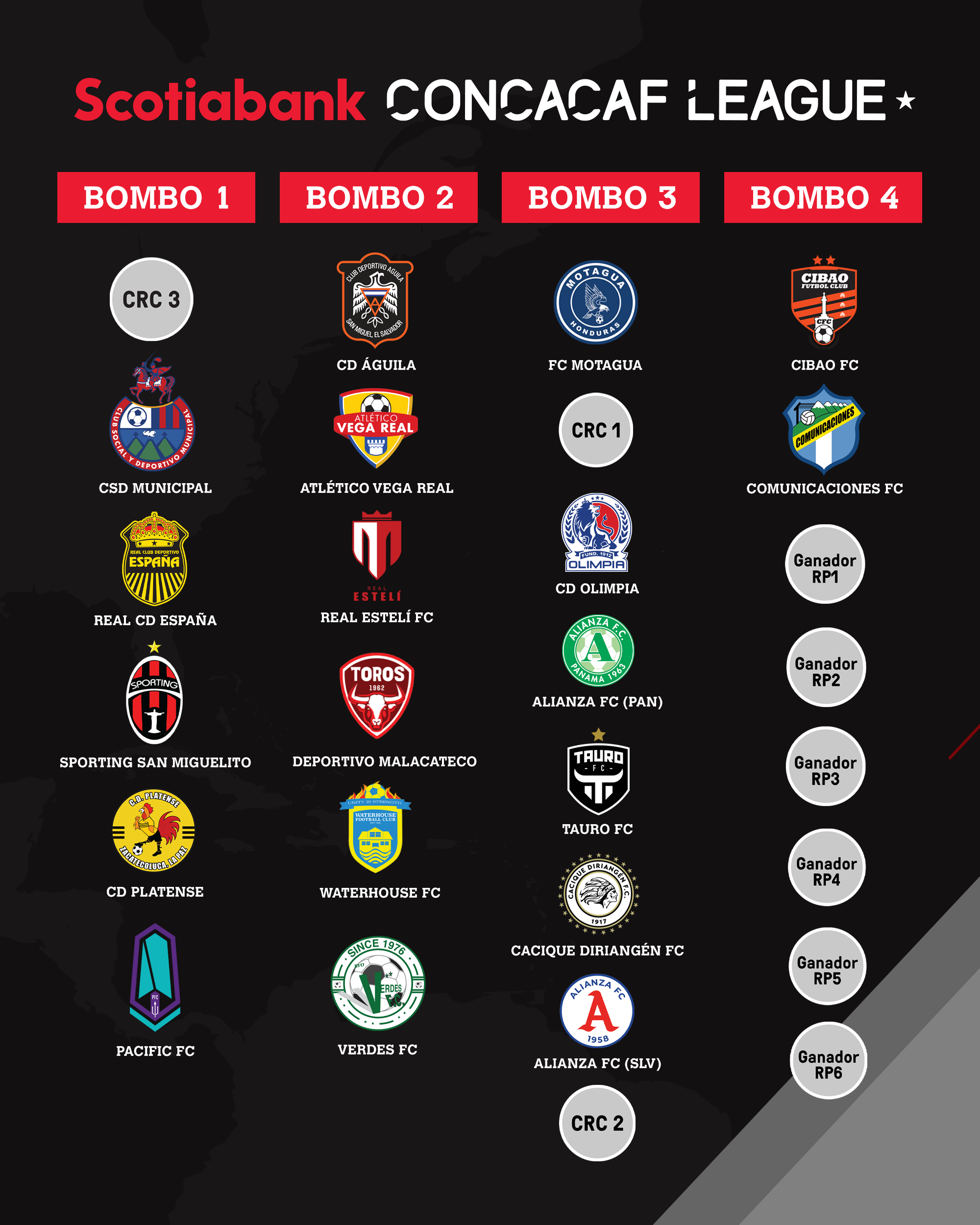 It’s a daunting task, but as Forge has shown the past few years, it’s not an impossible one, so for Pacific, look for them to tackle this journey with that same belief, starting with this draw and heading into the actual games and beyond.