Arnold Clark Cup, Concacaf Champions League and more: What to watch this week 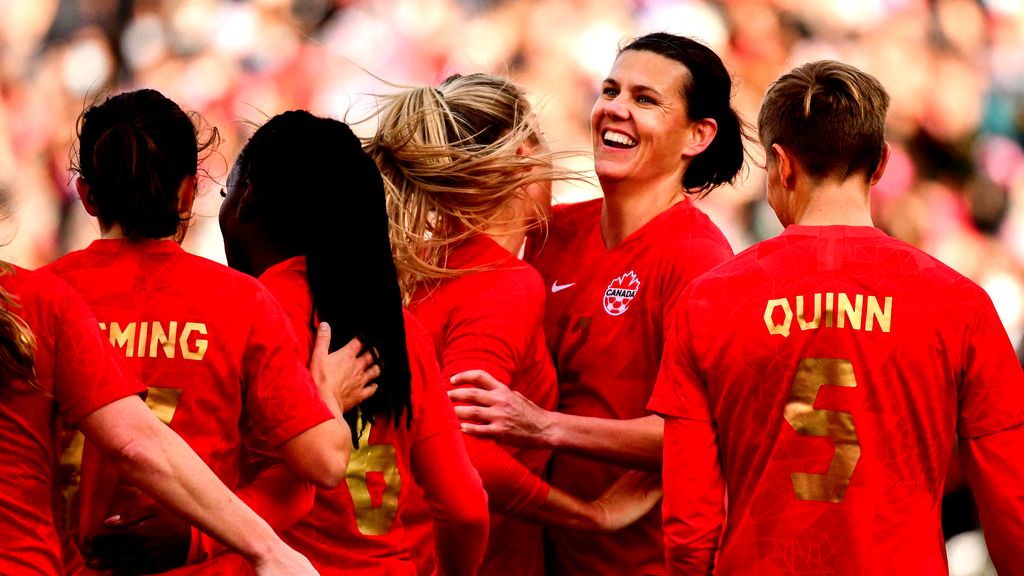 Nobody reads this part.

Here is your weekly guide to the major storylines to watch out for in Canadian soccer.

Canada’s Olympic champions are en route to camp in England for the inaugural Arnold Clark Cup, which will pit them against England, Germany, and Spain over the next 10 days.

The tournament begins against the Lionesses on Thursday and sees the Canadians take on top-10 ranked opposition for the first time since the gold-medal game in Tokyo. You can watch Canada’s games live on TSN.

Head coach Bev Priestman has called up 25 players, including newcomers Marie-Yasmine Alidou, Tanya Boychuk, and Devon Kerr. Adriana Leon is absent due to injury, while captain Christine Sinclair will sit out following the recent passing of her mother Sandi after a 40-year battle with multiple sclerosis.

Without Sinclair, there will be plenty of eyes on Paris Saint-Germain striker Jordyn Huitema — particularly on the back of a strong showing in Mexico during Canada’s most recent camp. Fellow forward Cloé Lacasse of Benfica also advanced her case late last year and will be looking to follow up that effort here.

Isn’t it nice not to have a six-month long offseason?

It doesn’t seem all that long ago that Forge was contesting the Canadian Premier League final. On Wednesday, the two-time CPL champions are back in action in perhaps the biggest match in club history against Mexican giants Cruz Azul.

Forge will become the first team in CPL history to appear in the Concacaf Champions League. That will become a regular thing starting in 2024, when the competition format changes and Canada’s top flight receives two automatic qualification slots.

CF Montreal, meanwhile, is in action in Mexico on Tuesday night against Santos Laguna. Pedro Caixinha’s side has started Liga MX’s 2022 Clausura abysmally, picking up just one point through five games.

Montreal has the potential to be an intriguing story this year. They are the first club with a majority-Canadian roster in MLS history, another clear indication of the growth, already exemplified by the national team, in quality of the men’s player pool.

The latest on Alphonso Davies

Phonzie update: so far, so good.

The results of Davies’ scheduled four-week check on his case of myocarditis delivered the “best-case scenario” according to Bayern Munich coach Julian Nagelsmann.

“He’s fortunately well on the road to recovery,” Nagelsmann said at the weekend. “It’s still taking a little while. But the dangerous signals sent out by the heart have almost gone.

“There are still one or two things that need a bit more time. He’ll have another check-up in a fortnight. The best-case scenario has occurred in terms of the healing process.”

Another two weeks brings us to the end of February. It is not clear how quickly Davies could return to matches if the next scan gives him the all-clear to train.

There’s no question that the timeline for the 21-year-old to be part of Canada’s final three World Cup qualifiers in March is tightening. But the most important thing is that Davies long-term health looks to be in good shape.