'We have talent': Alphonso Davies on CPL's role, personal goals at Bayern Munich 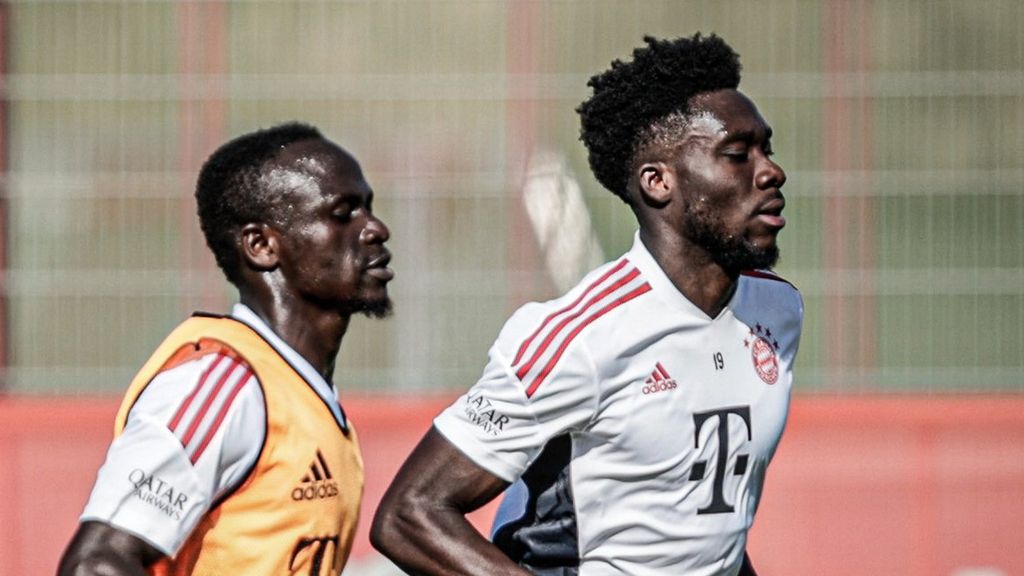 Alphonso Davies is one of world football's finest left-sided options.

But, as any young footballer would tell you, he's far from a finished product.

At 21 years old, Davies is still in the early days of his professional career, even if his resume doesn't read like it at Bayern Munich. The undisputed starter at left-back of the Bavarian lineup has made 115 appearances for the club since joining in the 2018-19 season, won everything there is to win at club level, and has emerged as one of the world's top young prospects.

His journey to the top came as fast as his feet carry him on the field, where Davies brings speed and pressure in abundance down the left wing.

Having helped guide Canada to a historic return to the FIFA World Cup, Davies is now looking to add a new element to his game – leadership.

"For me, it's not really about leadership," Davies told reporters ahead of Bayern's pre-season match-up vs. D.C. United, as quoted by Transfermarkt.

"I just want to help the team defensively and offensively. I know that positionally I can still get better."

He continued: "I understand that I have to be more vocal on the pitch. I have really shied away from telling players to go left, right, or step back. It is very important to do that, especially as I want to give the defender as much information as possible."

You can understand why finding his voice at Bayern could take some time.

Davies represents the sort of meteoric rise that Canadians before him had never seen or experienced; he entered into the locker room of some of the biggest – and boldest – stars in world football.

That feeling of needing to prove yourself is helped by his quiet, oft-humble mentality on the training ground, at least at first.

But, over the years, Davies' confidence also seemed to blossom, and he became more and more jovial, outspoken, and, these days, he's made that left-back spot his own ... even if he never intended to.

"I was playing up top for Vancouver, and they saw me as a winger, but things change," Davies told ESPN FC's Kasey Keller. "Players got injured and they had to move things around. They knew I played that position a couple times with Vancouver and Canada. When the coach was looking for replacements for one of the injured guys, I guess he looked at me.

"It was a shock to me as well. I thought I was going to do it part-time but I guess it's full time!"

Off the field, Davies continues to lead by example, too.

Often spotted in his hometown of Edmonton at FC Edmonton matches, Davies continues to inspire young Canadian footballers to dream of following in his footsteps.

And, with an ever-expanding playing pool, Davies hopes future generations of Canadian talents can continue to improve Canada's reputation on the world footballing stage, too.

"Right now, we have the CPL, our Canadian Premier League. There are Canadian talents everywhere," Davies said.

"They just needed a base to show themselves and the CPL is helping with that. With all the Canadian players coming through now, you can see we have talent on this side (of the border)."