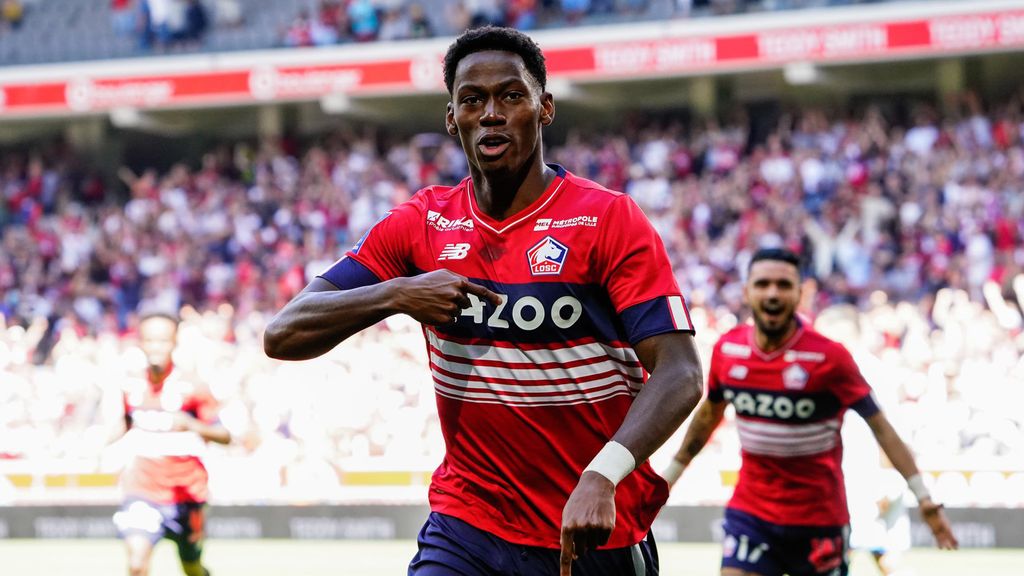 The 22-year-old Canadian striker put on a vintage display of attacking accumen, beginning with a flurry of productive finishes in just the first four minutes of the match.

David's first contribution came in the form of a perfectly-placed back-heel pass to set up Benjamin Andre from Lille's opening goal, just 35 seconds into the match.

It wouldn't take long for David to get on the scoresheet himself, though, with Ottawa's favourite son applying a dramatic left-foot curling shot just a couple minutes later.

Well that was quick! 👀

David wouldn't be content with just the one goal, though, applying his signature "Ice-man" cool on the tap-in finish for his second of the match, scoring just before half-time to help secure the result for Les Dogues.

Jonathan David applies his "Ice-man" cool to score AGAIN and give #LOSC a 3-0 lead over Auxerre! 🥶#Ligue1 | 🔴 https://t.co/7JFAUhgjL6 pic.twitter.com/8z23nGhyZG

Linked with a move to the likes of Arsenal, Internazionale and Manchester United in the summer transfer window, David's decision to stay at Lille OSC this season could prove wise, as new head coach Paulo Fonseca brings a new tactical look to the team.

With one eye torward Canada's first appearance at the FIFA World Cup in nearly four decades, David will hope he can maintain his hungry goal-scoring form heading into Qatar 2022 as well.