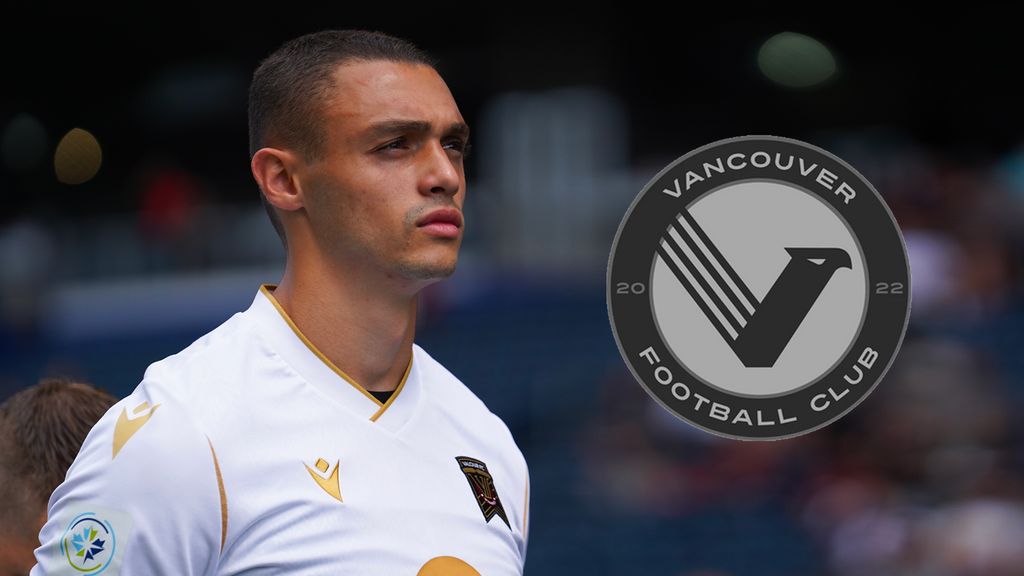 Langley, BC – (January 16, 2023) – Vancouver FC today announces the signing of free agent centre-back Rocco Romeo ahead of the club’s inaugural season in the Canadian Premier League.

Romeo (ROW-MEE-OH) becomes the club’s sixth signing since its official launch in November 2022.

The native of Toronto, 22, brings a mix of youth and experience to head coach Afshin Ghotbi’s squad. A product of Toronto FC’s academy system, Romeo most recently represented Valour FC in the Canadian Premier League, spending part of the 2021 season with Valour on loan from Toronto before joining the CPL club on contract in 2022.

“I am grateful to Afshin and Rob for their faith in me as I begin this new chapter of my career in the Canadian Premier League with Vancouver FC,” said Romeo. “I’m excited to officially get started and put in the consistent work that is needed to get this club off to a great start on the field and off.”

Romeo, who stands at 6’4” tall, has accumulated 3,756 minutes in league play over the past two seasons. He led Valour with 76 clearances in 2022, adding 11 blocks and winning 40 aerial duels. Romeo was among the chief distributors on the squad, making 1184 total passes over the course of the season, with a success rate of 84 per cent.

The centre-back has also been known to find the back of the net from time to time, scoring two goals in each of his past two seasons. Romeo’s towering aerial presence poses a threat any time he is in the opponent’s box.

“Rocco will bring consistency and presence to our back line and leadership to our locker room,” said Afshin Ghobti. “We are pleased to bring in another player who understands the league and what it takes to be successful, and we look forward to helping Rocco continue his development in this next phase of his career.”

Romeo previously joined the Toronto FC youth system in 2014 and represented the club in League1 Ontario and United Soccer League play over nine seasons with the organization. Along with his loan stint to Valour, Romeo gained European soccer experience during a pair of loan spells with HB Køge of the Danish first division in the 2018/2019 and 2020/2021 seasons.

At the international level, Romeo has represented several Canadian youth national teams, including at the 2017 Concacaf U-17 Championship and the 2018 Concacaf U-20 Championship.

“As we continue to build out our squad ahead of our inaugural season, we are looking for players who can help us be competitive from the first whistle,” said Rob Friend, President, Vancouver FC. “Rocco not only fits that bill, but we believe there is even more to come from him as he continues to grow as a player.”