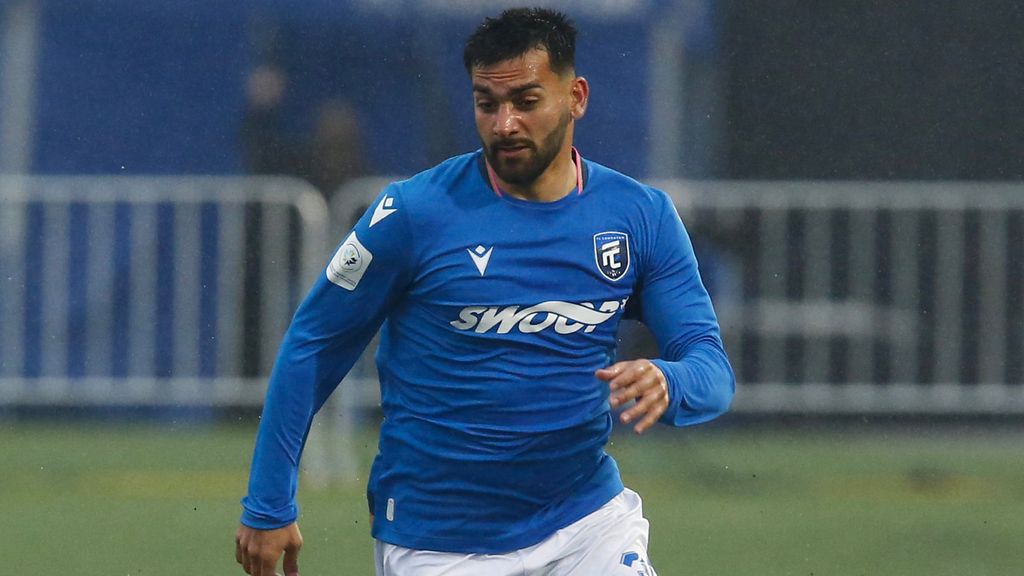 Langley, BC – (January 18, 2023) – Vancouver FC today announced free agent attacker Gabriel Bitar as the club’s latest signing, the seventh player to be added to the roster ahead of the 2023 season.

Bitar, 24, joins Vancouver after taking the Canadian soccer pathway from U SPORTS to the Canadian Premier League, as a two-time first-round pick in the annual CPL-U SPORTS Draft. The 2022 season, his first full year as a professional, saw Bitar make 22 appearances for FC Edmonton, recording five goals and an assist after signing with the club last March.

The native of Ottawa, Ont. starred for his former side even as he navigated a position change that saw him drop back into the midfield from his more traditional role as a striker. Bitar was named to the Canadian Premier League’s Gatorade Team of the Week four times over the course of the 2022 season and earned the title of Player of the Week in Week 9.

“I am looking forward to building on my growth as a professional in 2022 with Vancouver this coming season,” said Bitar. “I learned a lot during my first full season as a professional and believe I can contribute even more to my new team as Vancouver takes the pitch for its first season this year.”

Before going pro, Bitar starred up front for the Carleton University Ravens from 2017 to 2021. The two-time U SPORTS All-Canadian was named the Ontario University Athletics East MVP and was honoured with the Lou Bilek Award as the U SPORTS men’s soccer Rookie of the Year in 2017. He remains second on the school’s all-time scoring list, with 40 goals.

“Gabriel is a powerful presence with the ball at his feet,” said Afshin Ghotbi, Head Coach, Vancouver FC. “He has an ability to create chances for himself through his strong dribbling and shooting skills. His movement off the ball also makes him a threat any time he is on the pitch.”

At the international level, Bitar, whose parents were both born in Beirut, Lebanon, debuted for the Lebanese men’s national team in December 2022. He previously participated in the Canadian youth program when he took part in an identification camp for Canada’s Men’s Under-20 National Team in 2015.

“We are excited to add another young but emerging player in Gabriel,” said Rob Friend, President, Vancouver FC. “As we continue to work through the process of building a roster ahead of our inaugural season in the Canadian Premier League, we are confident we are adding the right players to make this a memorable year for our team and our fans.”