Why the Canadian Championship final has symbolic importance to Toronto FC

TORONTO – The decline of Toronto FC was not always obvious.

For two seasons, Greg Vanney not only held a fading team together but took it close to major honours.

Underneath the surface, though, TFC lacked a clear and coherent long-term vision. The unity of purpose that had characterized their 2017 treble-winning season was splintering.

Vanney, it was believed, desired a more substantial rebuild around younger signings and a modernized style of play.

Reds president Bill Manning and incoming general manager Ali Curtis instead made moves that appeared to be designed to extend the existing roster’s lifespan.

Eventually, Vanney walked away, and the house of cards came crashing down.

More than just a trophy 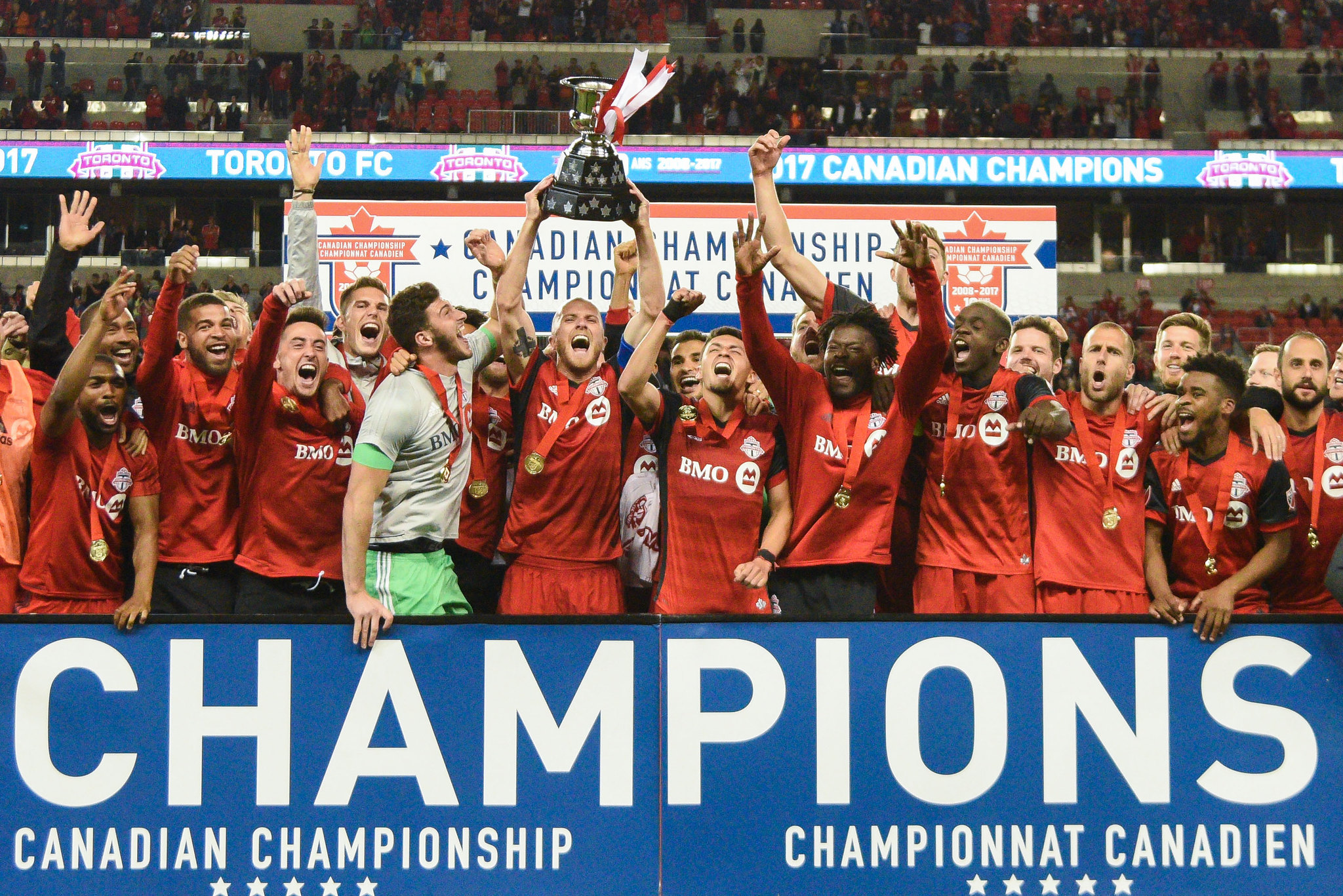 Building a championship team is hard. Taking that team apart to build another one is even harder.

Ego, complacency, and indecision combined to return Toronto from Major League Soccer’s summit to the doldrums they had occupied years earlier.

It’s that descent that makes Saturday’s Canadian Championship final — however strange the circumstances — more than just a game for TFC and more, even, than just a trophy.

It’s hard to shake off the bizarre nature of finishing the 2020, pandemic-hit competition in 2022. And if Toronto beats Forge, they will receive little acclaim for seeing off a club with a fraction of their budget.

Should they lose, that financial disparity will see them ridiculed. As is the case any time a Canadian Premier League team faces one from MLS, all the pressure will be on the team in red.

But this is a club that used to thrive under that pressure. Not so long ago, this was a club that did not just hope to compete but expected to win. It did not pick one competition on which to focus its attention but went all out for every bit of silverware on offer.

"The strength is being single-minded on your mission but understanding that every single game and every single day is imperative to accomplishing that," Vanney said of TFC’s 2017 campaign.

"Every game was a target, and we played every single game to win every single game. If we go through that process for the entire year, then we’ve prepared ourselves to win the one or two games we ultimately want."

The team Bob Bradley selects at Tim Hortons Field will be a long way off the predecessors that swept all before them five years ago. His roster remains in a state of flux and its holes cannot be filled overnight.

But the recovery of this club, if it is to happen, has to start somewhere. And regardless of the quirks of this particular match, the occasion of a final presents Bradley with his first true opportunity to drive a stake into the ground.

What is it going to be?

Will Toronto continue to drift, unclear on their direction and lacking conviction in their ability to deliver on days like these?

Will they fall, feeble and apathetic, like they did in last year’s final in Montreal?

Or can they take a first step on the road to restoring what, for a remarkable run of five trophies in three years, we came to expect from the team in red?

The early signs of rebirth can be just as subtle as the decline.