The latest out of Edmonton, Toronto and Vancouver ahead of monumental 2026 World Cup host cities announcement 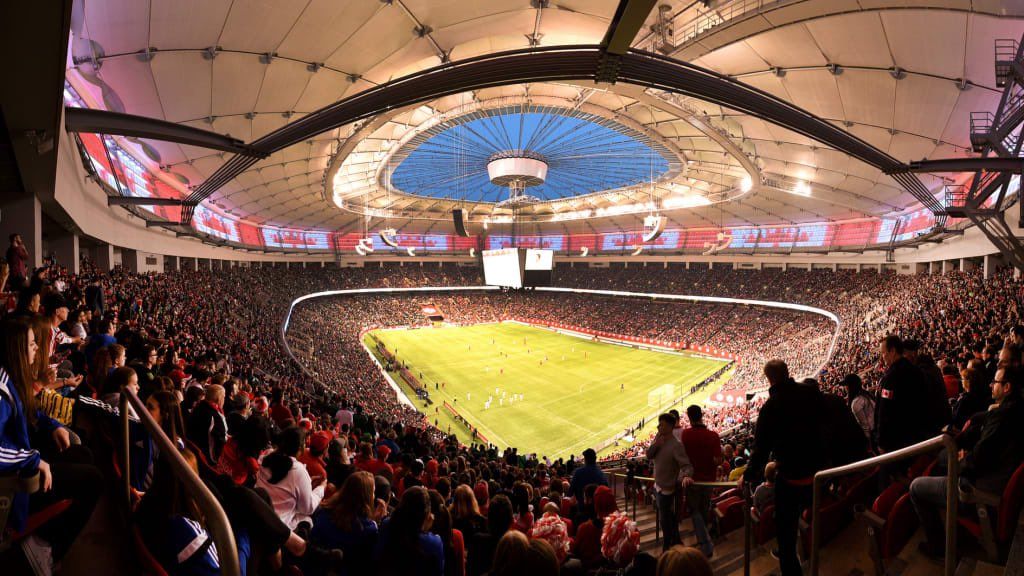 Ahead of today's long-awaited reveal of FIFA's 2026 World Cup host cities, we look at the latest news out of Canada's three candidates for that bid - Edmonton, Toronto and Vancouver.

It’s an important interlude before resuming the road to the 2022 Men’s World Cup.

That, of course, is the long-awaited host cities announcement for the 2026 edition of that same tournament, which will be co-hosted by Canada, Mexico and the United States.

Having been awarded the rights to host that World Cup back in 2018, this is a monumental step in the process leading up to that tournament, as it’ll determine which cities across North America will be hosting the world’s best in just under four year’s time.

For Canada, in particular, it’s a big moment, as it’ll mark the first time that Men’s World Cup games will be played in the country. And considering how well things went when they hosted the Women’s World Cup back in 2015, filling stadiums across the country, that’s an exciting prospect to now imagine them doing that again.

Although 2026 won’t see a whole symphony of World Cup games played in Canada, as was the case in 2015, as Canada was allocated just 10 games for this tournament (of a possible 80), it’s still expected to be a big moment for the sport in the country, much as 2015 was.

Because of that, it’s easy to see why the host cities' announcement is such a big deal, as it’ll help figure out how Canada’s 10 games will be allocated, giving an idea of which cities will get a taste of the world’s best in four years time, and who will be left on the sidelines.

So ahead of that announcement, here’s a look at how things are shaping up for the Canadian cities involved in the bid, Edmonton, Toronto and Vancouver, who all remain in the hunt to host games in 2026.

A longtime pillar of soccer in Canada, Edmonton was always going to be a logical inclusion in this host city's race, having hosted some of the biggest games in Canadian soccer history.

From Canada’s famed draw against soon-to-be World Cup champions Brazil in 1994, to hosting CanWNT’s first World Cup game on home soil at the 2015 tournament, to the CanMNT’s exploits over Mexico at the end of 2021 in World Cup qualifiers in the now-famed ‘Iceteca’ clash, Edmonton has a rich history of National Team soccer. Because of that, it only made sense to have them considered for 2026.

Despite that, however, while they remain included in the bid, it looks like that could all go up in smoke with this announcement, as reports have suggested that they won’t be among the final cities selected in the bid.

As per reports out of Sportsnet's Irfaan Gaffar from earlier this month, it sounds like the city won’t be included in the running for 2026, despite having made a strong push from the start.

Even though they did a lot right in the lead-up to this announcement, including putting on a show for FIFA delegates in their visit to the city (which coincided with that ‘Iceteca’ game, as well as another World Cup qualifier, both in front of 50 000+ fans), it looks like they’ll just miss out.

At the same time, that’s not all that surprising.

First of all, Edmonton’s venue, Commonwealth Stadium, is almost 50 years old, and is in need of upgrading ahead of this tournament, which would incur heavy costs. You add in the fact that they’d have to install some form of grass, as well, that’s a further cost to consider, as it’s not easy to install and maintain such a surface in Edmonton.

Secondly, there’s the fact that transportation to and from the stadium would have to be improved, as it’s a bit outside of their downtown, where many fans would likely stay on a visit to Edmonton.

Lastly, there’s just the reality that Edmonton’s demands for the tournament might just not be realistic. After doubts they might not commit money at all, the Albertan government did step up and say they'd pledge over $100 million for this tournament to go through, but on one condition - they host five games, including two crucial knockout games.

Considering that Toronto and Vancouver are both involved, and were always at a minimum going to get an even split of the 10-game pool, if not more, that was a big ask for Edmonton to suggest they get five games, which kind of suggests that the writing is on the wall for them.

So although they do remain officially in the race until announced otherwise, it looks like Edmontonians will have to settle for trips elsewhere in North America to enjoy games in 2026, leaving them on the sidelines for this event. 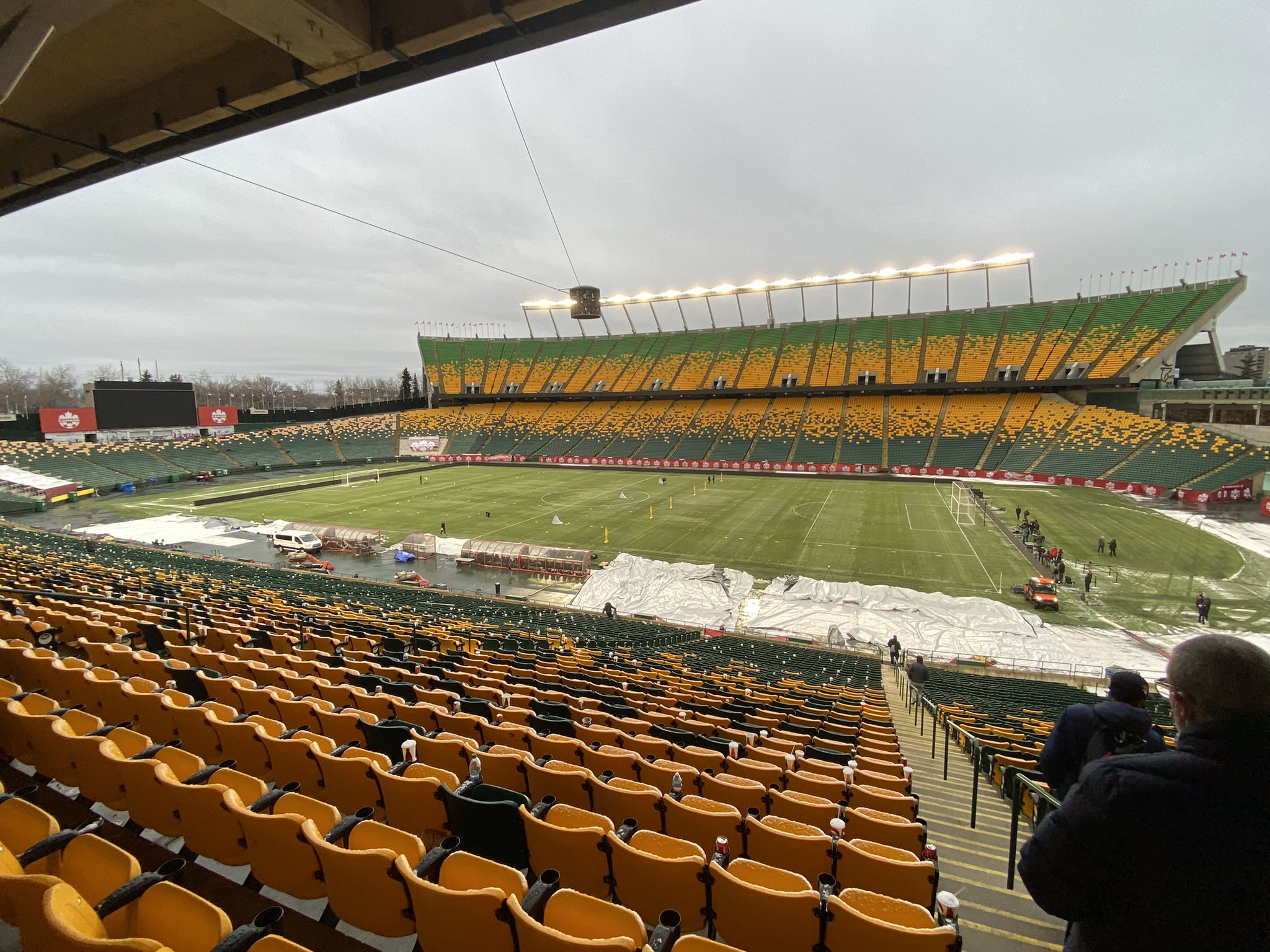 After missing out on World Cup games in 2015, Toronto, having become a pillar for both CanMNT and CanWNT games over the years, was never going to miss out on this opportunity to host this time around.

Having hosted big soccer events in recent years such as the 2017 MLS Cup Final, the CanMNT’s 2022 World Cup qualifying clincher against Jamaica and many more, a lot of the biggest soccer games in Canada in recent years have often been in Toronto.

As a result, they’ve been involved in the bidding process since the beginning, and given their status as a big metropolitan city, one that can hold these sorts of big events, it’s made them a bit of a no-brainer inclusion.

At the same time, while the city is prepared for such an event, their venue, BMO Field, despite its status as a solid stadium, was arguably the venue that needed the most upgrade in the Canadian bid, at least if you discount Commonwealth’s structural issues, with BMO’s being more infrastructural.

A stadium of just 30 000 capacity, it currently sits well below the 40 000 seat minimum that is required for a World Cup (and 60 000 seat requirement if you want to host a quarter-final), meaning that just to be included in this bid, they needed to commit to that. For what it’s worth, that shouldn’t be difficult, as the stadium is already configured to be expanded to 40 000, but given that the stadium was originally a temporary venue, that always puts some extra stress on the project.

The good news is that it does hold grass, as a hybrid grass was installed in 2019, giving it an edge on other cities, but that’s offset by the aforementioned expansion requirements.

So although it appears a formality that Toronto will be included, with mayor John Tory even recently confidently stating that he didn't know if it'd be possible not to be picked, the attendance hitch could see them limited in games, especially based on what the reports out of Vancouver are saying. 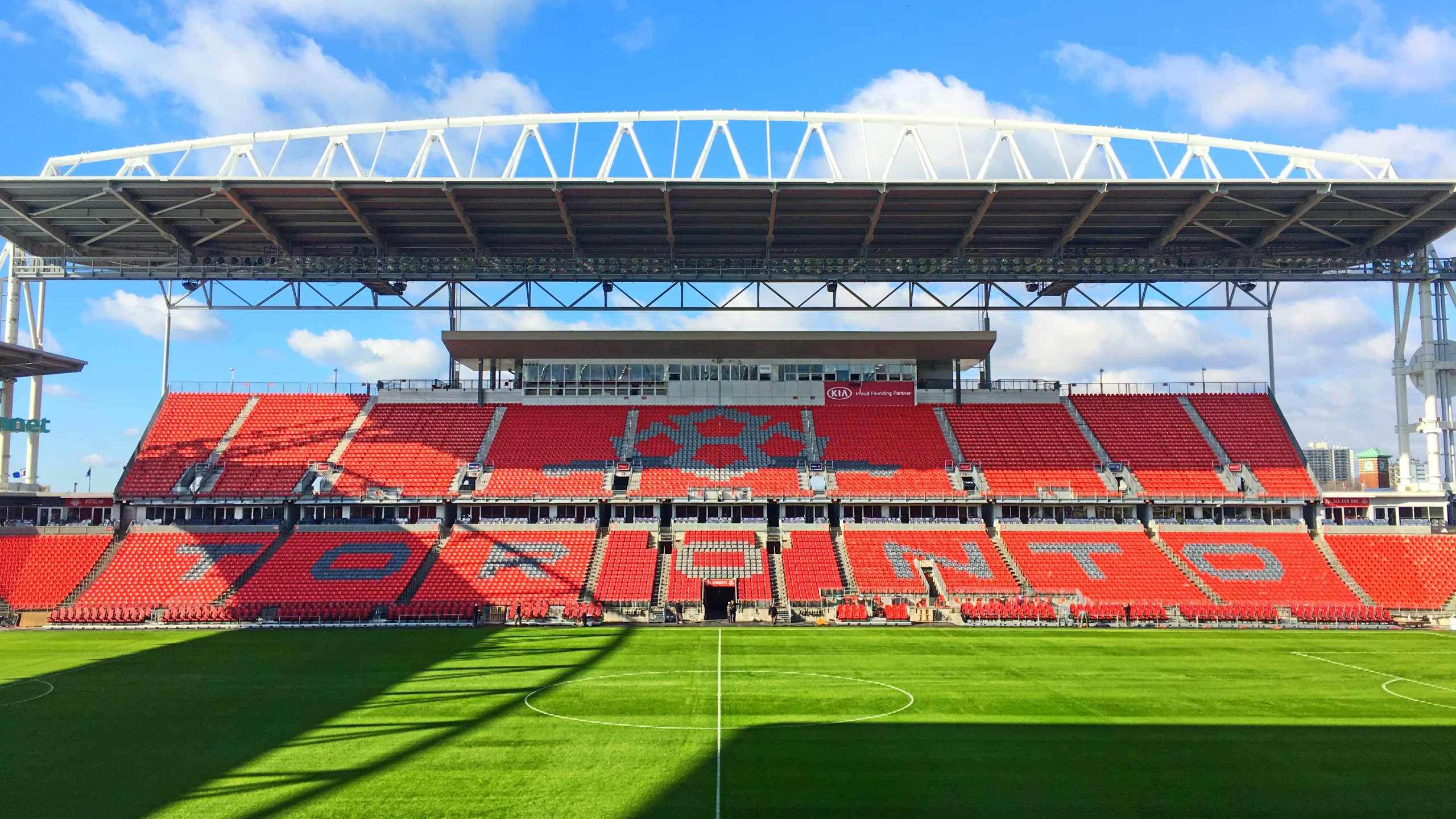 And speaking of Vancouver, they remain the most interesting city of the three in this Canadian bid, having gone through a tumultuous four years just to get to this point.

Having originally pulled out of the bid back in 2018, full-stop, unable to wrap their heads around the demands, they officially got back into the race in the middle of April, after years of flirting with the idea of returning to the race.

But with Canada’s bid being quite thin with just Edmonton and Toronto, Vancouver was coaxed back in, as they and FIFA struck an agreement to make it happen.

And that’s huge. Having hosted some massive soccer games in the city over the years, such as the final of the 2015 World Cup, a sold-out clash against Mexico in 2016, and more, Vancouver loves these sorts of events, making it seem strange that they wouldn’t be included.

Yet, having cited the financial crunch and unreasonable demands from FIFA as a reason why they backed out, it was hard to put much blame on them for not wanting a part of that, although it left a sour taste in many Vancouverites' mouths at the time.

Now, however, having worked something with FIFA, things now look great for Vancouver, who has gone from out of the running, to now potentially hosting six of then 10 games, as was reported this week by Sportsnet’s Dan Riccio.

It’s a big surprise, no doubt, but that shows Vancouver’s viability as a host city.

Firstly, their venue is arguably in the best shape of the three in the bid, as while it’s an old stadium, it went through serious renovations not that long ago, meaning that not much would have to be done there to make it viable. Yes, they need grass, as much like Edmonton, they have turf, but Vancouver should have no issue installing that, given their climate and the nature of the stadium (which is closed air with a retractable roof).

Secondly, and most importantly, the city itself has got all of the amenities for such an event, having hosted the 2015 World Cup, as well as the 2010 Winter Olympics, meaning that far less money would have to be poured into this bid to make it work.

Lastly, having first had their doubts, it appears that everyone is fully on-board with this again, which was the big issue in the first place, putting a big hitch in the project.

So overall, things look quite good for Vancouver this week, who could stand to be a key city in this announcement, officially completing their surprising return into a race they once didn’t have a horse in.