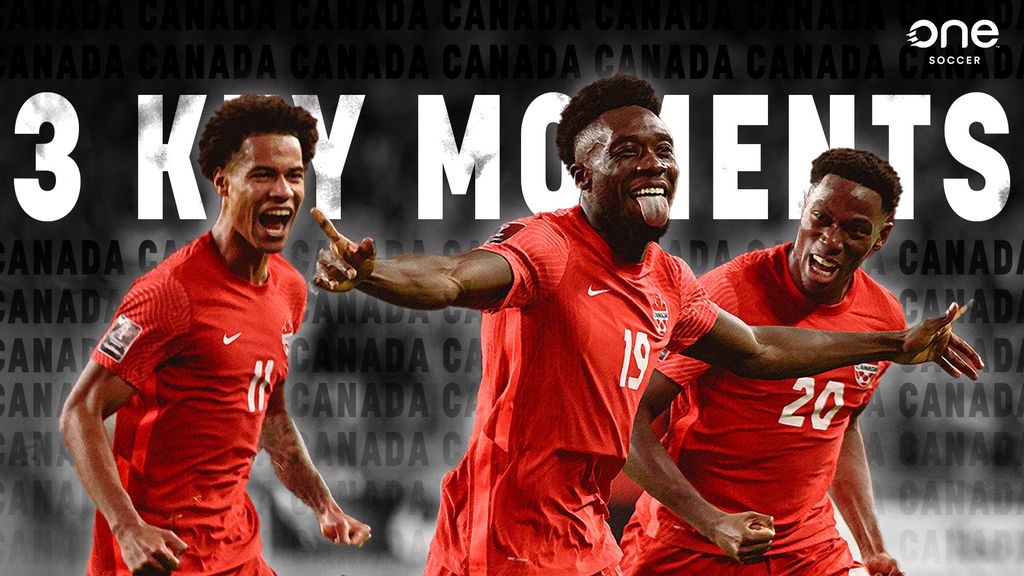 A FIFA World Cup played in the winter means fans of the beautiful game all around the world have had to wait just a little longer than the usual 4 years for the grand affair.

But for Canadian soccer fans, that wait has gone on much, much longer.

The last time the Canadian Men's National Team played in the global tournament was all the way back in 1986 – 36 years ago, to be exact. That was so long ago that only one of the CanMNT's active players was even alive for it.

But with Canada managing to qualify for the 2022 World Cup off of the back of a memorable 20-game campaign that spanned from March 2021 to March 2022, that drought was finally snapped.

The country can start to believe again. Along the way, many treasured memories were made, too.

In retrospect, however, three key moments standout in Canada's incredible turnaround fairytale. Here's where the tides turned for Les Rouges. 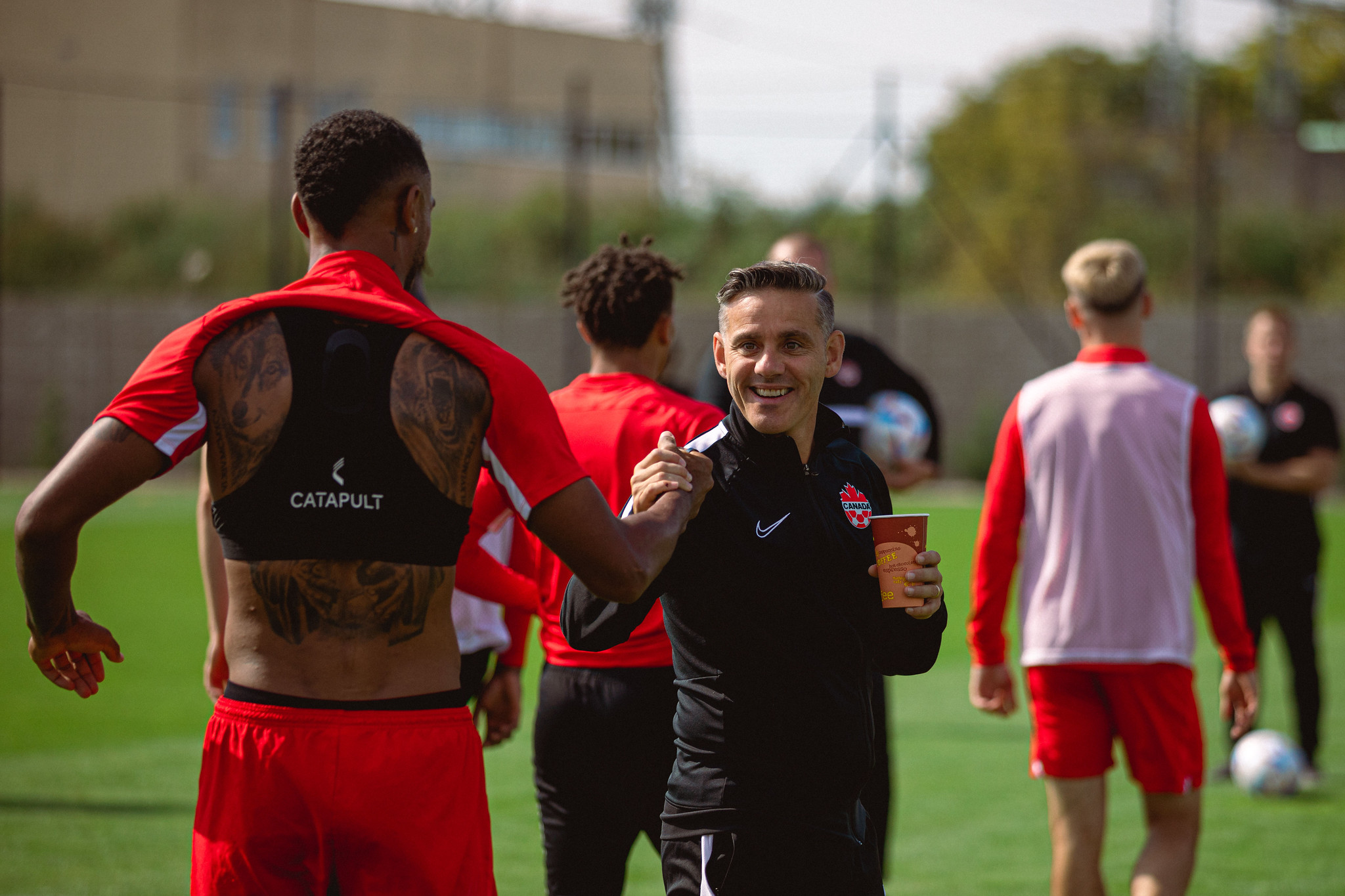 To truly appreciate how Canada has gotten themselves in a position to take on Belgium and kick off the 2022 World Cup on November 23rd, it's important to return to another key date – January 8th, 2018.

That day, Canada Soccer surprisingly announced that well-loved and highly-successful CanWNT head coach John Herdman was to take over the CanMNT, replacing Octavio Zambrano, who was let go.

Having led the then fifth-ranked CanWNT to back-to-back Bronze medals at the Olympics, and just one year out from the 2019 World Cup, it seemed like a shocking decision given that the CanMNT was four years out from their next World Cup, and ranked 95th in the world.

Yet, despite taking over a country ranked 10th among teams in CONCACAF, Herdman had a clear goal in mind. He would turn his side into a force of nature in Concacaf by the end of his tenure, whatever it took.

Five years later, Herdman has done a pretty good job at making that dream a reality. Heading into this World Cup, Canada is now ranked 41st in the world, fourth in Concacaf, and topped the qualifying table to boot.

"They hired a women's coach, but a women's coach that would never say no, never says die. I had to knock on doors two years ago to find money to put a camp on in January. No one was going to tell me we weren't going to a World Cup."#CanMNT

Given that Canada finished ahead of the United States and Mexico, there's no doubt that this team now ranks among the elite of Concacaf, and certainly have put the rest of the region on notice.

Throughout their journey from 95th to where they are today, Herdman has amassed a record of 31 wins, 4 draws and 10 losses across 45 games as head coach.

Driven by his ability to build a powerful, united culture, he's turned Canada from a once-fractured unit to a tight-knit brotherhood. And he's never shied away from leaning into the drama of their purpose, either, giving powerful speeches, utilizing visualization techniques of war – going so far as to bring a sword to Toronto to symbolically stake claim of their home – all while offering mental and emotional support for his players.

More importantly, he set clear, achievable goals that made this team believe they could be more than what their reputation may have merited in the past.

He also adapted the team tactically, turning them from a one-dimensional team that thrives on the counter to a team that is very flexible tactically, able to play in possession, off the ball, in transition and off set pieces.

You sprinkle in some key recruitment efforts – which included convincing striker Jonathan David to represent Canada over Haiti and the US and midfield lynchpin Stephen Eustáquio to choose Canada over Portugal – and bringing in the likes of Theo Corbeanu, Dayne St. Clair, Ayo Akinola, Cristian Gutiérrez, Zachary Brault-Guillard and more, and it's clear that Herdman's done quite a lot to change the image of this team.

"The World Stops, Dreams are Made" 🏆#CANMNT Head Coach John Herdman gets the team ready for the start of their 20 game qualification journey for the World Cup in our first episode of the #WeCAN Documentary Series!

As a result, this Canadian team is about as talented and deep as it has ever been, which helped them navigate the gruelling realities of World Cup Qualifying and finish a 20-game grind with a record of 14W-4D-2L.

Herdman let Canadians dream again, gave hope that this team can make the country proud at the World Cup this year (and as hosts in 2026), and compete in Concacaf for years to come. 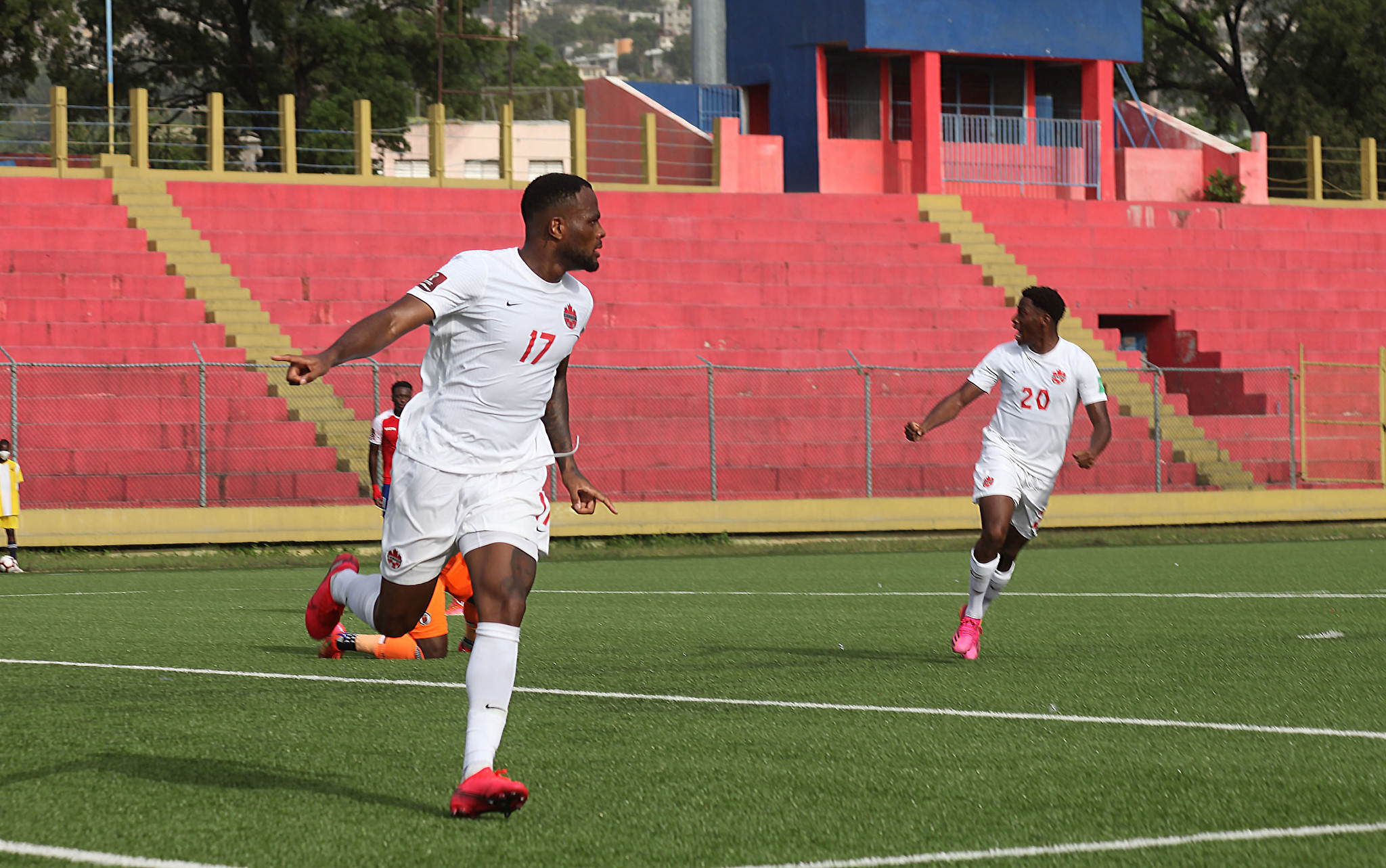 While Herdman's tenure has mostly been a smashing success, there were moments when things were a little rockier. Take the 2019 Gold Cup as an example, a tournament where Canada was expecting to turn a decent start to life under Herdman (wins in their first five games) into a decent run.

There, Canada managed to make it to the quarter-finals for just the second time in five tournaments, where they faced Haiti, a game they were favoured to win. And they started the game that way, going up 2-0 early, putting them well on track to return to the semi-finals for the first time since 2007.

Then, it all fell apart, as Canada then conceded three second-half goals in a staggering comeback from Haiti, one that saw Canada eliminated in an embarrassing fashion.

Yet, despite suffering a defeat that might’ve set them back heavily in the past, they just continued to keep their heads up. In fact, just a few months after the Haiti loss, they beat the US 2-0 at home in Nations League, a result that proved to be a big turning point in their rise to where they are now.

But as they got set to face Haiti in the second round of 2022 World Cup qualifiers, a big question mark hung over Canada’s head. Having navigated the first round with ease, avoiding a scare against Suriname in their final game to emerge unscathed, that left this home-and-away series with Haiti as the lone thing standing between them and CONCACAF’s final round, a stage they last reached in the 1998 cycle.

Because of that, this Haiti tie stood as a chance to both vanquish Canada’s 2019 Gold Cup nightmares, as well as nightmares of the past World Cup qualifiers cycles, where Canada typically came up short in moments like this.

In the face of all of that, however, Canada didn’t seem fazed by that. Instead, they ensured they’d get off to a perfect start, grabbing a 14th-minute goal on the road through Cyle Larin to go up 1-0, a lead they’d manage to narrowly hold onto the rest of the way.

Then, having headed back to Chicago for the ‘home’ leg (due to the realities of the pandemic), they overcame a nervy first half, before the soccer gods shone on them with an own goal to forget from the Canadian-born Haitian goalkeeper, Josue Duverger, allowing Canada to then cruise to a 3-0 win (4-0 on aggregate).

With that, they finally returned to the final round, while putting Haiti far in the rearview mirror, allowing Canada to breathe a sigh of relief knowing that they’d taken care of a few bogeymen in the process.

'That' goal against Panama

Having made it back to that final round of qualifying, Canada was quickly given a reality check as they began the first few games of their 14-game marathon towards the World Cup.

What was supposed to be a straightforward opening home game against Honduras ended up turning into a nightmare of a 1-1 draw, although a 1-1 road draw against the US and a 3-0 home win against El Salvador then allowed the first window to end decently.

In the second window, however, things started rocky again, as while a 1-1 draw on the road against Mexico was seen as massive, a dull 0-0 road draw against Jamaica a few days later all of a sudden saw Canada sitting with a record of 1W-4D-0L through five games, which was firmly middle of the pack.

It wasn’t catastrophic by any means, but just meant that their final game of the second window became huge, as they got set to host a streaking Panama at BMO Field, in a game that was going to be massive for Canada’s fate given that Panama sat just ahead of them in the table.

There, however, they got off to a nightmare start, as Panama scored just five minutes into the game, putting Canada behind the eight ball. To be fair, Canada then recovered nicely, as Alphonso Davies and Tajon Buchanan combined on a corner to force a Panamanian own goal in the 28th minute, but that wasn’t going to be enough, as it felt like Canada needed to win this game given what lay ahead in their schedule.

Therefore, as the minutes dragged on, the stress started to rise, as some wondered if Canada would find that breakthrough.

But then, in the 66th minute, Alphonso Davies chased after an impossible pass from Jonathan David, and the rest was history, as he then went on to score a goal that will forever be remembered in CanMNT lore, both as the goal that got Canada’s eyes on this team, as well as turned their World Cup dreams into reality.

THE GREATEST LEFT BACK.

That's no exaggeration. The rest of that game turned routine for Canada, who ended up routing Panama 4-1, with Davies’s goal going viral across the country.

From there, that seemed to give them wings, as they then went on a six-game winning streak through the hardest stretch of their schedule, which included home wins over Costa Rica, Mexico and the US (all World Cup-bound teams), as well as improbably road wins in Honduras and El Salvador, always typically tough locales for Canada.

Off of the back of that, they went from middle of the pack to top of the table, a spot they wouldn’t vanquish the rest of the way, eventually allowing them to qualify against Jamaica in front of a sold-out BMO Field in March.

But while it took the magic of Iceteca in November and some resiliency in January to get them across the line, the momentum all started when Davies had a moment of magic in October, further adding to the icon of a goal that won’t soon be forgotten in Canadian soccer circles.