In an exciting development for the women’s game in Canada, the inaugural League 1 Canada inter-provincial championships are getting set to kick off this week, marking a huge step for the sport in the country.

With participants from each of League 1 Canada’s circuits, League 1 BC, League 1 Ontario and the PLSQ all set to convene in a four-team showcase tournament in Laval, Quebec, this competition will be a great showcase event for the talent in those circuits, as well as provide a glimpse into the potential viability of a professional women’s circuit in the country.

All while providing a taste of what this tournament can become in the future as League 1 Canada expands into new provinces, it’s certainly an event not to miss if you’re a Canadian soccer fan.

Therefore, as the four participants get set to convene in Laval, there’s a lot to be excited about with this tournament, one that will certainly be worth keeping a close eye on.

Organized into a straight knockout format, in which Alliance United (L1O) will face off versus AS Laval (PLSQ) in one semi-final, while Blainville (PLSQ) takes on Varsity FC (L1BC) in the other, with the winners of those games facing off in a final (and the two losers in a third-place game), each game is expected to be competitive and exciting.

So as the tournament gets set to kick off this week in Laval, here's a look at each of the four participants, and what to expect from them over the course of the next week or so, as they chase the first-ever inter-provincial cup crown.

To kick things off, there’s Ontario’s Alliance, who clinched their spot in the tournament last week, doing so by reaching the final of League 1 Ontario women’s division.

There, they unfortunately lost by a score of 3-1 to NDC Ontario, meaning that they theoretically were going to miss out on this, but given that NDC is made up of a strong contingent of youngsters that will be playing in the Canada Summer games this month, it meant that they were always going to forfeit their spot should they qualify, meaning that it went to the runners-up.

Therefore, that meant that Alliance United will get a chance to extend their season, giving them a chance to avenge that tough finals loss, one that will certainly still sting for them a week on. 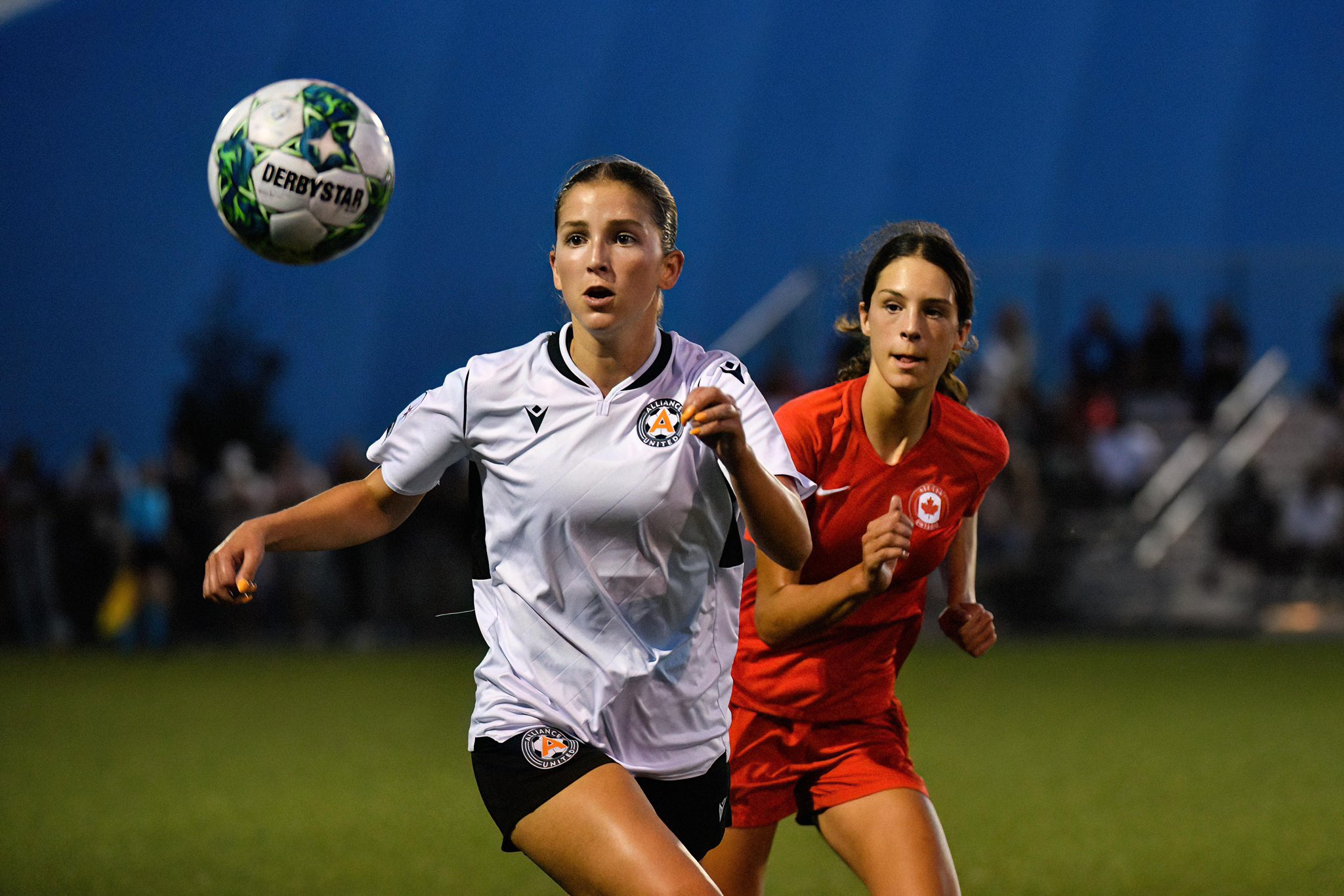 Because of that, expect them to come to this tournament hungry, especially after how they were able to make the final in the first place. Having finished in the sixth and final playoff spot in League 1 Ontario, just one point ahead of the North Toronto Nitros, they then downed the third-place Woodbridge Strikers in a quarter-finals upset, before taking down the first-place Vaughan Azzurri in an even bigger semi-final upset, making it quite the journey to the final for them in the first place.

Off the back of some solid defensive work and some timely offence, they seemed to thrive in the big moments, making them a perfect fit for this tournament.

Having seen what they were already able to do in the League 1 Ontario playoffs, they’ll hope to rekindle some of that magic over in Laval, helping them surprise onlookers once again.

Yet, that just capped off what was an overall strong side from the Quebec-based outfit, who finished atop the PLSQ regular season table with 27 points from 11 games, before taking care of business in the playoffs, in which they overcame a penalty shootout scare versus fourth-seed FC Laval before downing AS Chaudière-Ouest in the final.

Having scored the most goals in the league, while also conceding the second-fewest, and also being the only team not to lose a game, they went about their business in a ruthless and efficient manner.

Plus, having contested their league final on August 7th, they come into this tournament still very much in midseason form, especially given how things ended for them in that one, giving them a potential leg-up on opponents.

Of course, anything can happen in these short tournament set-ups, but familiarity and dominance can go a long way, two things that Blainville has in spades.

The second of the two PLSQ sides, Laval might’ve been unable to match Blainville’s lofty accomplishments this season, instead qualifying for this as hosts, but that still doesn’t mean that they can’t do some damage in this tournament.

Considering that they finished second in the PLSQ regular season, just one point behind Blainville, doing so while conceding a league-low five goals, they were a tough nut to crack on their day, as Blainville will know from the 1-1 draw between the two teams earlier this season.

Where Laval came up short this season, however, was that they allowed four goals in a 4-1 loss in the semi-finals against AS Chaudière-Ouest, which represents 80% of the goals that they allowed all season, which in a game of that magnitude, came back to haunt them big time.

Therefore, as they get set to contest this tournament, returning to that defensive solidity has to be a goal. For them If they can do that, it will give them a good shot, especially since they enter this tournament as hosts, potentially giving them a nice crowd advantage, as well as the advantage of being able to sleep, eat and rest at home instead of a hotel, which can’t be understated (although Blainville isn’t that far away from Laval, either, to be fair).

Lastly, and most certainly not least, there’s League 1 BC’s Varsity, who after a solid season, get a chance to wrap it up with a solid showing at these inter-provincial championships.

There, they’ll have one thing on their mind, and that’s revenge, as they try to make up for what was an unfortunate ending to an otherwise fantastic campaign.

After running the table in 12 games of league play, finishing as runaway leaders with 33 points out of a possible 36, winning all but one match while racking up 31 goals for and just seven against, they just came up short in the final against a Whitecaps team that they soundly beat 7-1 on aggregate in regular season play.

undeniably an excellent season from @Varsity_FC and will be the first @League1BC team to represent BC in Laval, Quebec https://t.co/VXiEiSWrQe

Despite even scoring first on that occasion, two late goals from a Whitecaps side left Varsity to come up just short of silverware, instead left to content themselves with being regular season and Juan De Fuca plate co-winners (awarded to L1BC club with the best overall record across the women's and men’s divisions).

But with the Whitecaps unable to participate in this tournament for the same reason as the NDC, as a healthy chunk of their young squad now turns their attention to the Canada Summer Games, Varsity will now get a chance to avenge that loss with a solid showing in Laval.

And there, they’ll be a team to watch, as they look to show that their regular season form was no joke, which if they’re able to revert to, also arguably makes them favourites along with Blainville to win it all.