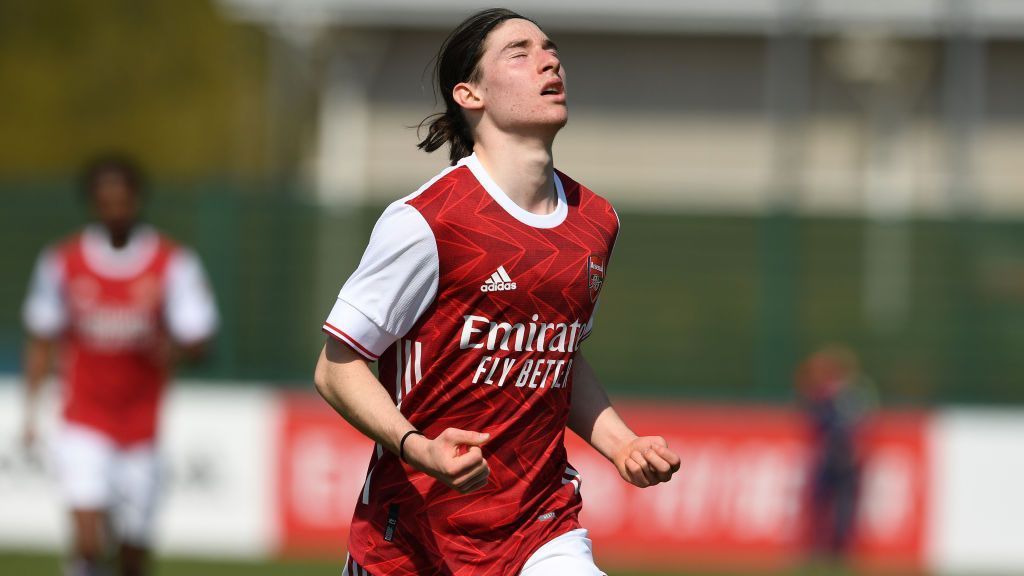 Canadian, Mexican and English triple-national Marcelo Flores has stated his position ahead of the 2022 FIFA World Cup; if called up, he wants to represent the green, white and red of El Tri in Qatar.

The 18-year-old Arsenal academy product, who was born in Georgetown, Ontario, stated in an interview with TUDN this week that if Mexico comes calling for the World Cup, he's willing to pledge his future to the country.

To be fair, Flores didn't completely close the door on Canada in his answer, but other than a single strand of silver lining, his position is pretty clear – he's ready to represent Mexico at the World Cup.

"Canada also wants me, but I think that if Mexico calls me to the World Cup, I think that's where I want to be," Flores told TUDN. "Right now, I don't know, really. I'm thinking and just preparing for when I'm going to make a decision."

Marcelo Flores to TUDN: "Canada also wants me, but I think that if Mexico calls me to the World Cup, I think that's where I want to be. Right now, I don't know, really. I'm thinking and just preparing for when I'm going to make a decision." #CanMNT https://t.co/eK1BPfP1W1 — Oliver Platt (@plattoli) April 26, 2022

Where things get interesting, however, is that Mexico doesn't necessarily share the same position on the player.

In a now-deleted tweet by the Mexican federation, El Tri head coach Gerardo 'Tata' Martino noted that while he's interested in Flores – who he gave his debut in a friendly against Chile back in December – Flores still needs to earn a spot on the final roster, besides just making it clear who he actually wants to play for, too.

"Marcelo Flores must consolidate himself and be clear about which team he wants to play for," Martino said. "Today it is difficult to know the possibilities he has of going to a World Cup."

For what it's worth, Canada head coach John Herdman has shown interest in Flores in the past, inviting him to Canada's January 'Camp Poutine' back in 2021, before Flores had to pull out due to travel restrictions related to the pandemic. He later also added Flores to Canada's preliminary squad list ahead of the 2021 Gold Cup.

On top of that, Herdman then also stoked the fire of his potential interest in Flores after Canada beat the USMNT 2-0 in World Cup Qualifiers earlier this year, stating that results such as that one and Canada's 2-1 victory over Mexico in November of last year might cause dual-nationals like Flores to consider playing for Canada.

"We've got stars now, we've got young star players that are going to be around for a long generation," Herdman said after that game. "I'm sure you've got players like young Marcelo Flores [who] might be looking after this game and wondering whether he wants to play for Mexico or Canada. This is what we're starting to provoke across the world."

I asked John Herdman about the #CanMNT's progress with Daniel Jebbison and Marcelo Flores, and whether they spoke ahead of the squad announcement.

No matter which side Flores ultimately chooses to commit to, the next step for him will be to progress in his professional career, allowing him to subsequently make the same step-up internationally.

Currently in Arsenal's system, Flores has bounced up and down between different age levels in the club this year, splitting his time with Arsenal's U-18s, U-23s and even the senior team, whom he's trained with and even made the bench with for their Premier League clash against Crystal Palace at the beginning of the month.

A bright young talent, there's no doubt that Canada and Mexico would love to have him long-term, but until he makes his professional club debut, it's going to be hard for Martino or Herdman to justify bringing him into a World Cup environment, given the sheer depth in both their squads.

But, that could also be a missed opportunity to cap-tie a bright young talent – it would be a coup long-term for either program. So for Canada, sitting content and seeing what ends up happening – much as Flores is doing on his end – may be the best play. An who knows? Maybe the door will open back up for them in the future, should Mexico's own roster picture become clearer in the months to come.

"They want me to play for Canada," Flores concluded. "But right now, I'm waiting for the (right) time to decide (my future)."

Fair enough. Flores' will-he, won't-he commitment – or lack thereof – is a microcosm of a bigger idea: That the choice between Canada and Mexico isn't a given anymore.

We have, ultimately, arrived.