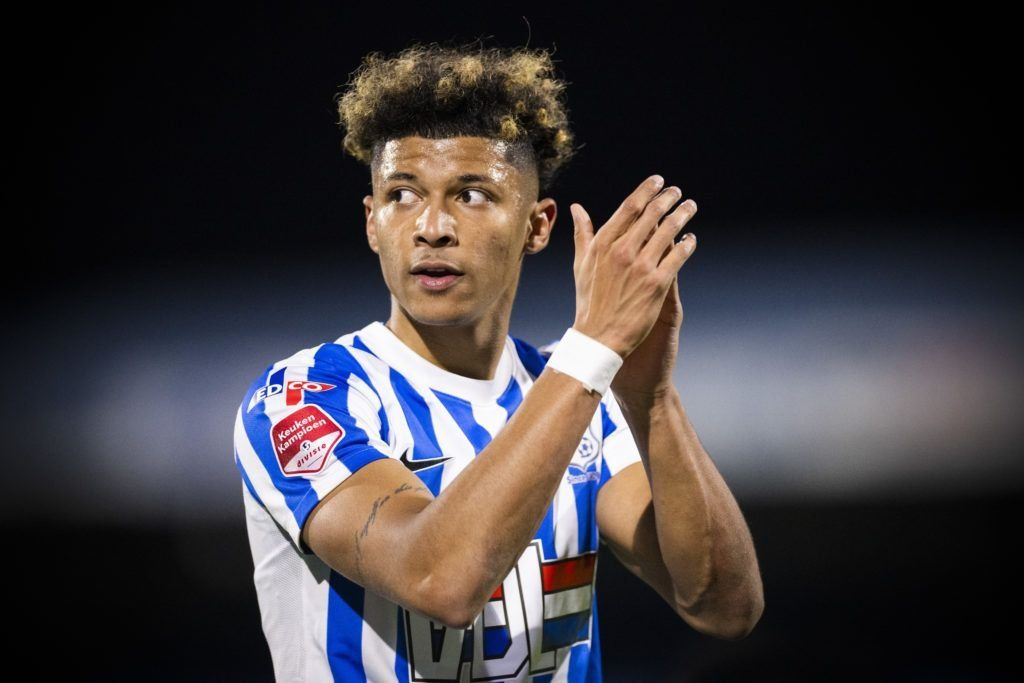 VANCOUVER – After a small roadblock, it’s been all systems go for Charles-Andreas Brym the past couple of weeks.

First, he had to suffer the disappointment of a setback, as despite a promising campaign for his club, FC Eindhoven, who finished third in the Dutch second division, they were unable to secure promotion to the Eredivisie. Having just missed out on automatic promotion by four points in league play, that left them to endure the gauntlet that is the promotion playoffs, and things didn’t go great for them there, as they narrowly fell 4-2 to Den Haag in the second round.

But despite their near-miss at promotion, that didn’t put a damper on what was a strong debut campaign for the 23-year-old in the Netherlands. There, after playing just eight games across two seasons on loan to Portugal’s Belenenses SAD and Belgium’s Mouscron from Lille in 2019/2020 and 2020/2021, he broke out with Eindhoven this season, scoring nine goals and adding one assist in 30 games for Eindhoven in 2021/2022.

Because of that, he was able to catch the attention of many, including the CanMNT’s head coach, John Herdman, who called up Brym for just the third time ever ahead of their June international window, as well as Eredivisie club, Sparta Rotterdam, who signed the forward to a 3-year contract this week.

So all of a sudden, that has thrust Brym into the spotlight, as he now finds himself in the CanMNT picture, as well as at a club in a top-flight league. Not bad for someone who had barely a half-dozen professional appearances before this season.

Charles-Andreas Brym gets a move to Sparta Rotterdam in the Eredivisie after a transformative year in the 🇳🇱 Eerste Divisie.

This is his radar that I built from April. #CanMNT pic.twitter.com/WhGKEQiCgH

Sparta Rotterdam move a big one for CanMNT:

Make no mistake - the Rotterdam move is a big one.

So for Brym to join a club in the league, even if it’s not any of the big three of Ajax, PSV or Feyenoord, is key, opening up a whole new host of eyeballs for him to strut his stuff for.

As for Rotterdam, they appear to be a very solid landing spot for Brym. They may have only narrowly survived relegation this season, dodging the drop by just two points, but they did so in dramatic fashion, nabbing three straight wins at the end of the year to stay up. 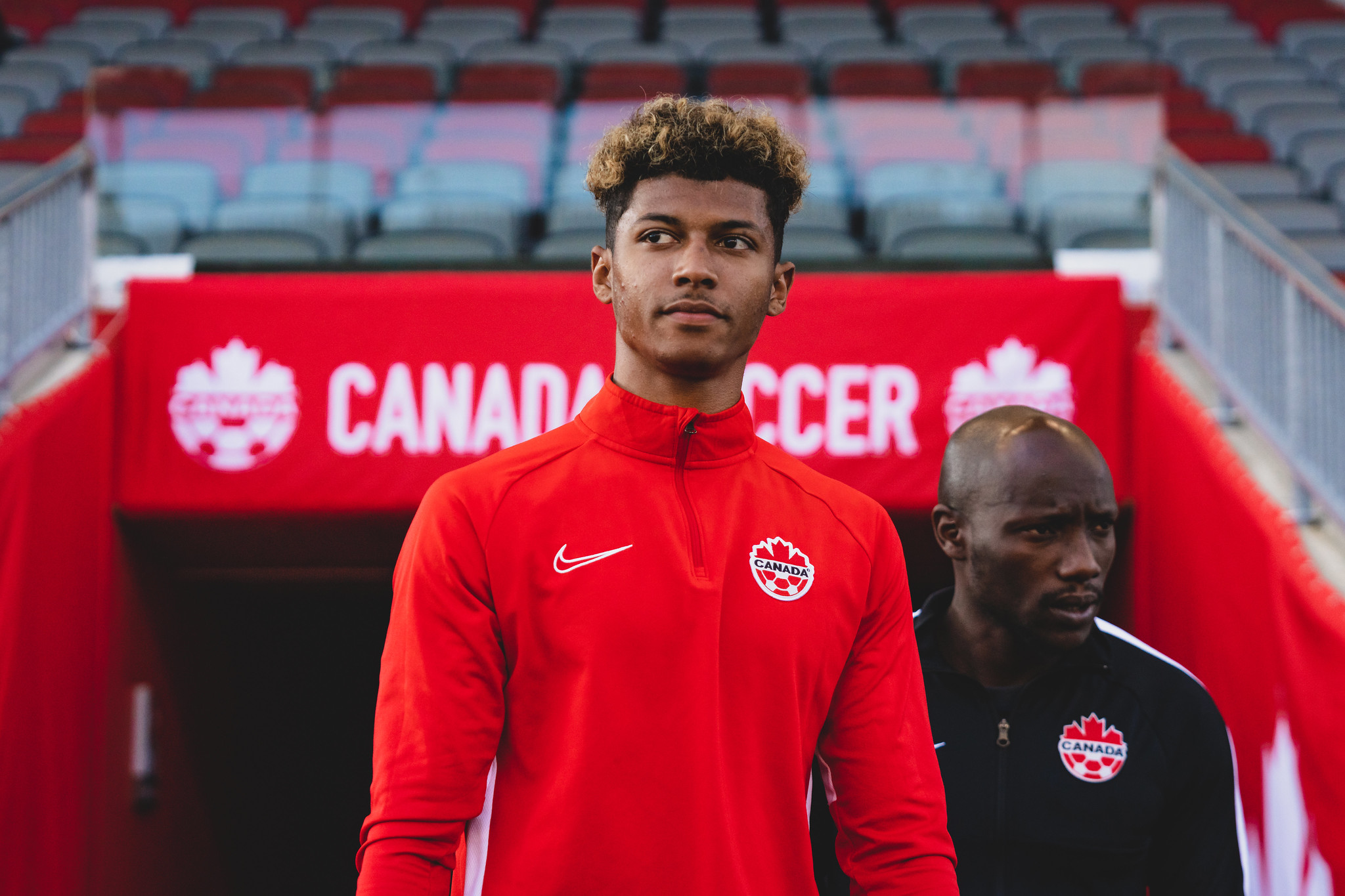 Because of that, while you might worry about their overall performance across the season, you’d like to imagine that they can carry some of that late form into 2022-2023, proving that they can belong in the top flight.

Plus, most importantly, it looks like Brym could play a key role in Rotterdam’s ability to do so. It’s too early to see how he’ll integrate into Rotterdam’s squad, as he must go through preseason and prove himself to his coach, Henk Fraser, but on paper, there’s a lot to like.

For example, it’s worth noting that Rotterdam were actually second-last out of 18 teams in the Eredivisie in goals for this season, but seventh in goals against, suggesting that their issues were more with their lack of ability to score goals, instead of their ability to keep them out of their net.

And for Brym, that’s key, given that he scored those nine goals and one assist, which on a Rotterdam team who had no one score more than five goals this year, could go a long way, even if the jump up a division causes his numbers to slightly regress.

The only worry will be about his potential fit in the squad, as he played as a sort of inside forward for Eindhoven in a 4-3-2-1, a role that doesn’t really exist in Rotterdam’s 4-1-4-1 from this season, but it's also important to remember that A) Brym can also play as a striker and on the wing, and that B) Fraser could adapt his set-up based on Brym’s arrival, among others.

Therefore, other than those small concerns, this looks to be a good opportunity for Brym, one that could really be a big step up for him, allowing him to take another leap forward in his career.

Could he find his way into Canada’s Qatar plans?

From there, things could really open up for Brym with the CanMNT, who as seen with this latest call-up, are clearly keeping a close eye on his progress.

Because of that, this move has really made him a potential wild-card to keep an eye on ahead of Qatar. Ahead of the start of the 2021/2022 season, that might’ve seemed far-fetched, but given what he accomplished since then, even earning a CanMNT nod in October of 2021 as Canada dealt with injuries, he’s clearly on the cusp already.

If he can continue to find form at the top Dutch division, there’s no reason why he can’t burst into the picture. Given his positional versatility, which allows him to play anywhere in a front three, as well as his ability to both create and score, that makes him a perfect fit in John Herdman’s flexible tactical systems, which is a positive.

Especially given that Herdman is going to need as much versatility as possible in his World Cup squad, no matter if it’s 23 or 26 players, any players who can fill multiple roles will be valuable, something that does play in Brym’s favour.

It won’t be easy for him to crack the forward group, as there is currently a logjam of players competing up front, but thanks to his versatility, that could give him an edge over some of the other names, especially if he’s consistently getting minutes and contributing in the Eredivisie.

As seen with the rise of FC Basel’s Liam Millar this past season for the CanMNT, Herdman values players playing regularly at a high level, so given Brym’s similar path to a top league, Millar’s journey to the CanMNT is a great example for him to emulate. You can never have too many in-form forwards, especially not ones playing at a high level, meaning that it will be hard for Herdman to ignore him for Canada if he keeps up his good play.

So look for Brym to add to his six caps and one goal for the CanMNT real soon, continuing his recent rise, one that could very well put him on the plane to Qatar, if all continues to go right for him going forward.

Big for him considering that FC Eindhoven just missed out on promotion, but shows how good of a year he had in the 2nd division (9G, 1A)

That could have big #CanMNT implications for him https://t.co/Amniusvev1