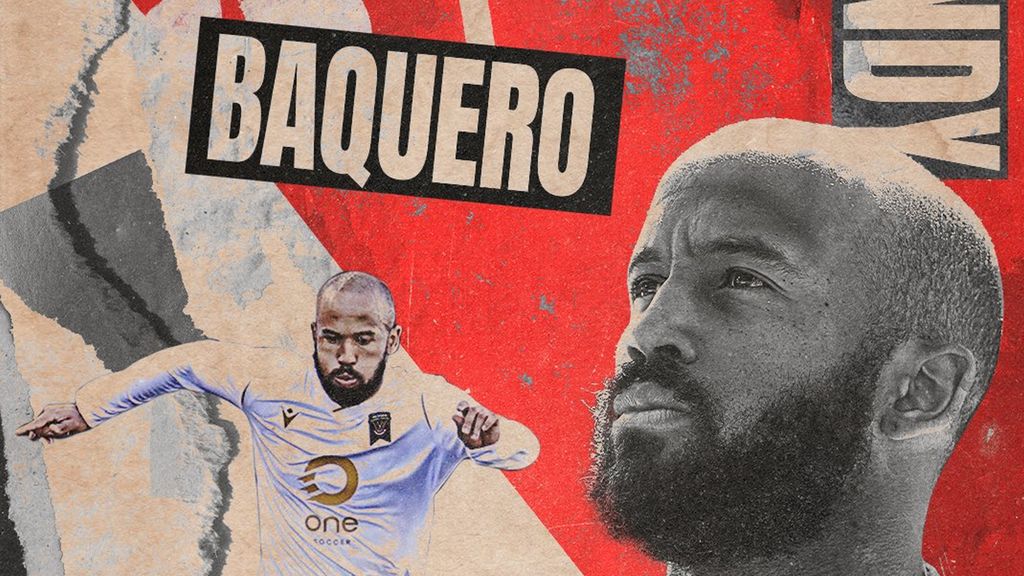 TORONTO –  Andy Baquero isn't your ordinary footballer – far from it.

You may know the 27-year-old as Valour FC's starting right-back, a bombastic wide option that brings grit to the Winnipeg backline.

What you may not know yet is where that grit was born.

Baquero's story begins in his hometown of Havana, Cuba. As a 18-year-old, he took his first professional steps in football with La Habana, playing a total of six seasons from 2013 to 2019.

Add in a few brief stints with Villa Clara and Pinar del Rio, and Baquero had seen most of Cuba from the touring team bus.

Internationally, Baquero represented Cuba at all age ranges, most notably playing at the 2013 FIFA U-20 World Cup in Turkey.

Add 29 senior caps and five international goals to his tally, and you've got the making of a bonafide Cuban international.

Life, and football, under the Havana sun

Growing up as a footballer in Cuba presents a few unique obstacle; unlike the rest of the region, the sport of soccer is a clear second in the eyes of the local population.

This is baseball country, plain and simple. If you have pro athlete aspirations in Cuba, chances are, you don't start with a ball at your feet.

"I actually started playing sports as a baseball player," Baquero said, in conversation with OneSoccer.

"That's what my parents, and my brothers all practiced."

So, how does one become a pro footballer in a country obsessed with another sport entirely?

"I can tell you my soccer career was basically luck," Baquero offered, flashing his signature smile. "Some friends said to me one day, 'Hey, wanna play soccer?' and as a kid, of course you say yes!

"In that moment, soccer changed my life." 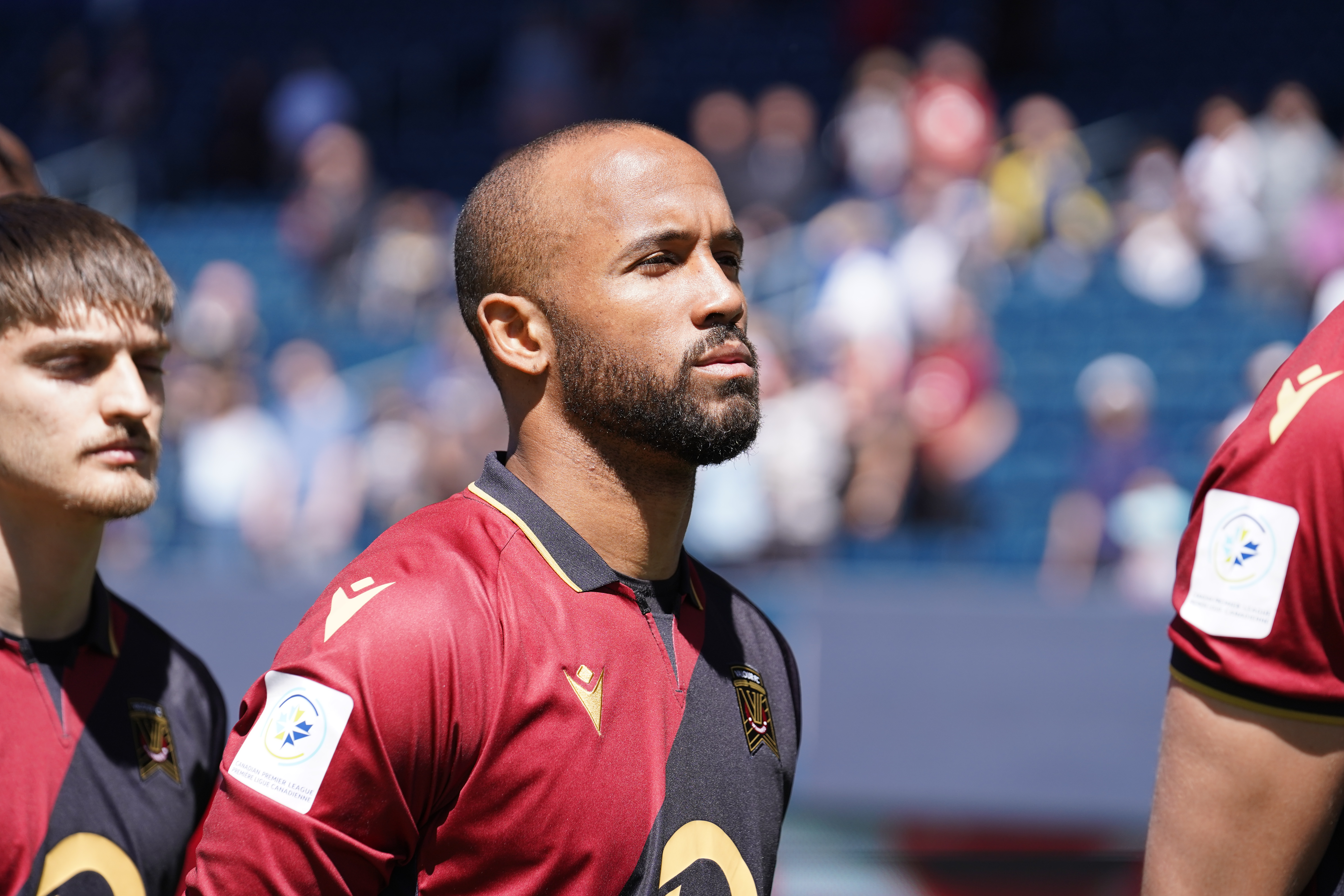 For most of his Valour FC teammates, that sentiment extends only so far as a choice of universities, or, perhaps, to some early career options – a fork in the road, as it were, the luxury of choice.

In Baquero's case, soccer quite literally changed how he lived. Just getting to that point required an ironclad will to keep the fire of his own dream alive, even when weathering the toughest storms.

"At one point, I had just $8 dollars in my pocket," Baquero recalled. "That’s all I had. Life was super complicated.

"Sometimes when we went abroad we had to sell clothes in order to give the little money we made back to our families. There were times where we couldn't even shower and starved.

"In Cuba, if you don't have something to eat, you knock on your neighbor's door and ask for a plate of rice. You don't see that here. I didn't have a lot of basic necessities. Shoes. Clothes. It was very difficult."

Playing your football in Cuba is one thing... but playing abroad? Not quite so simple.

Embracing the culture of Canadian soccer

These days, Baquero is making a name for himself in Winnipeg, both on and off the pitch.

When he's not gearing up for Valour FC, Baquero moonlights as a musician, doing paid gigs at nightclubs, bars, and festivals, with agents in Toronto managing his musical career.

For those who knew Baquero from his days on the Cuban team bus, this is hardly a surprise.

"I was always the happiest and the most active when it came to having fun and playing music with the Cuban national team," Baquero recalls, with a grin.

"On the bus, in the locker room... that's where that new phase was born. It's a side gig now, an extra job on my time off, but I love it." 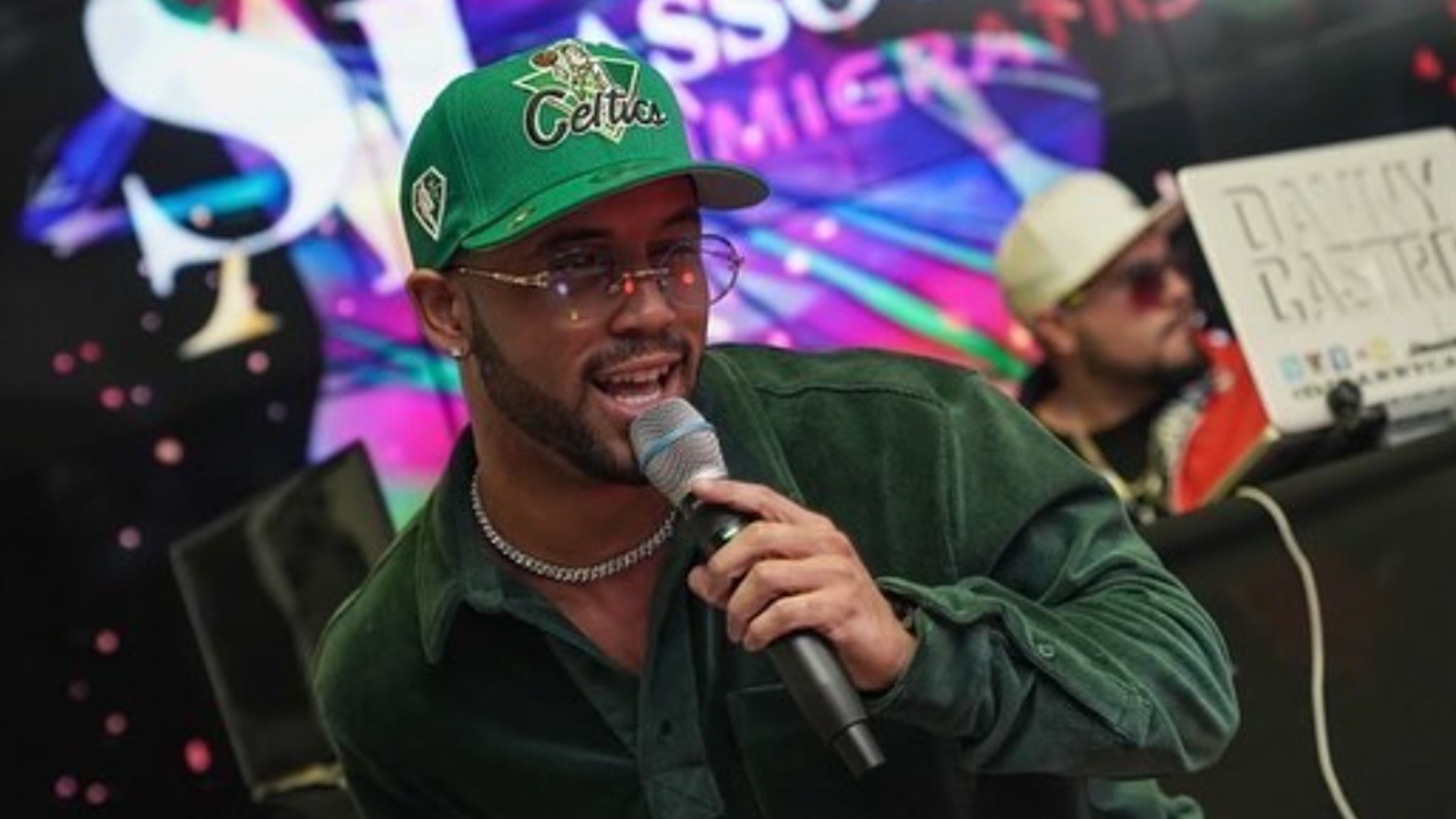 If you see Baquero strolling along the streets of Winnipeg, there's a good chance he's sporting streetwear staples you'd see in Los Angeles or Miami.

When shoes and clothes are a childhood struggle, the choice to splurge? It's well-earned, and much deserved.

"When I started doing music, I noticed how a lot of artists dressed up, and a lot of athletes as well," Baquero explained.

"With my closest friends we wanna dress differently, to set a trend. That's where being a fashionista is born."

Under the surface of his swagger, Baquero is holding out hope for something more.

Of sacrifice and salvation

Since the early 2000's, more than 50 Cuban footballers have defected to the United States in an attempt to further their professional career and improve their quality of life.

Under the old 'wet feet, dry feet' policy in the United States, any Cuban player who set foot in the U.S. was entitled to become a landed resident. Due to this, Cuban players who chose to defect or leave the country legally abroad were not allowed to rejoin the Cuban national team. Salvation, at the cost of exile.

It's a law that ended a few years ago, but change, as it often does, comes slowly.

The last time Cuban players were confirmed to have defected was during the 2019 Concacaf Gold Cup, where four players went missing after matches against Mexico and Martinique.

Daniel Luis who currently is at Rio Grande Valley FC Toros was one of them. He hasn't been called up again. Neither has Osvaldo Alonso, who defected in 2007 and went on to have an extremely succesful MLS career with the Seattle Sounders, Minnesota United and, now, Atlanta United.

Jorge Corrales of FC Tulsa and Dairon Reyes of Inter Miami II have been called up as recently as this month, however, signalling the potential for change.

The world has gotten smaller, and bigger all the same.

As for Baquero? In 2019, he applied for asylum and was accepted as a refugee in Canada. He now faces a 8-year ban from the national team and is not allowed to return home until 2027.

It's not right, Baquero affirms.

"When in Cuba, I always advocated that these players, who are called 'foreigners,' could keep playing for Cuba," he explained. "That would bring a total change, and a lot more competition within the national team.

"I hope they continue to expand this without excluding players like myself who took the decision to escape Cuba. I suffered a lot for the national team."

A return to the national team fold brings personal reward, too; a chance to return home.

"The only real justification to return to the national team is so I could re-enter my country before the 8-year ban," Baquero explained. "That would be the only way."