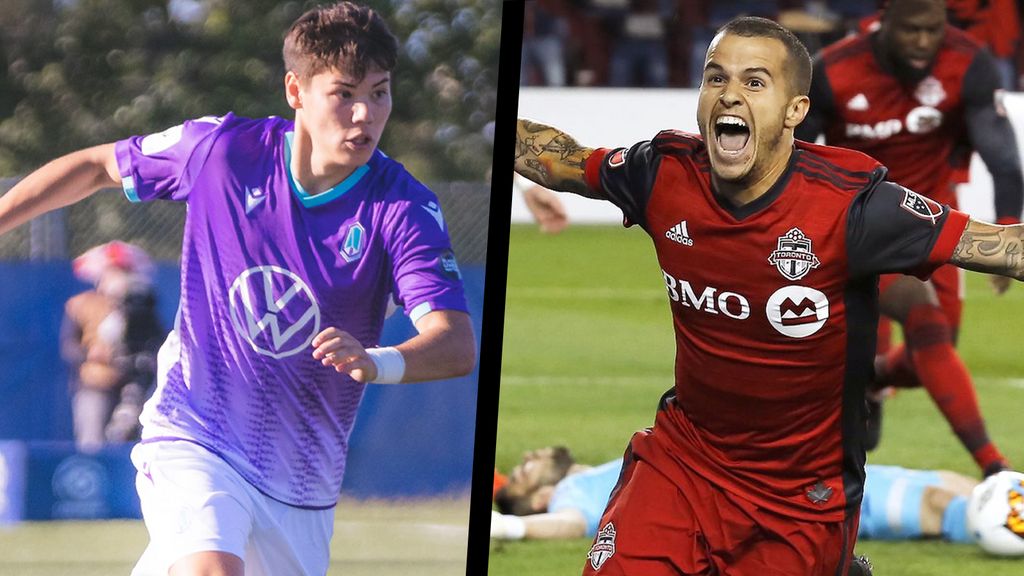 TORONTO – Toronto FC's revamp is in full swing, with the Reds announcing their 2022 pre-season roster - the first under new head coach Bob Bradley - which featured a few surprises on the list.

Chiefly, club icon Sebastian Giovinco will be training with the team down in Irvine, California, though the club confirmed it has not signed a deal with the Atomic Ant at this time.

But, while rumours of Giovinco's return have been rather present of late in the centre of the known universe, Kadin Chung's mention comes as something of a surprise, with the 23-year-old Pacific FC right-back currently on trial with the club.

Clearly, Toronto FC has been keeping a close eye on the Canadian Premier League champions, as the Reds also recently signed another member of the Tridents' backline, Lukas MacNaughton.

With the club adding former York United FC assistant coach Paul Stalteri to their coaching ranks, those scouting connections may run a little deeper. Plus, Bradley has never shied away from engaging with young Canadian footballers, having seen through the likes of Mark-Anthony Kaye, Quillan Roberts, and Raheem Edwards during his time in the City of Angels.

Toronto named a total of 34 players, including 20 players currently on the club’s first-team roster and eight members of Toronto FC II (below).

Among the names not present? Jozy Altidore, who's exit saga continues with little update, and Lorenzo Insigne who is, of course, still with Napoli until the summer.