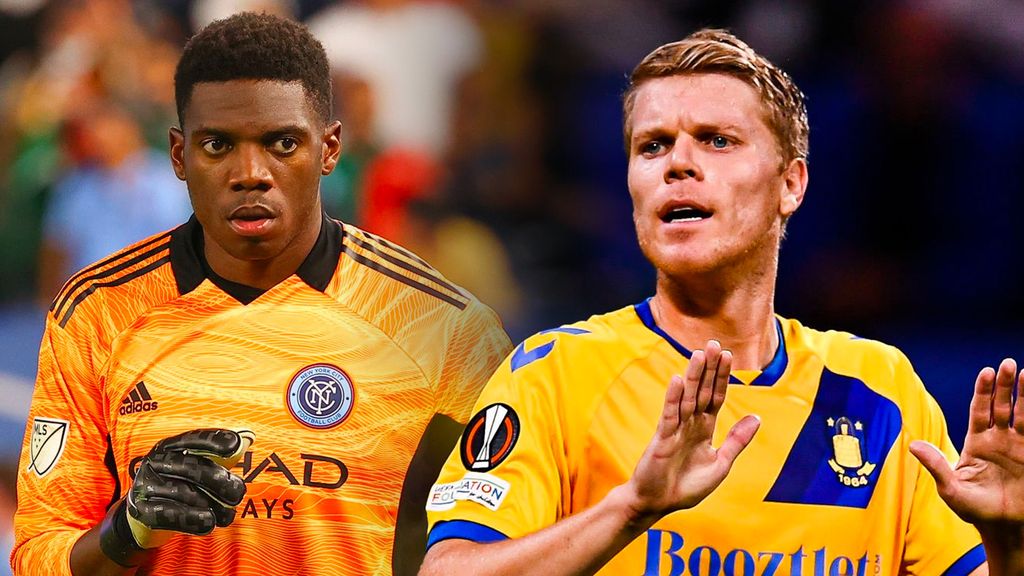 Johnson, who is currently an MLS free agent and is also reportedly in conversations with NYCFC regarding a possible re-signing, was recently spotted attending a Toronto Raptors game as he and his representatives met with the Toronto FC brass in Toronto.

The 10-times capped USMNT goalkeeper has featured more than 200 times for NYCFC since joining the club out of the Chicago Fire in 2017, and would represent an upgrade to a position of need, as the Reds parted ways with both Quentin Westberg and Alex Bono in the off-season.

🏀 Positive sign to see Sean Johnson and his girlfriend attend the Raptors game today, as part of his visit to Toronto to meet with TFC and tour the facilities.

In November, Matt Hedges and his wife attended a Leafs game on his free agent visit before signing with TFC.#TFCLive pic.twitter.com/6YGkqLWwnl

Meanwhile, Rosted, 28, is reportedly set to join the Reds in San Diego for pre-season, with the 6-foot-2 centre-back fitting the bill in terms of Toronto's backline needs, though Buffery makes clear the club has yet to confirm any reports regarding the Brøndby defender.

As Toronto enters preseason ahead of the 2023 MLS campaign, the club will continue to retool, with head coach Bob Bradley recently admitting that a 3rd star Designated Player is unlikely to be in the cards. As such, a young DP could be the next major acquisition for Toronto.