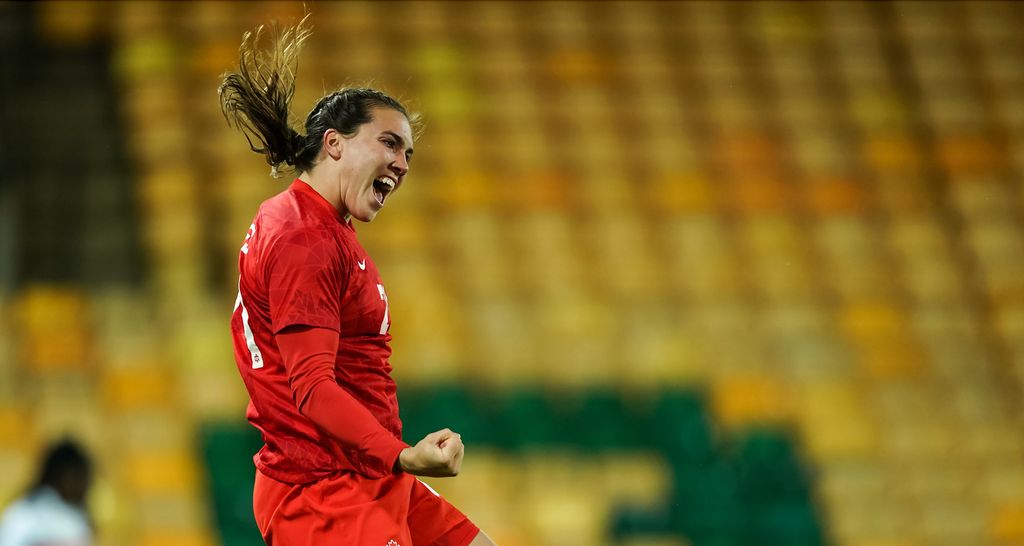 Shortly after the departure of a CanWNT defender from Olympique Lyonnais, could another be set to now join the famed French side?

According to reports out of Lyon, it appears that could very well be the case, as it’s reported by local outlet Le Progrès that Canadian Vanessa Gilles is set to transfer to the club this week, joining from NWSL side Angel City.

Despite having transferred to the NWSL expansion side for an undisclosed fee at the beginning of the year, making 13 appearances across all competitions for the club in 2022, it’s reported that due to a recent major injury to Griedge Mbock Bathy, Lyon has looked to bring in reinforcements at the back now, with Gilles's name quickly jumping to the top of that list of potential replacements.

Having already lost five-time Champions League winner, the CanWNT’s Kadeisha Buchanan, via a transfer to Chelsea earlier this summer, the loss of Mbock Bathy has made Lyon turn to the transfer market for a solution, as they look to shore up their depth beyond Wendie Renard at centre back.

And in Gilles, they could be set to acquire the services of one of the best in the world to do that, as the 26-year-old Canadian has turned all sorts of heads over the last couple of years, going from late bloomer to a regular starter for club and country.

After breaking through in France with Bordeaux, who consistently threatened the Champions League places in D1Arkema while Gilles was at the club, she seemed to take a further step forward this year with Angel City, where she was a marquee signing for the new team, playing a big role for them at the back.

But that was unfortunately derailed this summer, as a nagging hip injury has seen her not play for her club since June, with her last game coming in July, when she played for Canada at the CONCACAF W Championships.

Now, it looks like that next match could come back in D1Arkema, however, as she gets set to join a Lyon side who is looking to defend a league title and Champions League crown this campaign.

Ahead of the 2023 World Cup, where Gilles is likely to play a big role for Canada alongside Buchanan at centre back, that would be a big move for the Ottawa native, giving her a chance to really find her legs ahead of that tournament.

Therefore, while it’s still unclear what the timeline is on her hip injury, given that she missed out on the most recent CanWNT camp to nurse it, seeing that she appears to already be on her way to Lyon to complete this deal, it seems a matter of when, not if, that she’ll see the field for Lyon.

Other than the hurdle that is negotiating a transfer fee, as Gilles is signed through the end of 2022 with Angel City, where she also has an option for 2023, it appears that all that’s left is to finalize the deal, marking the latest exciting transfer in a fun year of them for CanWNT players.