Could we soon see Jonathan David playing under the iconic lights of Old Trafford?

It seems there is no shortage of suitors interested in the Canadian striker right now, as David has enjoyed a hot start this season with Lille OSC in Ligue 1. But one club has seemingly been more dogged in their pursuit of the 22-year-old – English outfit Manchester United.

First linked to him in the summer, the Red Devils continue to monitor the Canadian star as he adds to his tally of nine goals and three assists week over week in France.

Come the opening of the January transfer window, that interest could quickly become talks between clubs, accelerated should David enjoy a strong FIFA World Cup campaign to round out 2022. David is expected to play a starring role for Canada in Qatar, and should he challenge for the scoring lead there as he does in Ligue 1, there may be multiple bids for his services come the new year.

Then there's Cristiano Ronaldo. The Portuguese superstar has endured an up-and-down season of his own making, having scored just one goal in over 500 Premier League minutes, all while keeping one foot firmly out the door should a Champions League contender come knocking for his (albeit expensive) services.

That's less than ideal for a Manchester United project seeking commitment to rebuilding a once-great empire of football.

So, is it time to scour the globe for Ronaldo's replacement ... and might that just be Jonathan David? 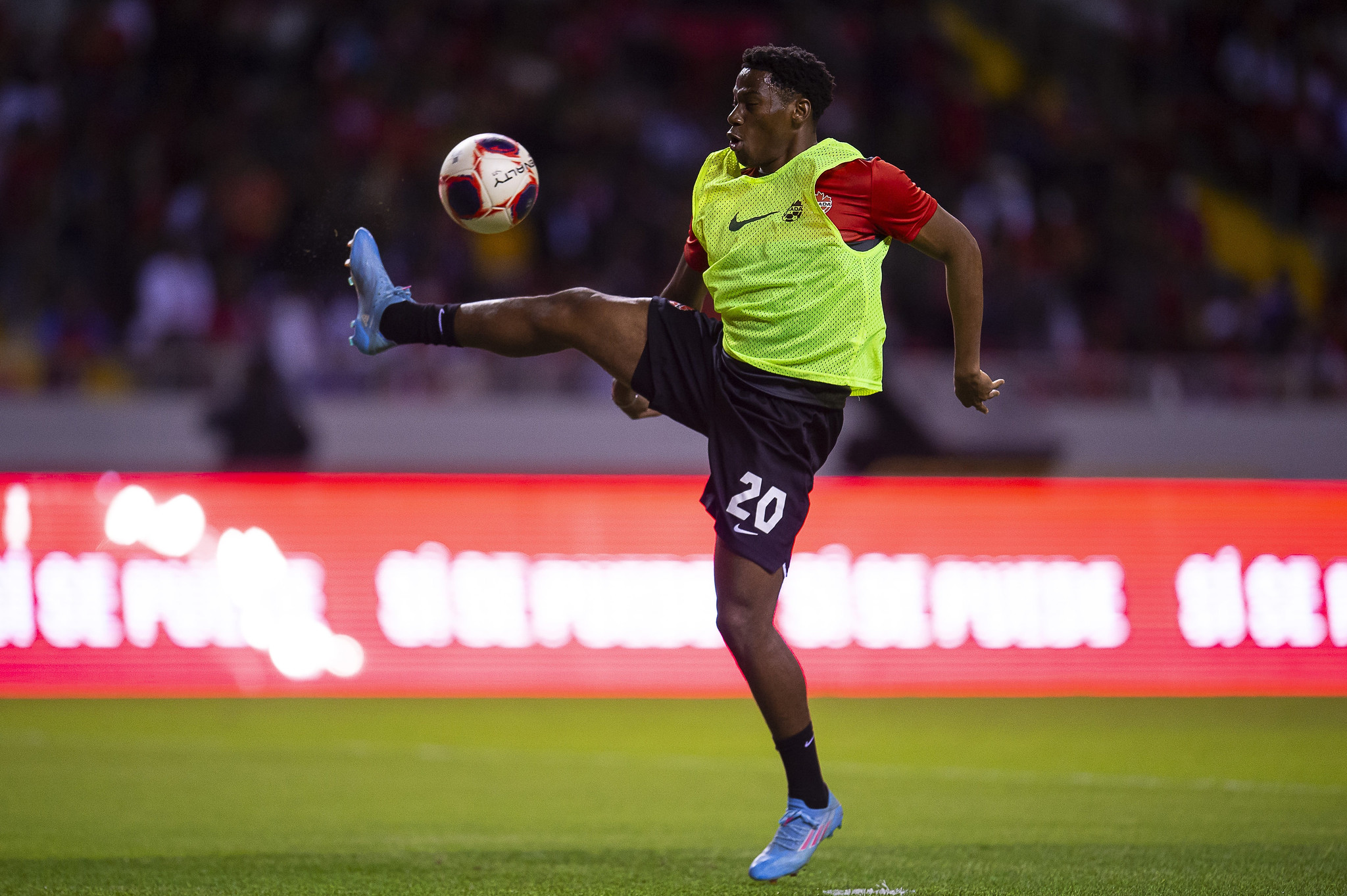 Manchester United have gotten off to a decent start to life under new manager Erik ten Hag, who came over from Ajax this summer. They currently sit fifth in the Premier League (7W-2D-4L), and progressed to the Europa League knockout stages. They've scored 27 goals in those two competitions, conceding 16. Not bad at all.

Built on a foundation of solid defensive play, ten Hag's side has become a unit that can frustrate opposition sides. Yet, United have lacked their usual punch up top this season; while 18 league goals is nothing to scoff at, it is also third-last among teams in the top half of the Premier League. Their competition is largely proving more potent.

Perhaps that's due to their lack of a main offensive threat up front. United's current top scorer is Marcus Rashford (4 goals), with Antony (3), Bruno Fernandes (2), Jadon Sancho (2) and Anthony Martial (2) the only others on the score sheet with more than one goal to their names. While each is a solid attacking piece, they tend to be at their best when playing off a true no. 9, instead of being the no. 9 themselves.

Manchester United could certainly use a natural no. 9 right now. They don't have to be an out-and-out poacher, but they'd certainly welcome a player who can be dangerous in and around the box in a 4-2-3-1 without having to break the bank.

Jonathan David checks all those boxes.

There's no doubt that United needs a proper no. 9 – and preferably one who can get his teammates involved in the play, too – but where does Jonathan David fit into that discussion?

Pretty well, it turns out.

His numbers look good on paper – nine Ligue 1 goals are quite nice, just two behind Neymar and Kylian Mbappe. Add to it three assists for good measure. Beyond that? There's been a lot to like about David's style of play.

For example, as per FBref, David ranks in the top 12 percent of Ligue 1 attackers for non-penalty Expected Goals (xG), shots, assists, expected assists, and touches in the box, as well as top 20 percent in shot-creating actions and goal-creating actions. Defensively, he's in the top 30 percent in tackles won, dribblers tackled and top 35 percent of interceptions, staying relatively active up top.

David is doing a great job of consistently creating chances and getting into dangerous areas – exactly what you want from a striker.

As has always been the case with David, he's doing well to remain extremely unselfish as a no. 9, always ensuring that he gets teammates involved in the build-up instead of turning over the ball on a non-ideal selfish movement. That, plus his top-tier defensive rate, makes him a complete package.

It's one thing to be finding the net at the rate he is, but it's another to do so while excelling in all areas of the game, all while playing with his unique eye for a one-touch finish requiring dynamic movement and excellent trajectory control ... and in a 4-2-3-1, no less.

Is it the right time for a move? 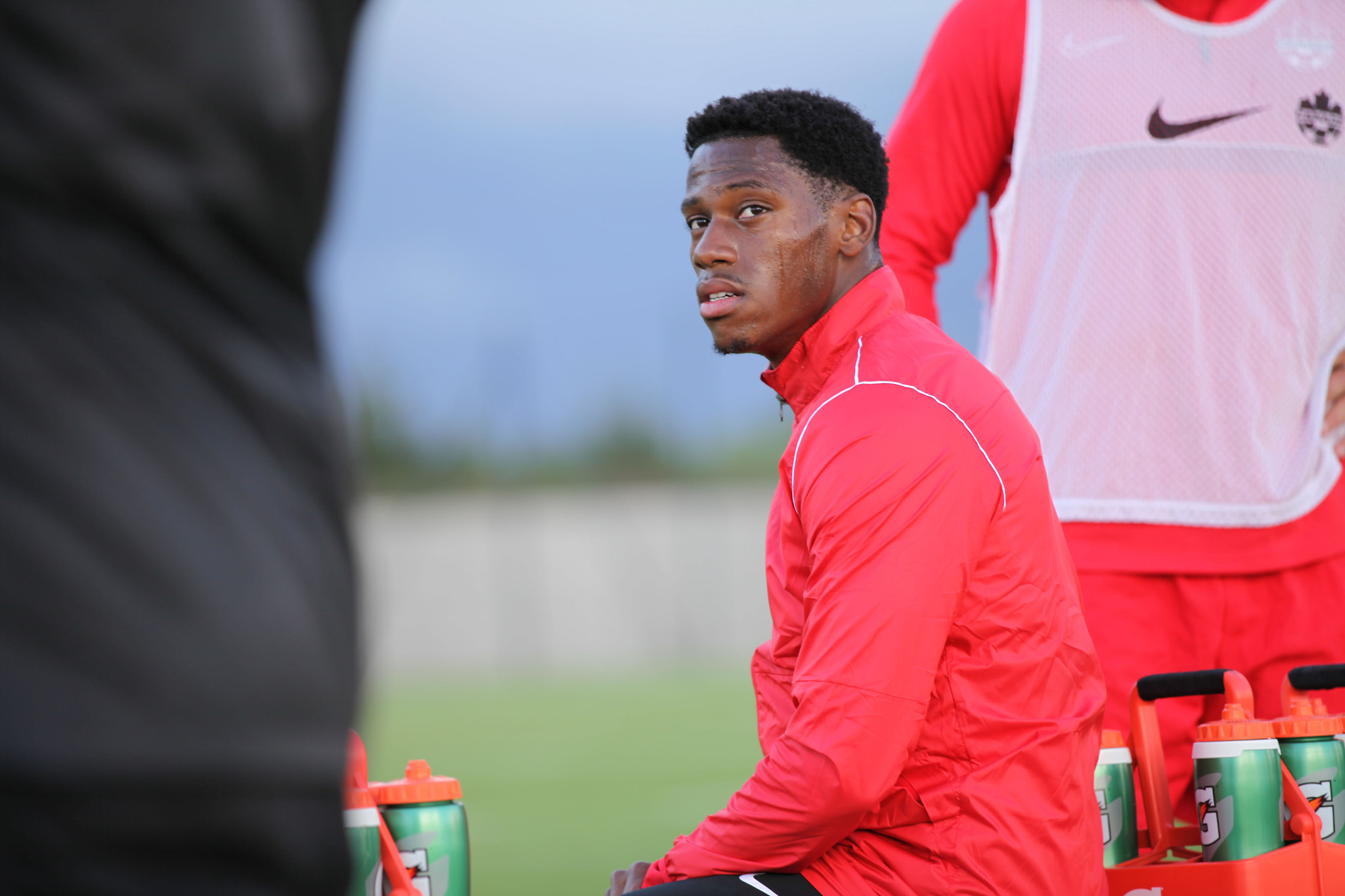 Yes, it's exciting to ponder a potential David move given the hype surrounding his name, but it is also worth noting that this isn't the first time this has happened to the Canadian striker over the last few years.

In his first season with Lille back in 20-21, a strong end to their title-winning campaign saw David score 11 goals in 18 games, ramping up the hype. But having just moved to the club and also endured a lengthy slump at the beginning of the year, he stayed on board for the next season to prove that it was no fluke.

That decision proved a masterstroke of a move for him and Lille, as he scored 16 goals in his follow-up campaign before the new year, including 12 Ligue 1 goals and 3 Champions League goals, further accelerating the buzz surrounding his name the year prior. Those numbers put him in the company of Karim Benzema and Robert Lewandowski.

But ... he then scored just three times in the new year, dealing with another lengthy slump like the one that dogged him at the beginning of his first season, fizzling that interest and leaving him to stay for this third season despite more rumours ... and despite helping Lille OSC win the Ligue 1 title, too.

So, while this latest streak is exciting, might clubs be a little wary given his history of past slumps?

Perhaps in time that caution would prove to be short-sighted. He's already a goal away from making it three straight Ligue 1 campaigns with double-digit numbers, despite playing on a Lille team that hasn't been much of an offensive juggernaut over the past three years.

Now up to 41 goals in 110 games with the club, at a certain point, the overall body of work needs to be considered.

Jonathan David is REALLY on fire 🔥

Make that a Ligue 1-leading 9 (!) goals for the Canadian, who has scored a brace for Lille today vs Strasbourg

Yes, you can read that correctly - a Canadian leads Ligue 1 in scoring right now

All this for a team that's finished as low as 10th and as high as first and gone through managerial changes and system swaps and plenty of player turnover ...  let's not forget he's got 22 goals in 34 games for Canada at just 22 years old, good for 2nd highest all-time.

With a goal or two (or five, please!) at the World Cup, scouts could be encouraged to turn their interest into bona fide offers come January.

Manchester United should certainly be among those suitors.