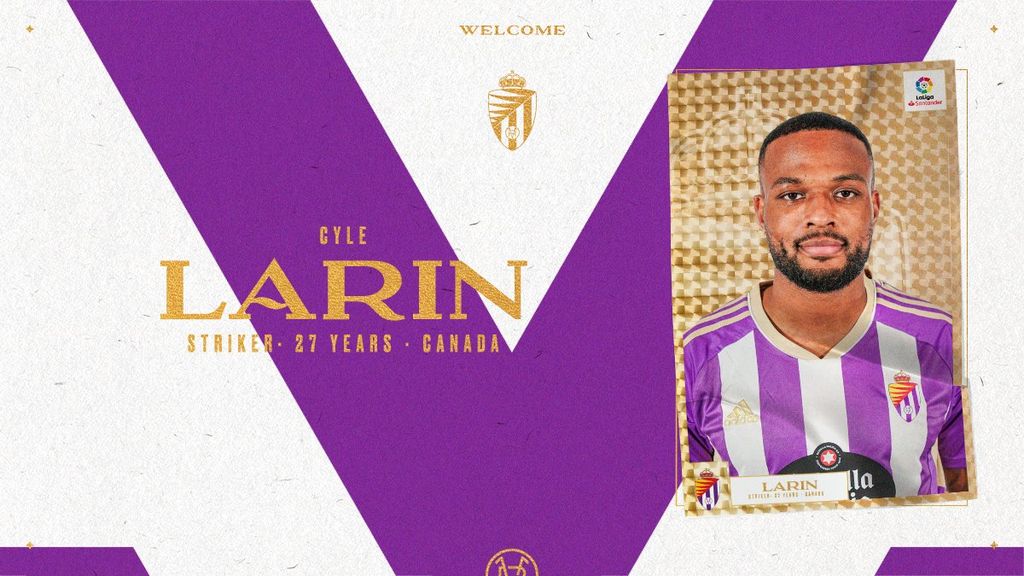 The 27-year-old Canadian striker joins the La Liga outfit on a loan to the end of the 2022-23 season, with a club purchase option following suit. Larin will look to rediscover his best form after cold spell at Brugge.

La Liga outfit Real Valladolid announced Tuesday the club has signed Canadian international striker Cyle Larin out of Club Brugge, bringing on the 27-year-old on an initial loan through to the end of the 2022-23 season, alongside a club purchase option for that time.

Larin brings with him 97 goals over 250 appearances across his time at Sigma FC, Orlando City SC, Besiktas, Zulte Waregem and, most recently, Club Brugge in the Belgian first division, alongside a CanMNT-record 25 goals in 58 international appearances.

✍️ We are delighted to announce the signing of striker Cyle Larin. #CyleLarinBlanquivioleta pic.twitter.com/OsaDQZinua

The former Besiktas striker scored his first and only goal in 10 games for Club Brugge back in September against Seraing but had not featured for the Belgian side under new manager Scott Parker this year, nor was he been named as a substitute. It's a stark constrast to his form for Canada, where Larin notched 17 goals in 27 games over the last two years for Les Rouges – and finished as the world's top goal-scorer in FIFA World Cup Qualifying as a result.

Larin will now hope to rediscover the rich vein of form that earned him so much praise and admiration in Turkey with Besiktas, particularly in 2021 where he scored 23 of his 39 total goals for Besiktas.