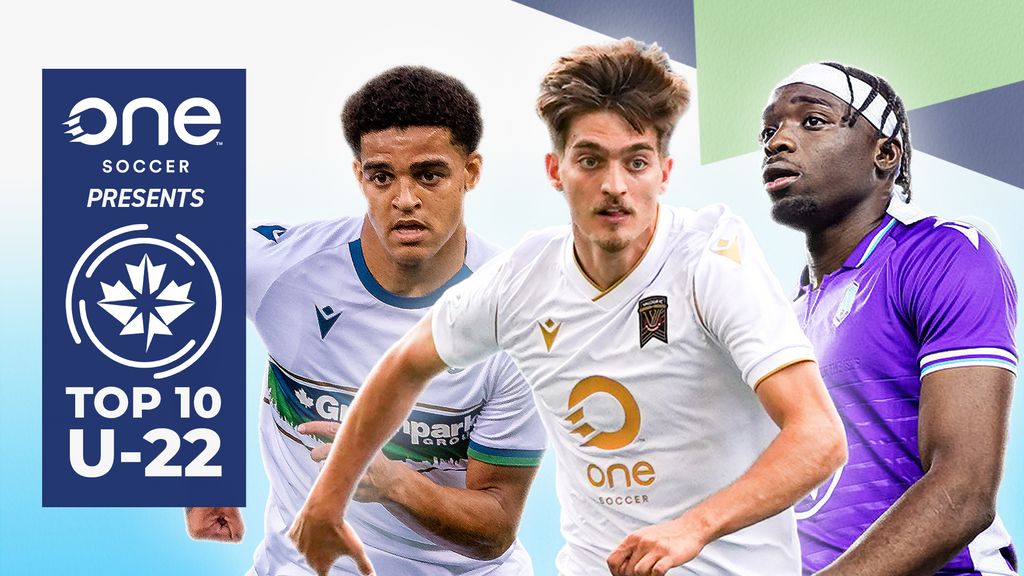 It's a good day to be a young footballer in Canada.

The birth of the Canadian Premier League has given youth talent unprecedented access to pro soccer opportunities – and they've grasped it with both hands. Over 20,000 minutes have already been handed out to Canadians born in 2000 or later already this season, with the league certainly living up to its official mandate to provide as much playing time as possible to the Canadian soccer stars of tomorrow.

That opportunity has also bore fruit, as several of those contributors secured big transfers to other leagues; Victor Loturi signed for Ross County, Aribim Pepple headed to Luton Town, and Lowell Wright was scooped up by the Vancouver Whitecaps, each helping pave the road to greater glories from our coastal shores.

As such, it's only fair to imagine that there will be several more young Canadian footballers following in their footsteps this winter too, continuing the CPL's development into a circuit that consistently develops and moves talent.

With all that in mind and drawing inspiration from Major League Soccer's own '22 Under 22' series, OneSoccer is proud to present our ranking for the Top 10 young Canadian footballers worth watching in 2022:

Losing Kadin Chung to Toronto FC over the off-season could have proven a huge blow to the Pacific FC backline.

While it was a great move for both the player and the league, Chung left behind a significant hole at right back for the defending champions, who had grown to rely on his contributions at both ends of the field.

But while it was a tough move to stomach, the Tridents already had a replacement lined up in Kunle Dada-Luke, who, after impressing in spurts in 2021, has become one of the best at his position in 2022.

Able to fly up and down the field, the 22-year-old has been a key piece at both ends for Pacific, making 24 appearances across all competitions, nabbing one goal and two assists.

A great crosser of the ball, his combination of speed, size and technical ability will translate nicely to the next level, as his two-way ability will be seen as an asset for teams looking to sign him.

Kunle Dada-Luke opens the scoring for @Pacificfccpl at Starlight Stadium

It's been a tough season for FC Edmonton, but that doesn't mean they haven't had any bright lights – arguably none as bright as Wesley Timoteo, the 22-year-old loanee from HFX Wanderers FC.

In this, his first season in the CPL, Timoteo has wasted no time in proving himself as a creative force in the league, racking up two goals and six assists in 25 games. Despite playing on a team that many expected to struggle offensively, he's helped them become a team that's actually fun to watch offensively, taking over games on occassion.

Playing in a unique wide attacking midfielder role, he's able to influence games in many ways, which is why it's exciting to imagine what he'll do in the future – no matter if that's in Halifax, or elsewhere.

With more than 50 appearances for York United under his belt, it's easy to forget that Isaiah Johnston is just 20 years of age.

Yet, that itself is a testament to the young and highly-toued midfielder, who has proven himself a mainstay since his debut in 2020.

This year's been no exception either. Despite York's struggles in the first half of the season, Johnston has been a bright light for the Nine Stripes, scoring one goal and nabbing three assists in 21 games across all competitions.

As a bonus, his sole goal came against none other than the Vancouver Whitecaps in the Canadian Championship, showing his ability to step up in big moments.

The sky's the limit for the former U-SPORTS standout, who is looking to follow Loturi and Joel Waterman as the latest Canadian University players to make a big step to that next level.

GOAL! 🇨🇦 Isaiah Johnston gets one back for @yorkutdfc!#CanChamp pic.twitter.com/7Yc6nfwqW2

A hometown kid on his hometown team, Sean Young has been a poster boy for player development in the CPL, making his first foray into the professional game while not having to leave far from home.

Just 20 years of age, he already has 60 appearances for Pacific FC – including 23 this season – scoring a goal and playing a big role in the success of the defending champions, who have grown to rely heavily on the youngster.

A big body, he has strong technical ability for a player of his stature, and can influence the game in both boxes, something which scouts will love when they assess his ability to take that next step forward.

Sean Young opens the scoring with a lovely volley finish, giving @PacificFCCPL a 1-0 lead over @FCEdmontonNow near the end of the 1st half#CanPL | 🔴 https://t.co/7JFAUhgjL6 pic.twitter.com/MbvpfBcpnZ

All Woobens Pacius has seemingly done since coming to the CPL has been scoring goals left, right and centre.

This season has been no exception for the 21-year-old, who, as of writing sits tied for third in the league's Golden Boot race with 10 goals, while adding a tally in the Canadian Championship for good measure.

Add to it his 55+ appearances and the the seven goals he notched in his first season last year, and you've got a player who's all but proven his keen ability to find the back of the net.

As a result, many are wondering if the former CF Montréal academy graduate could make the jump back to MLS soon. Given his track record and his continued growth in his all-around game, it only feels like a matter of time before that happens.

It's not often that players score a championship-winning goal before the age of 22, yet that's what Hojabrpour did last year, scoring the winner in Pacific FC's win over Forge in the 2021 CPL Final en route to being named the CPL's U-21 Canadian Player of the Year.

Since then, a lot has changed for the BC-born 22-year-old, who traded the colours of his semi-local team for that of the team he helped beat in that final (to the chagrin of the Vancouver Island faithful).

It's proven a sound decision for the young midfielder, though, as he's played over 2,000 minutes for Forge this year, which include forays in the CONCACAF Champions League for good measure.

Along with his two goals and one assist, Hojabrpour has enjoyed a solid campaign in the Forge midfield, and has begun garnering a reputation for his strong defensive play and good ball progression, two elements that teams at the next level will always be excited about.

There aren't many goalkeepers who rack up 40 professional appearances before their 22nd birthday, but 21-year-old Jonathan Sirois is one of them, having been a rock for Valour FC over the past two years.

One of many in CF Montréal's CPL loan army, he's been a shining light for the team this year, keeping five clean sheets in 18 games this year. This, after having kept nine clean sheets in 24 games last year, when he won the league's Golden Glove award.

Because of that, it feels like a matter of when, not if, Sirois becomes the main guy between the sticks for Montréal, having certainly proven his stripes in the CPL.

With his quick reflexes, strong positioning and ability to save penalties, he's got the fundamentals to make that jump up.

You thought three goals and a red card were enough from this first half?

How about a LATE penalty for @PacificFCCPL, ANOTHER Jonathan Sirois save from the spot, a GOAL by Matthew Baldisimo... and then the referee calling it a off? 🤯

The 21-year-old has quickly become one of the best centre backs in the CPL over the course of his two years in the league, despite playing on a Cavalry team filled with veteran experience across the backline.

He's beaten out the competition and carved out a key role in their backline, playing 24 games in all competitions this year, adding to the 28 he played last year.

A threat in the box at both ends of the pitch – as exemplified by his one goal and two assists this year as well as Cavalry's strong defensive record – Yao is also athletic and strong with the ball at his feet, ticking all of the boxes you'd look for in a strong, modern centre back.

There's a reason why his coach, Tommy Wheeldon Jr., will tell anyone who listens that he'll play for the CanMNT one day, showing why Yao's future is expected to be so bright.

You might be having déjà vu to learn that there's another De Rosario racking up goals for a Toronto-based team.

And, just as his father did for Toronto FC a decade ago, Osaze De Rosario has been putting up strong numbers for York United this season.

In his first season in the CPL, the 21-year-old forward has taken the league by storm, wasting no time in getting his feet underneath him after his move from the Ukrainian league.

In 25 games, De Rosario boasts 11 goals, good for second-most in the league to go along with four assists.

Despite playing on a team that has struggled to score goals all year long – sitting second-last in the league with just 26 – De Rosario has still been involved in over 50 percent of them, showing his ability as an attacker.

Seeing that, as well as his ability to create for himself and his teammates in different positions, it's exciting to imagine what the future holds for the next De Ro, making him one of the best players to keep an eye on in the CPL.

He gives the Nine Stripes a 2-0 lead ⬇️pic.twitter.com/VlWwtjCoyA

Much like no. 3 and no. 4, CF Montréal will be pleased with another loan army member earning high praise, and in the case of 20-year-old midfield maestro Sean Rea, could we sing them any more?

Despite being one of the youngster players on this list as a 2002-born, the attacking midfielder has put together a dominant season with Valour, where he has five goals and eight assists – the latter, a single-season record.

A creative force who can both create for himself and others, Rea proves each week how much he makes Valour FC tick, helping spur a late playoff push with his flair for the spectacular.

There is a sort of inevitability surrounding Rea, though. As he clearly describes, he dreams of donning the blue of CF Montréal, and by now, it's not hard to imagine that's exactly where he's headed next.

There aren't many players with his profile out there, and many of them aren't playing at this level at his age, so it feels like the sky's the limit for Rea, and for good reason.

Once again, the CPL delivering golazos week in and week out.#CanPL