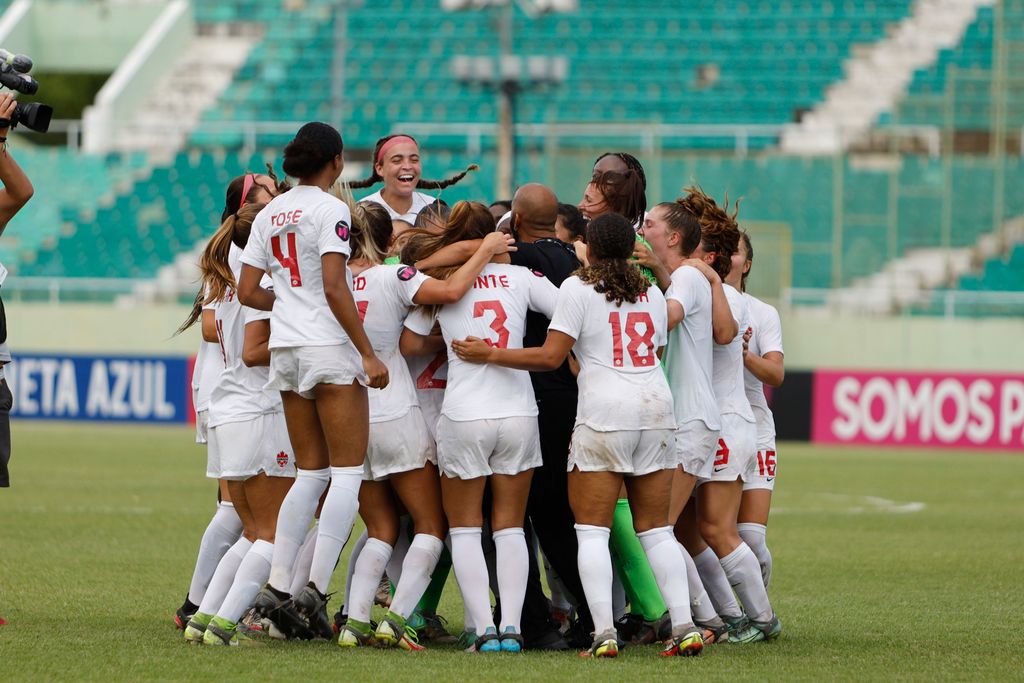 Everything you NEED to know about the Canadian Women's Under-20 National Team ahead of their 2022 FIFA Women's U-20 World Cup adventure in Costa Rica, kicking off this week.

After missing out in 2018, the CanWNT Under-20s are finally returning to the biggest stage, as the team gets set to participate in the 2022 FIFA U-20 Women's World Cup in Costa Rica this month.

Having missed out on the 2018 edition of this tournament outright, Canada ensured that they wouldn't be watching from the sidelines this time around, even if they were left to wait a few extra years due to the pandemic.

After a pretty promising qualifying campaign where they got the job done in trying circumstances, the CanW20 head down to Costa Rica in relatively good spirits, eager to leave an impression on a tournament where they've had mixed memories in the past.

They've seen some pretty good highs, peaking with an appearance in the final back in 2002, but have also seen lows, failing to exit the group in four of the six appearances they've had in the tournament since.

This time, however, they're hoping to at least avoid the fate of being expelled in the group stages before pushing on from there, as they look to continue what has been a very solid year so far for Canada's women's youth programs in tournament play.

Canada eager to make some noise in a tough Group C

If Canada are to achieve those goals, however, a stiff test awaits them down in Costa Rica, where they've been drawn with France, South Korea and Nigeria in a very balanced Group C.

There, they'll have their hands full if they're to be one of the two teams to progress, as while they were fortunate to dodge U20 powerhouses such as the US or Germany, Nigeria and France can still typically be relied on to make the final four, even if they've never fully conquered the mountain that is winning it, while South Korea has also always been full value in this tournament.

Therefore, if Canada is to progress out of the group, they'll have to find a way to overcome three very good nations, as they've arguably been drawn into the group of death.

That'll mean that right from their first matchup against South Korea, they'll have to be ready for a tough challenge, because if not, their tournament can end before it really even gets going.

Plus, should they find a way to progress, they'll likely face off against the US, who ran over everyone in CONCACAF qualifying, meaning that their path towards a potential top-four finish is quite tough, too.

At the same time, that's tournament soccer for you, so for Canada, that should be seen as a good challenge. With a pretty good core of players on the cusp of the senior team, including the likes of Zoe Burns, Nikalya Small, Jade Rose and Olivia Smith, these games will be a good chance to prove that they're ready to make that jump to the senior level ahead of the 2023 World Cup.

Of course, you want to head to these tournaments to win, but considering that Canada missed out on this experience outright in 2018, you can almost be happy that they were given the path that they were here, because, at the very least, they'll be able to take some good learning experiences out of these couple of weeks even if it doesn't end as hoped.

Can Canada find the goals in big games?

Should Canada progress, however, they'll need to sort out one thing for this tournament - goals.

Much like with the senior team, where scoring goals in big games has remained an issue, Canada has gone through similar struggles with this U20 team, as it was their defence, not their offence, which is the reason why they qualified for this tournament.

That doesn't mean that they can't score, as they scored an impressive 29 goals in their first four games of qualifiers, but as soon as they reached the quarter-finals of that tournament, they then only scored three goals in the three games that they played from that point on, with two of them coming from the penalty spot, which is less than ideal.

There is talent up front, with Olivia Smith (7 goals) and Holly Ward (4 goals) both sitting in the top 10 of scoring in qualifiers, but when it came to the big games, those goals quickly dried up, something that they'll hope to avoid to have happen again in this tournament.

The good news is that with Rose at centre back, Burns at full back and Anna Karpenko in goal, among others, Canada will be set at the back, having conceded just one goal in seven games at qualifiers, but you want to get those players some run support.

If not, it'll be hard for Canada to make it out of their group, which considering how well that backline is built for tournament soccer, would be a real shame, making it something for head coach Cindy Tye to ponder as she gets set for this tournament. 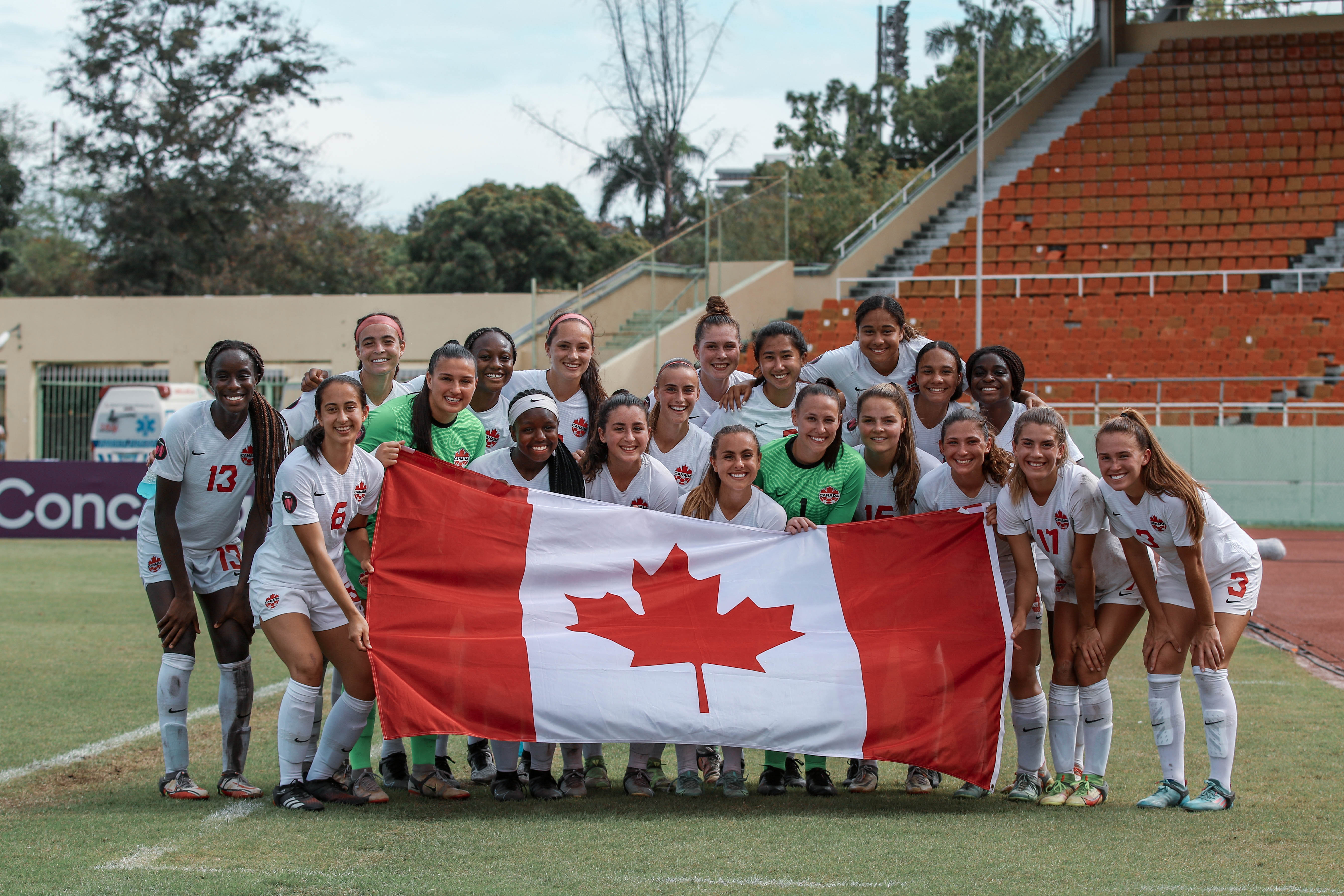 Speaking of Tye, here are three players that she'll look to lean heavily on in this tournament.

As mentioned above, a lot of Canada's success in qualifiers came from their defensive work, so there's no doubt that Rose, holder of two senior caps, is going to have to play a big role at this tournament.

One of the most senior-ready players in this squad, the Harvard centre back played almost every game for Canada in qualifiers, captaining the team whenever she did, showing her importance to this group.

"If we do us better than they do them, the result will work itself out"

Jade Rose previews Canada's 3rd place match against Puerto Rico. The winner of that match will book their spot at the U-20 World Cup.

Therefore, as they get set to head into an environment where they'll be faced off against some solid attacking teams, look for Rose to play some heavy minutes, as she helps Canada try and frustrate opposing teams with their stout defensive play.

If Canada is going to score more goals, chance generation is going to be massive, and in Small, they have someone who can certainly provide it on her day.

Often deployed as a box-to-box #8, she was a key attacking hub for Canada in qualifiers, doing the dirty work required to unlock the likes of Smith and Ward in transition.

Because of that, look for the Wake Forest midfielder to play a similar role this tournament, ensuring that her teammates can get the ball in dangerous areas, while also helping out her defenders whenever possible.

Knowing that Canada has a need for more modern, transitional midfielders long-term, Small is one to watch in the system for a reason, and will look to prove her credentials over the course of this tournament.

In a tournament, you often need your game-breakers to step up, and for Canada, Smith most definitely fits that description, and will hope to be able to provide that edge for them down in Costa Rica.

Still just 18, yet to even play at the university level (she remains committed to Penn State starting in the fall), there's a reason why she made her debut for Canada at just 15 years old, picking up two caps back in 2019.

There was a lot of talk heading into these CONCACAF U20 Championships about Olivia Smith making a statement, so far she's done that

Just take a look at this goal from today

Bigger games to come, but she's been electric through the 3.2 games here#CanW20pic.twitter.com/fg2QZnUI5T

She's yet to return to the senior fold since then, but there's no doubt that she's close, and her goalscoring exploits in qualifiers are a big reason why.

A dynamic winger, one who can score with both feet, and is very dynamic in possession, she has the sort of game-breaking ability that can break games open, and will look to provide that for Canada in transition throughout this tournament.