AlexGangueRuzic
Canada NT
Canada has scored their first men's goal at a World Cup, but a first-ever win for the CanMNT has yet to be achieved. While World Cup advancement is not possible, here's what's left to play for vs. Morocco.

Canada may have been eliminated from 2022 FIFA World Cup knockout stage contention, but there still remains one final test in Qatar.

Having bowed out of advancement after a heartbreaking 4-1 loss to Croatia on Sunday, it's easy to forget that Canada's journey in Qatar is far from over, and that they still have a major role to play in the eventual outcome of the tournament.

With one final group game left to play – a Thursday bout against Morocco – Canada has the opportunity to shape the final outcome of a wide-open Group F, while also looking to continue writing moments of personal history into their record books. Those two motivating factors leave them eager to finish this tournament with a first-ever World Cup win for the men's team.

So, although it's unfortunate that Canada heads into this Morocco match without a chance to add a fourth game to this experience, that won’t mean the'll go out and treat this game like a dead rubber. Instead, they'll look to cap off a memorable year on a high note, while setting the tone for what's to come in 2023 and beyond.

There's history still to be written 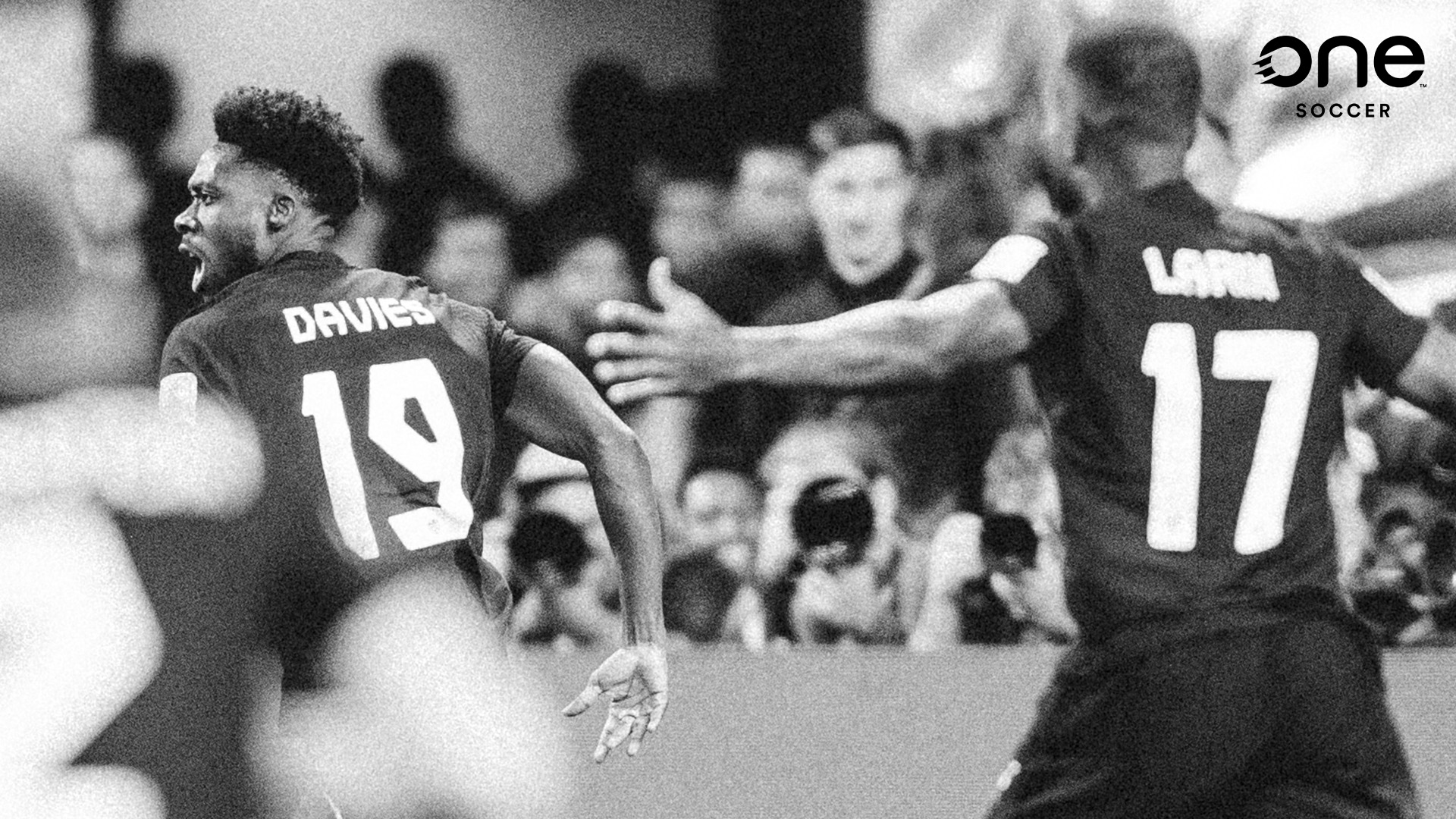 If one thing has become clear over the past few years, it's this: The CanMNT are not ones to be fazed by history.

This group has long set out with the goal of becoming 'New Canada', a team that approaches each task with a mindset not bogged down by fear or limits. Over the last four years, they've become quite adept at setting that tone by being resilient in the face of adversity.

Each accomplishment helped set the stage for a return to a tournament that they only graced once before back in 1986. As such, you figure this team would be eager to do some of the things they failed to do in 1986, such as score a goal, get a win, and advance to the knockout round.

Although they won't be able to do all of those things, Canada can still add to what has already been a historic tournament with a W vs. Morocco. Having finally scored their first goal at a men's World Cup courtesy of Alphonso Davies against Croatia, the next and most obvious mission awaits them.

Would a single point be considered 'good enough' for the #CanMNT at the #FIFAWorldCup?

As they showed against Belgium and Croatia, Canada can compete at this level, even if it's for flashes, with the next step being to figure out how to both sustain that play, as well as clean up the sort of mistakes that teams at this level can torch you on.

Even if it'll be in tough to get any points off this Moroccan team, there’s no reason why Canada can’t head into this game with the belief that they can slow down these high-flying Atlas Lions. After all, a Canadian team that wasn't even supposed to be at this tournament has already defied long odds just to make it this far – why would that belief change now?

So, when Canada heads into this match, they'll be fuelled by the hunger to continue and write pages of their history books. By doing so, they'll continue to set the all-important building blocks needed for what is otherwise a very bright future in this game.

Beginning their next tactical evolution 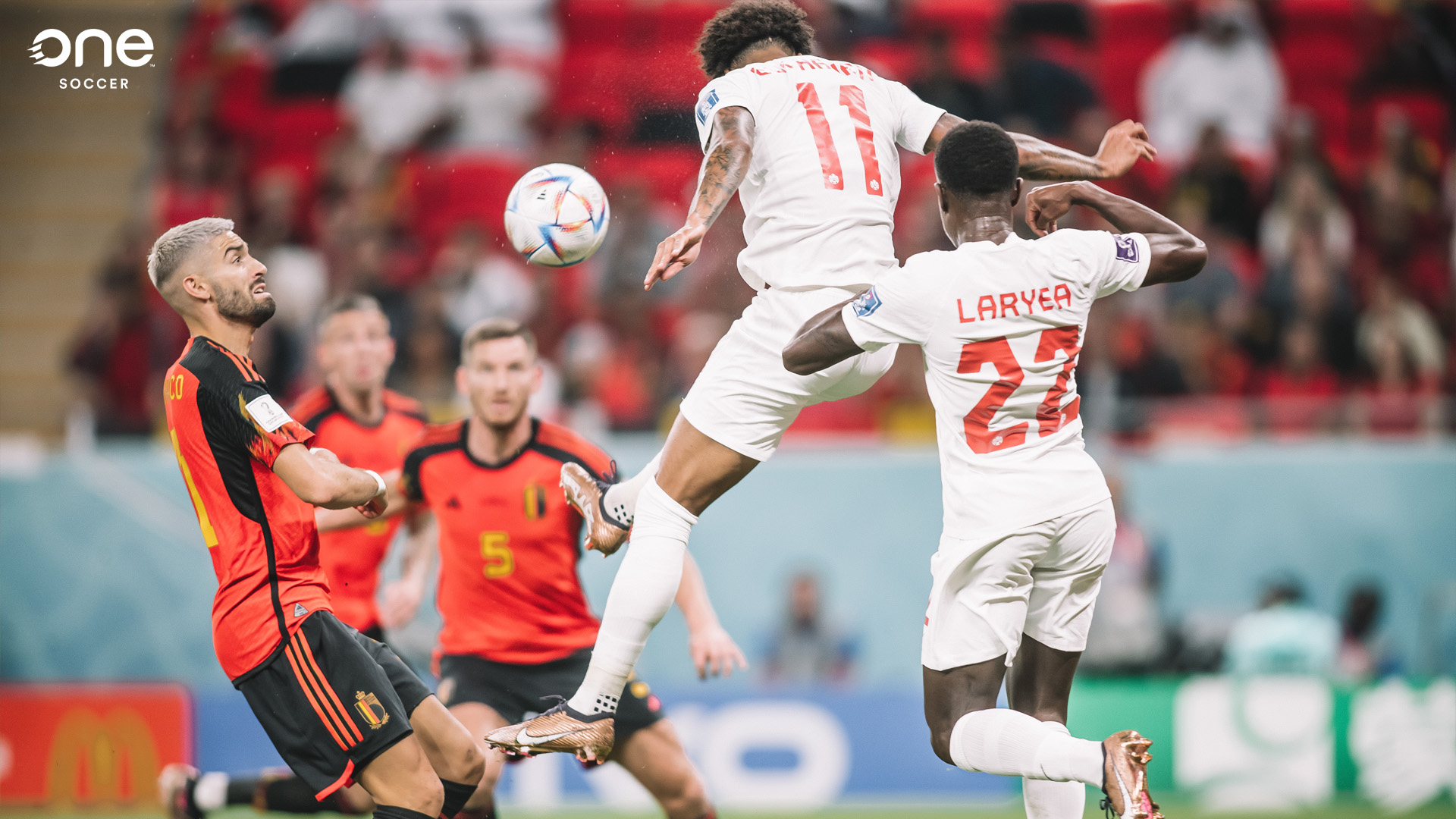 Speaking of building blocks, look for Canada to use this Morocco game as a chance to build off of some of the lessons that they learned in their first two matches tactically.

There's certainly been a lot to chew on after Canada's pair of losses; they learned a lot of lessons, good and bad.

First, in the Belgium game, Canada learned that they can go out and not just hang against a top team, but control and dictate play, too – only a lack of finishing and one untimely defensive breakdown stood between them and a memorable win.

Against Croatia, Canada learned that even if you don't play a bad game against good teams, you cannot afford to be sloppy even for one second, a lesson that Croatia mercifully taught them four times.

Most importantly, Canada learned that to beat either side, there's got to be more tactical intent in their play. Namely, they're going to have to consider balancing out their midfield, with the best potential option being a switch to a 4-3-3 long-term.

After shifting formations over the past year to much success in Concacaf World Cup Qualifiers, Canada started to really stick with a 3-4-2-1 in recent months, a shape that they then brought into this tournament.

While it's certainly worked for them, the 3-4-2-1 also has a few flaws, the lack of midfield support being the most obvious.

I'll dive into this more today, but having rewatched the #CanMNT vs 🇭🇷 game, this moment on Andrej Kramarić's offside goal shows what 🇨🇦 struggled with off the ball - their shape

If you're going to play a 442, your banks of 4 have to be even and compact. There was a lot of this pic.twitter.com/dDt98OLMK5

As the Croatia game then showed, at this level, games are won and lost in midfield, and Canada's top-heavy formation couldn't win that midfield battle. Shifting to a 4-3-3 formation makes sense, as it still keeps Canada quite heavy in attack, but gives them that extra push that they need in the middle of the park.

Of course, they'll want to maintain their trademark tactical flexibility, but the good news is that the 4-3-3 is by design a rather flexible formation. Off the ball, it can easily shift into a 4-4-2 – a set-up that Canada often uses defensively – while also serving as a 3-4-3 in the attack. Given Canada's propensity to build out of the back with three defenders, this benefits them on both fronts.

Most importantly, it gives them the solidity in midfield that they need to compete against tier-one opposition.

Understandably, Canada has wanted to play top-heavy as much as possible given the litany of attacking talent that they have at their disposal, but as they've come to learn in some of their games, it doesn't matter how many good attacking players you have on the pitch if you can't get them the ball.

With a bolstered midfield, that can change.

Stephen Eustáquio and Jonathan Osorio have more to give to this team. Add in the breakout of Ismaël Koné, and you've got the recipe for a formidable midfield trio, bolstered by Atiba Hutchinson, Mark-Anthony Kaye, and Samuel Piette as options to go more or less defensive, as needed.

There’s no better time to test this formation out than against Morocco, who boast an excellent midfield unit led by Sofyan Amrabat, giving Canada another fierce test in the middle of the park. Look for John Herdman to potentially transition to a new-look midfield group as they look to take that next step forward, instead of being overwhelmed in the middle of the park.

Setting the tone for 2026 World Cup 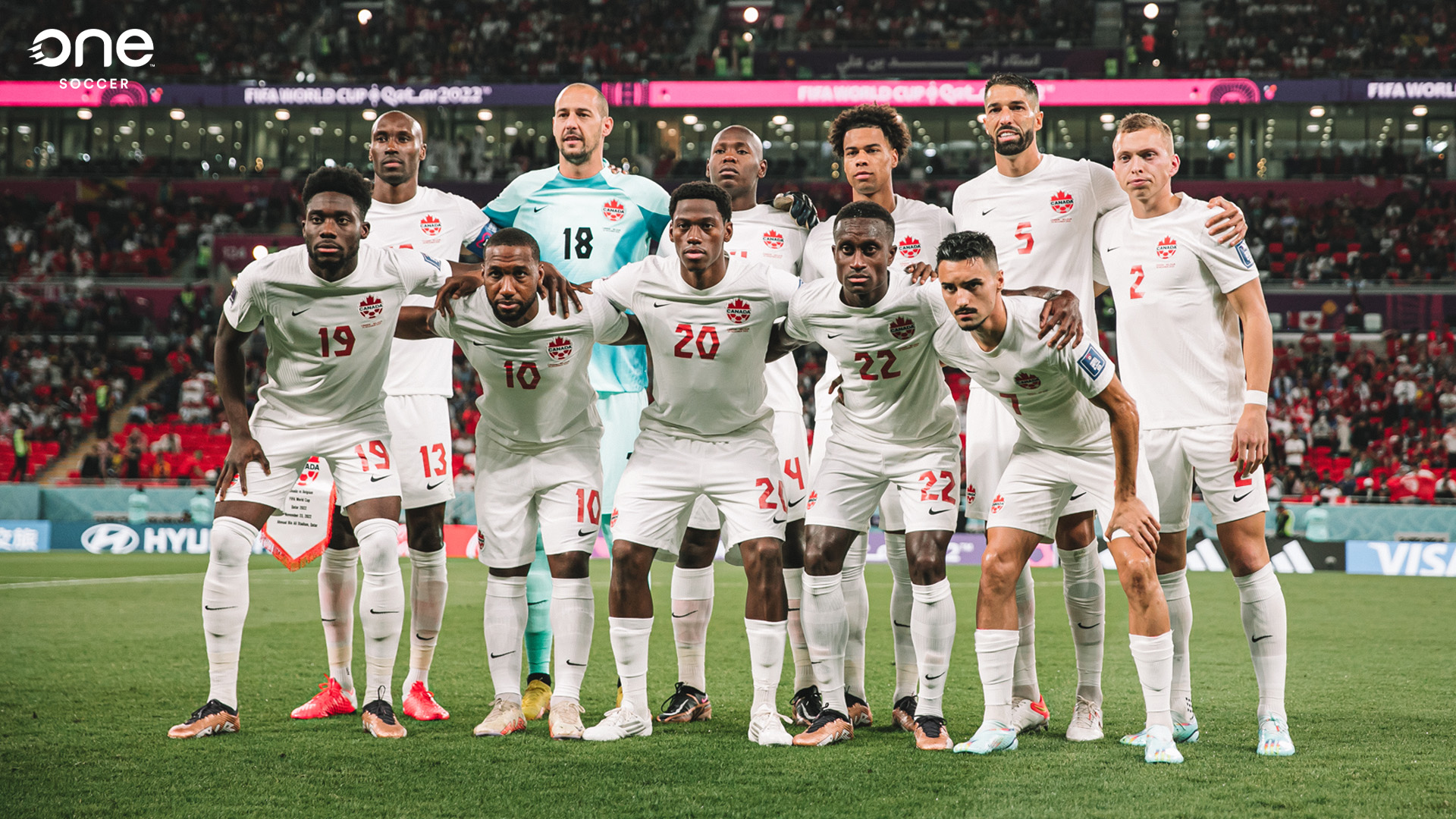 It’s the age-old question when it comes to games like this: Do you go for your best 11 to finish on a high, or do you look to the future?

As discussed in the clip at the top of this article, it's an intriguing question. Of course you want to give a run to those who have worked so hard to get to this point, and might not be around the next time Canada makes it to this stage (of which Canada is guaranteed to do in 2026), but you also want to give some who will most definitely be around the next time they play at the World Cup, giving them a taste of this level.

The good news? Canada doesn't really have to answer that question, as there's a lot of overlap between those two schools of thought.

Can't wait to see how this core group of players develops over the next four years.

The future is bright. #canMNT #FIFAWorldCup

Canada is already leaning on youth to get results, with a good chunk of their core still being quite young.

That's key, as that group of players 25 and under will be all under 30 by the time the next World Cup comes around, meaning that there is a strong chance that this experience will certainly serve them well in the future.

Because of that, don't be surprised to not see much change in Canada's lineup for this Morocco game, as they chase the result. That's not a bad thing, given how young they are as a team.

With the lone tweaks likely being to insert someone like an Ismaël Koné (who as a reminder will be 24 at the next World Cup), and maybe give a look to Dayne St. Clair in goal, those are changes that wouldn’t significantly alter Canada’s ability to grab a result (and could arguably help them).

For Herdman, that's good news, as it'll allow him to both live in the present and in the future, a luxury many coaches don't have.